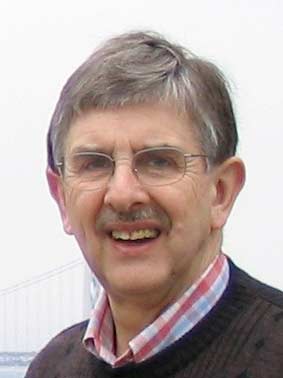 Peter Weston, a prolific fanzine publisher and convention organizer, one of the most influential British fans during his lifetime, died of complications of cancer on January 5. He was 73.

Weston discovered fandom in January 1963 at the age of 19. Rummaging through the SF books on sale in the Birmingham Rag Market, he found a slip of pink paper in one of them. “Are you interested in SF?” it asked, exhorting him to “Join the Erdington SF Circle.” Weston soon became active in Birmingham fandom and by November 1963 had published the first issue of his fanzine, Zenith.

Evolving through several name changes — Zenith, Zenith Speculation, Speculation – the fanzine became one of the most successful of those devoted to serious discussion of sf, receiving four Hugo nominations and a Nova award. Weston recalled, “I served a long and painful apprenticeship before Speculation hit its stride around the twentieth issue, when I had wall-to-wall professionals jostling for position – Harlan Ellison, Tom Disch, Fritz Leiber, Terry Carr, they were all there, along with Michael Moorcock who wrote a series of incredible columns… Later Mike was joined by Fred Pohl, who wrote a column for a while, and other professionals contributed, such as Greg Benford and Larry Niven…”

In the mid-Sixties, Weston wrote a fan news column for the British Science Fiction Association’s fanzine Vector under the pseudonym “Malcolm Edwards” – which had humorous consequences when, a few years later, a real Malcolm Edwards joined fandom and was greeted by people who expressed their pleasure at finally meeting him. By coincidence, both the fake Malcolm Edwards and the real Malcolm Edwards went on to chair British Worldcons.

In the Seventies, Weston held three Speculation Conferences in Birmingham (1970-1972), science fiction symposia inspired by his fanzine. He co-founded the Birmingham Science Fiction Group (BSFG) in 1971 and helped originate the convention Novacon that same year. He edited three volumes of the Andromeda anthology (1976, 1977, 1978). 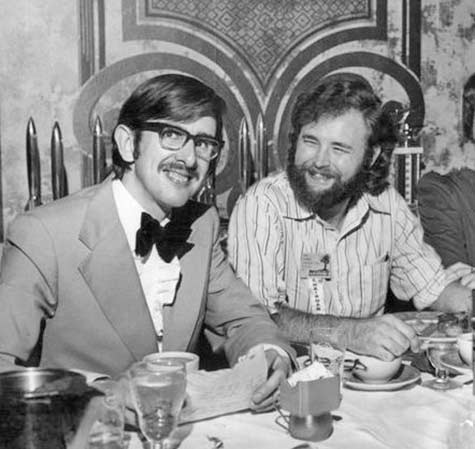 Weston was voted Trans-Atlantic Fan Fund delegate in 1974 and traveled to Washington DC for Discon II — even though this meant leaving behind his pregnant wife, Eileen, who gave birth four days after he departed, according to his trip report Stranger in a Very Strange Land. While in America he gathered support for a newly-created British bid for a Worldcon he would end up chairing at the end of the decade, Seacon ’79 in Brighton.

In his professional life, he once owned a foundry that produced the chrome-plated automobile door handles and hood ornaments for Jaguars, a technology he also put to use (beginning in 1984) manufacturing the rockets for the Hugo Awards. 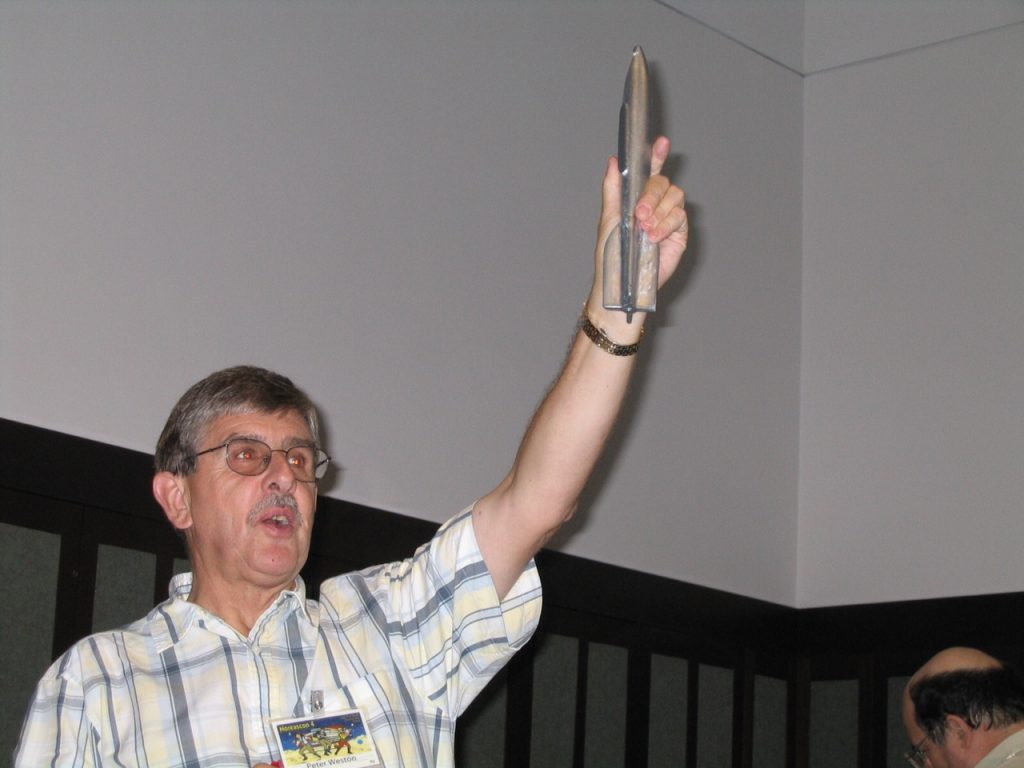 Peter Weston auctioning a Hugo rocket during Noreascon 4 (Boston), the 2004 Worldcon during which he was a Guest of Honor. Photo by Murray Moore.

Weston was a Worldcon guest of honor at Noreascon 4 in 2004, where his memoir With Stars in My Eyes: My Adventures in British Fandom was released. The volume knitted together several of Weston’s autobiographical articles, including two that held the record for number of views on Victor Gonzalez’s early fannish blog, Trufen.

In 2006, Weston revived his fanzine Prolapse (re-titled Relapse in 2009) after a 23-year hiatus. He concentrated on publishing articles about fanhistory. Issues can be downloaded from eFanzines.

Even this full resume of his activities barely suggests his social impact among his friends in fandom, where he was valued as a raconteur, or diplomatic skills, especially a rarity in early Seventies fandom when it still was an anarchic community largely composed of young men.

Weston’s funeral will be on January 23 at Sutton Coldfield. He is survived by his wife, Eileen, and his daughters. 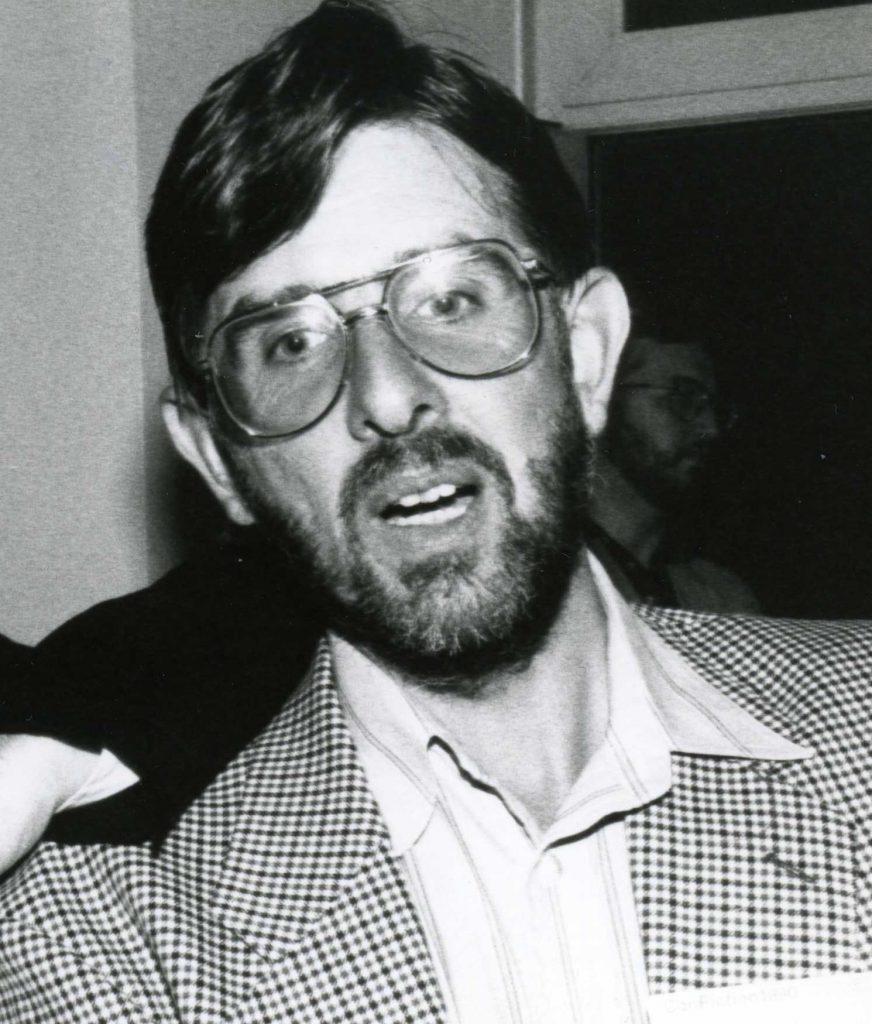 Weston at the 1987 Worldcon. Photo by and copyright © Andrew Porter