Some 2,000 years ago, a celestial phenomenon is believed to have lit up the sky. Guiding the wise men of New Testament lore to the birthplace of Jesus, the star of Bethlehem has since become a planetarium and Christmas carol favorite.

What that star might have been — a comet, supernova, or the conjunction of planets, let alone whether it ever existed — is one of the recurring questions that Brother Guy Consolmagno is called on to answer even though, he noted dryly, “it has nothing to do with our work as scientists at the Vatican Observatory.”

“Too often people get distracted by the Star and forget to look at the Child! And yet I also have to admit I feel a certain joy in the story, and a joy that this story has been so popular for so many people over the centuries,” said Brother Consolmagno, since 2015, the director of La Specola Vaticana (which translates as Vatican Observatory). “Of course, we have no idea what Matthew was writing about. It doesn’t matter!”

The observatory is the only Vatican institution that does scientific research, and Brother Consolmagno, a former physics professor and later-in-life Jesuit, is the public face of an institution whose work “is to show the world that the church supports science.”

(2) UP ABOVE THE WORLD SO HIGH. And here’s what you can look forward to if you keep watching the skies – “Astronomy Calendar For 2018”

(3) TRACKING SANTA. It wasn’t an unlisted number after this happened: “NORAD’s Santa Tracker Began With A Typo And A Good Sport”.

This Christmas Eve people all over the world will log on to the official Santa Tracker to follow his progress through U.S. military radar. This all started in 1955, with a misprint in a Colorado Springs newspaper and a call to Col. Harry Shoup’s secret hotline at the Continental Air Defense Command, now known as NORAD.

Terri remembers her dad had two phones on his desk, including a red one. “Only a four-star general at the Pentagon and my dad had the number,” she says.

“This was the ’50s, this was the Cold War, and he would have been the first one to know if there was an attack on the United States,” Rick says.

The red phone rang one day in December 1955, and Shoup answered it, Pam says. “And then there was a small voice that just asked, ‘Is this Santa Claus?’ ”

His children remember Shoup as straight-laced and disciplined, and he was annoyed and upset by the call and thought it was a joke — but then, Terri says, the little voice started crying.

“And Dad realized that it wasn’t a joke,” her sister says. “So he talked to him, ho-ho-ho’d and asked if he had been a good boy and, ‘May I talk to your mother?’ And the mother got on and said, ‘You haven’t seen the paper yet? There’s a phone number to call Santa. It’s in the Sears ad.’ Dad looked it up, and there it was, his red phone number. And they had children calling one after another, so he put a couple of airmen on the phones to act like Santa Claus.”

(4) DIAGNOSIS GRINCH. The Washington Post’s Susan Svrluga, in “The Grinch needs a good cardiologist, and other holiday stories explained by scientists”, interviews area scientists who answer scientific questions posed by fictional works, such as why Rudolph the Red-Nosed Reindeer’s nose glows.  (It could be because Santa’s sleigh crash-landed into the Red Sea and Rudolph got doused in glowing coral.)  Among the scientists interviewed was Johns Hopkins medical school cardiologist Dr. David Kass, who argues the reason why the Grinch’s heart grows three sizes in a day after he pigs out on Whoville food is that the Grinch is a snake and snake’s hearts expand after big meals.

(5) THE PERMANENT CAMPAIGN. Charles Stross, jockeying to keep his series eligible for a future year where he thinks there will be more UK voters to back him, asks —

Please do not nominate the Laundry Files for the best series Hugo award in 2018.

(Explanation below the cut.)

The rules for the best series Hugo award stipulate:

Previous losing finalists in the Best Series category shall beeligible only upon the publication of at least two (2) additional installments consisting in total of at least 240,000 words after they qualified for their last appearance on the final ballot and by the close of the previous calendar year.

This means that if series X is shortlisted in 2018 and loses, it won’t be eligible again until two more installments amounting to 240,000 words have been published in a subsequent year.

There is a significantly better chance of either series winning the award at a British—or Irish—worldcon, such as the one in Dublin in 2019, simply because the worldcon attendees will include more of my UK readers. However, a nomination in 2018 would probably lose (there are plenty of very good series works by American authors: consider Max Gladstone or Seanan McGuire, for example) and thereby disqualify me from eligibility in 2019.

(6) NOT TOO LATE. If you didn’t already get the gift you wanted this holiday season, maybe you can fill the void with the “Star Wars R2-D2 Coffee Press”. Or not – I keep visualizing giving R2 a sinus headache every time… 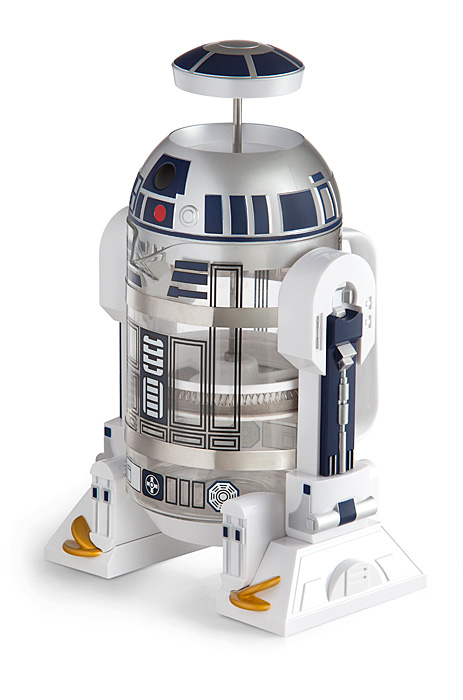 (11) NAUGHTY. The Guardian’s research shows Home Alone atop the pyramid — “Data sketch: the most pirated Christmas movies”. It’s A Wonderful Life is listed, too – I thought it was in public domain now?

Ted Chiang isn’t just one of the greatest science-fiction writers alive — he’s one of the greatest writers alive full stop. Which is why I was so saddened and disappointed by his recent excoriation of Silicon Valley in BuzzFeed. As the tech industry grows ever more powerful, we need brilliant minds critiquing and dissecting its many flaws. Instead we got a trenchant takedown of a Valley that only exists in the minds of especially shallow journalists.

To be clear, his larger point is dead on: that being that the worry about an AI which maximizes for the wrong thing, most famously one which is told to make paperclips and responds by turning the entire planet into paperclips, is a worry which applies perfectly and exactly to capitalism itself.

…But the thing Chiang doesn’t get is: Silicon Valley is actually not a home of paperclip capitalism. That’s Wall Street. That’s Confessions of an Economic Hit Man-style neoliberal globalization. That’s not the tech industry. The Valley is a flawed and sometimes terrible place, true, but it’s a nuanced sometimes flawed and terrible place.

(13) WATER IS COMING. I don’t know if it would melt the Wall, but it wouldn’t do any good to the rest of the world — “This is what global warming would do to the ‘Game of Thrones’ planet”.

The warring inhabitants of Westeros — one of the four known continents in the Game of Thrones world — dread the planet’s long, unforgiving winters. But a global warming event there, stoked by an influx of carbon dioxide into the atmosphere, would likely be even more dire.

Earlier this week, University of Bristol climate scientist Dan Lunt published a study that modeled the doubling of carbon dioxide on the Game of Thrones fantasy world. His results show that if these levels doubled over the course of a century, the average temperature on the planet would warm by over 2 degrees Celsius, or about 3.5 Fahrenheit. This climatic shift would make some areas nearly uninhabitable and unleash devastating natural disasters.

Gather the younglings for a centuries old family tradition the Darth Vader Yule Log. Sith Lords will be roasting on an open fire, as you sit back an enjoy some holiday classics.