(1) BACK HOME AGAIN IN INDIANA. In 1936 the Marshall College Archaeological Review accepted Professor Jones’ journal article, but asked for a few teensy changes – in “Why Professor Indiana Jones Was Hated By His Colleagues” at Cracked.

Though your findings are certainly incredible and we understand your enthusiasm, we must say that the title “God Melted Some Nazi Faces In Front Of Me” simply doesn’t fit our journal’s aesthetic. I am only more distressed by the title when I read the first sentence of your abstract, which states “At least I think that’s what happened. Really, I just closed my eyes for a while, and when I opened them, all the Nazis had melted.” As men of science, it is our academic duty to at least entertain the notion that there was a corrosive substance inside the Ark of the Covenant that killed them. Or perhaps there was some sort of violent squabble that erupted while you and Miss Ravenwood had your eyes shut. Or anything, really. Any explanation beyond “God did it” should, at the very least, be mentioned. This segues nicely into my next concern.

The new movie is set 20 years after the original, in Depression-era London and will pull from one P.L. Travers’ seven other ‘Mary Poppins’ novels.  (The 1964 film was based on the first, with hopes of turning them into a series, but Travers despised the film and nixed those plans.)

(3) IN TAVERNS TO COME. Rob Ehlert and Cathy Mate, the subjects of “Know Your Neighbors: Rob Ehlert of Dark Rogue Tavern” at Around Berwyn, are long time Chicago fans. Cathy’s husband, “Clash” DJed many Windycon dances prior to his death in 2013.

People will know it’s a tavern because in Chicago there will be snow around the entrance half the year…. (File 770 inside joke.) 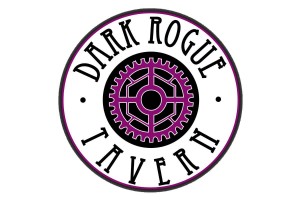 When an opportunity arises to receive a $10,000 endorsement from Bar Rescue’s Jon Taffer, you take it. That’s what Berwyn resident Rob Ehlert did when he entered his bar concept, Dark Rogue Tavern, into a nationwide entrepreneurial contest sponsored by the famous TV personality.

Dark Rogue Tavern will be Berwyn’s newest bar and grill scheduled to open in July 2016. The concept is the brainchild of Amy Mate and Rob Ehlert, who felt inspired to create “a ‘Cheers’ for nerds.” According to Ehlert, Dark Rogue Tavern will be a place for geeks, gamers, comic book collectors, sci-fi fans, and fantasy role-players to come together and enjoy a space dedicated to them. They can come with friends, or make new ones, and watch their favorite shows and movies, play their favorite games and enjoy craft beers, cocktails, and elevated bar food.

After pitching this idea to Taffer’s entrepreneurial contest, Mate and Ehlert made it into the top 10 but ultimately did not win the contest. But never fear! Dark Rogue Tavern will eventually be here, even without the $10K grant. “We will make this bar open regardless of the support from Jon Taffer,” said Ehlert.

(4) THE BRANDENBURG GREAT. Neil Clarke is the guest fiction editor of a science and sf theme issue of The Berlin Quarterly, a European print review of long form journalism, literature, and the Arts. Clarke says —

Their budget permitted me to select four reprints, so in this issue you’ll find:

(5) MEOW MIX. George R.R. Martin alerted readers of Not A Blog that Meow Wolf will be open to the public for the first time on March 18 and 19. He also linked to an LA Times story about the project, “Art collective builds a dream house in Santa Fe with millions of dollars – and junk”

Calling themselves “Meow Wolf,” they have earned a reputation for using whatever materials they can scavenge to build fantastical exhibits that are part haunted house and part jungle gym — giant artwork that people can step inside.

These immersive shows — a psychedelic cave, a junk-filled dome — have grown progressively more elaborate. Now, after years of surviving on shoestring budgets, Meow Wolf has persuaded investors to pour millions of dollars into something even bigger.

The Santa Fe group has procured an abandoned bowling alley in a struggling part of town to house a massive, permanent exhibit. King and his friends call it a dream come true, but it comes at a price.

Martin has invested $3.5 million in the project, says the LA Times.

(6) BERLITZKRIEG. I have it on the highest authority that Vox Popoli isn’t a result of an inability to spell vox populi, it’s a combination of the Latin phrase with the Italian la voce dei popoli.

And Vox Day isn’t “the voice of God” either. It’s a trilingual pun, Latin-Greek-English.

There will be a quiz.

(7) TWISTING IN THE WINDS OF WINTER. IGN has posted a video interview with George R.R. Martin and Colony co-creator Ryan Condal in which Martin delivered an intriguing bit of news.

George R.R. Martin has officially decided to write in the big twist he planned for his new book, The Winds of Winter. The twist on the twist? The Game of Thrones TV show won’t be able to pull it off, because it’s already killed off a key character involved in the storyline. Watch Martin give us the scoop in the video above.

This is just one awesome moment from our full 27-minute sit down with Martin and Colony co-creator Ryan Condal, where we talk the suggestions that changed their series completely, the sci-fi/fantasy properties that made them fans, dream casting and how to end a story.

[Selina Rosen:] It was never my intention to make you uncomfortable. I am not aware of touching you but know that if I did it was not meant as an insult or to make you uncomfortable. FYI till Monday of this week I did NOT even know that you were the one who turned me in. I apologize for any perception you had that I was in any way sexualizing or trying to demean you. I will be more aware in the future that fandom has changed and I must change with it or stay home.

[Mark Does Stuff:] Thank you very much for this, Selina. For what it’s worth, I believe you in that you may not have even known you were touching me. I appreciate your apology. I wish ConQuesT had just TOLD you about this so that you didn’t have to find out this way. Regardless, I genuinely thank you for posting this.

[Selina Rosen:] Not knowing who had told made it imposable for me to address the issue with you directly. Only know I am not that person and never have been.

[Selina Rosen.] Seriously I’m so sorry that I did this mostly because it’s the joke that will not die. I played to the audience. The joke is so old I have to go to the banks of antiquity to ask permission to use it. I will not do it again. I am sorry that he was so upset in any way. No one should be uncomfortable.

The preliminary recommendations for the Best Short Story category:

I’m wrapping these two together because they’re the big hitters of the Hugos even though the Campbell isn’t a Hugo. They’re also, well… kind of obvious. The Campbell website even has a list of eligible authors….

As for what to nominate, well, that’s up to you folks. I can guarantee that what shows up on my ballot will not be what bubbles to the top of the List, because I’m doing the List as a service to anyone who’s interested and trying to boost interest and involvement in the entire Hugos process. Also because I’m just weird.

I will start closing comments on the Sad Puppies recommendation threads starting around 5pm US Eastern Time on Monday 29th February. This is so I don’t have new recommendations coming in while I’m trying to collate what’s there.

Meccano was the British equivalent of the US Erector Set. The history of Meccano Magazine is available here at the Meccano Indexes and Information Home Page.

James May (not the Puppy James May) hosts the BBC show James May’s Toy Stories, where he built a Meccano bridge which supported a man, in Liverpool — part of a series which included running electric model trains for five miles in open country, building a two-story house out of LEGO, and creating a life-size plastic Airfix Spitfire model.

You can download issues of Meccano Magazine as PDFs here

(13) SPINNING SHIELD. ScienceFiction.com has the story: “ABC Releases Synopsis For ‘Agents of S.H.I.E.L.D.’ Spinoff ‘Most Wanted’”.

Back in January, ABC gave the green light to Marvel Television’s ‘Most Wanted’ after a period of will they/won’t they. Since then, the ‘Agents of S.H.I.E.L.D.’ spinoff starring Adrianne Palicki and Nick Blood has been ramping up. First, Delroy Lindo joined the cast as the swashbuckling adventurer Dominic Fortune. Now, we have our first description of the series that gives us a glimpse at Bobbi Morse and Lance Hunter’s new mission.

The first official synopsis for the latest show set in the Marvel Cinematic Universe was recently shared and as anticipated, we learn about Mockingbird and Hunter’s less than ideal situation where they find themselves with bounties on their heads. But there’s also some new information about Fortune’s role in the whole thing and how the three will come together…

[Thanks to Steven H Silver, Andrew Porter, and John King Tarpinian for some of these stories. Title credit goes to File 770 contributing editor of the day Nigel.]