(1) WOTF NEWS. Writers of the Future Contest quarterly finalist Benjamin C. Kinney has withdrawn his story and posted this statement on his blog:

Earlier this week, I received a phone call informing me that my final submission to the Writers of the Future contest (first quarter 2018) had been selected as a finalist. However, after contemplating the information1 that past winners have shared about the contest in recent weeks, I have withdrawn my finalist story from consideration.

I would not judge anyone for their past (or future) decisions to be involved in the contest, whether or not they act(ed) out of ignorance. After all, many writers – myself included – have long treated this contest as a normal fixture of our community. I hope my choice will help encourage others to reexamine that assumption.

For myself, no award is worth supporting an organization that has hurt and misused so many friends, fellow authors, illustrators, and human beings.

The blog post has links to some examples. In addition, I have heard private accounts of other (ongoing) forms of unprofessional and manipulative behavior by contest staff.

(2) THE FIRST ONE IS FREE. Episode 1 of “James Cameron’s Story of Science Fiction” is free at iTunes. 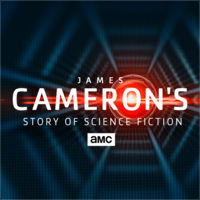 (3) FANFIC AND HISTORY. The Organization for Transformative Works (the closest thing to a central hub for transformative works fandom) is currently running a membership drive, and has highlighted their Open Doors project for the preservation of fannish history: “Your Donations Preserve Fannish History!”

Have you ever gone back to look for a fic you read years ago and found out it’s disappeared from the internet? We’ve all been there. As fandom grows and years go by, countless thousands of fanworks disappear every day—entire archives go offline every month, and with them treasures are forever lost to fandom and future generations of fans.

That’s where Open Doors comes in! Open Doors is a project of the Organization for Transformative Works (OTW), dedicated to preserving and archiving fannish voices. It works with the Archive of Our Own (AO3) to protect your old favorites from other places around the web. Your donations give us the resources we need to continue this work. In 2017 alone, Open Doors was able to preserve almost 43,000 fanworks thanks to your support!

(4) AUCTION OF ROLLY CRUMP COLLECTION. Gwynne Watkins, in “See Rare and Wonderful Disneyland memorabilia From Small World, Haunted Mansion, and the Enchanted Tiki Room Before It Goes on Auction Block” on Yahoo! Entertainment, says there is a big auction on April 28 from the collection of Rolly Crump, who was an animator and designer of Disneyland rides in the 1950s and 1960s.

I remember the flying saucer poster from the days when it was first in use. 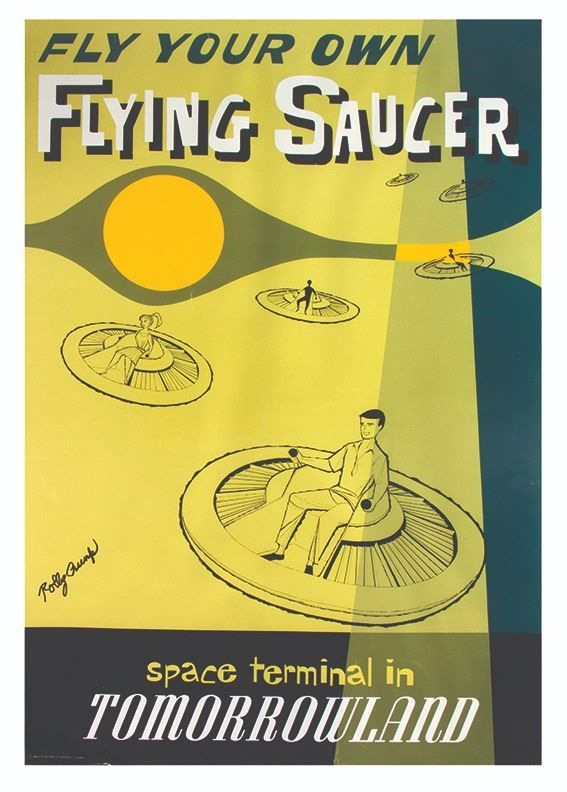 (5) THE MANGA EXCEPTION. James Davis Nicoll isn’t always dialed up to 11 about unfinished series: “Halfway to Nowhere: On Enjoying the Narrative Journey”.

Like so many other readers, I am frustrated by interminable series that never end. I complain. Loudly. Publicly. In print (well, HTML). I do this because it’s the right thing to do. I may have a twinkling of a hope that some authors will wake up and conclude their series. But that hope is as long-lived as a firefly. Alas.

I do make an exception for works in which the destination is never the point, in which the goal is simply to enjoy the journey.

(6) OMAZE. Omaze features a chance to meet Game of Thrones’ Emilia Clarke as the prize in its new fundraiser.

Every donation supports the Royal College of Nursing Foundation.

The Royal College of Nursing Foundation provides vital support for the nurses, midwives and health care assistants who care for us and our families day in and day out. The Foundation encourages young people to join the nursing profession, funds education and training opportunities, lends a hand to those struggling to meet the rising cost of living and provides advice and support to get their lives back on track.

A funny video of Emilia Clarke trying to spill the beans:

(8) ROBOPROF. They haven’t taken over the teacher’s job….yet! “Robots are helping pupils to learn in Finland”.

Elias, the new language teacher in a school in southern Finland, has endless patience for repetition, never makes a pupil feel embarrassed for asking a question and can even do the “Gangnam Style,” dance. Elias is also a robot.

Elias is a language learning solution comprising a humanoid robot and mobile application, currently being trialed in a year-long pilot program at alongside a maths-teaching robot at a primary school in Finland’s third-largest city.

The robot can speak 23 languages and is equipped with software that allows it to understand students’ requirements.

Episode 3 of Netflix’s Lost in Space comes remarkably close to where one of the characters could say (with alarm), “Our hovercraft is full of eels!”

(Close, as in, not a hovercraft. Or even a Lovecraft.)

(10) HERE’S TO YOU, MISSING ROBINSONS. Geek Interviews delivers an “Interview With The Robinsons.”

The cast of Netflix’s Lost in Space might be lost in the show, but in reality, they are pretty well-versed in pop culture and could navigate around the many questions we tossed at them. Geek Culture caught up with the stars of the Robinsons family in Tokyo, consisting of Toby Stephens, Molly Parker, Taylor Russell, Mina Sundwall, and Maxwell Jenkins.

Sal Frieland is a detective in a world with no privacy or anonymity; where everyone’s lives are transparent, traceable, and recorded by the authorities; where crime almost ceases to exist. But in trying to solve a series of murders, Frieland stumbles on a young woman known only as the Girl. She has no identity, no history and is invisible to the cops. Sal realizes this may not be the end of crime, but the beginning.

(12) THE PRO CIRCUIT. The BBC covers “The harsh realities of being a professional ‘girl gamer'”.

Trolls told Leahviathan to “get cancer and die” and made rape threats because she promoted a game they didn’t like. She is pragmatic: “They bother me, but I know by and large, they’re not real. I try to just separate them from the reality of what I do.”

It’s imperative to learn how to cope with the scale and intensity of the vitriol that can sometimes be experienced. Ignoring trolls and refusing them the attention they crave is a key strategy. Alternatively, calling their bluff and trolling them back in a positive way often helps defuse the situation. Leahviathan also has a moderation crew who help manage abusive comments.

Leahviathan doesn’t reveal her surname or where she lives, which is quite common for live streamers. It’s important to preserve a little bit of privacy.

(13) HUSH-A-BOOM. “The return of a secret British rocket site”. Maybe not that secret as they were testing engines, which would have been noisy; now, noise reduction is part of the research program.

… Originally a World War Two training base for bomber crews, RAF Westcott became the Guided Projectile Establishment in 1946, and was renamed the Rocket Propulsion Establishment (RPE) a year later.

One of RPE’s initial roles was to study seized Nazi rocket planes and rockets – like the Messerschmitt Me-163 Komet, the V1 Doodlebug and the V2 ballistic missile – and also learn what they could from captured German rocket scientists, some of whom stayed on as employees and worked at the site until the 1960s. “As an apprentice at Westcott I well remember seeing a V2 rocket in its trailer, a Messerschmitt Komet and a Saunders-Roe rocket plane,” says Ed Andrews, a Westcott veteran who now helps look after the historic site.

…In addition to such safety concerns, Westcott’s new rocketeers will have new environmental concerns to worry about, not least because the site is a bit of a wildlife haven – with kestrels, rabbits, deer, red kites and bats amongst its occasional inhabitants. “We have had to relocate some bats from some old buildings to make sure they are kept happy,” says Mark Thomas, chief executive of Reaction Engines.

“We’ve also done a huge amount of work on noise reduction. The five-metre-high wall around our Sabre test stand is for noise suppression and we expect a remarkably low level of noise as a result. But tests will only run for short periods in any case,” says Thomas. That’ll please the neighbours: former Prime Minister Tony Blair’s country pile is next door.

Whether British-based rocketeers can create a resurgence at Westcott remains to be seen. But at least they now have a chance. Just last week Reaction Engines secured a massive £26m ($35.9m) investment from aircraft and rocket maker Boeing and jet engine maker Rolls-Royce….

(14) VIDEO OF THE DAY. In “Where Did Time Travel Come From?” on YouTube, the Nerdwriter traces the origin of time travel stories to Charles Darwin and the nineteenth-century utopian romance.