(1) FREE AT LAST. It will be a historic moment when Baen Books releases volume 1 of The Best of Gordon R. Dickson on April 4, because the collection will include the never before published “Love Story,” written for Harlan Ellison’s legendary, but never published anthology, The Last Dangerous Visions.

The Best of Gordon R. Dickson, Volume I, gathers together fourteen stories, predominantly from the first half of legendary science fiction and fantasy writer Gordon R. Dickson’s career, ranging from the early 1950s through the 1960s, including tales dragons, dolphins, aliens, werewolves, mutants and humans trying to make sense of an infinitely bewildering universe.

A maiden aunt is suddenly given superpowers. An alien who looks like a large, sentient rabbit makes ominous announcement which make no sense from behind an impenetrable force shield. Humans besieged by an alien enemy refuse, against all reason, to give up fighting. And much more, in stories running the gamut from exciting adventure to stark tragedy to hysterical comedy.

This is the first of two volumes.

(2) THE VERDICT. This is from an advice column by “Judge John Hodgman” in the December 11 New York Times Magazine.

Phil asks:  “”My wife and I have agreed on a name for our future daughter, but we disagree on the spelling.  She wants ‘Mira”; I want ‘Meera.’ She prefers her spelling because she says it looks better.  I prefer ‘Meera’ as a tribute t George R.R. Martin and his character of the same name–and because the name cannot be mispronounced.’

John Hodgman:  “As a fan myself, I can appreciate your desire to name your daughter after Meera Reed, the trident-weilding heir to Greywater Watch.  But I think there are many traumatized Bilbos who will want a word with you first.  As it happens, ‘Meera’ is actually a real Hindi name here on Earth.  You can try to sell your wife on that.  But we all know what you’re really doing.  This court rules: Mira, a name meaning ‘wonderful,’and one that has never been misrpronounced.”

(3) INCOMING. Because Mount TBR is never high enough, allow me to refer you to The Verge’s list of “39 science fiction, fantasy, and horror novels to read this April”.

Sofia Samatar won widespread praise for her novels A Stranger in Olondria and The Winged Histories. She’s now releasing her first collection of short fiction, Tender. The collection’s 20 stories include letters, supernatural beings, Middle Eastern fairy tales, and quite a bit more. The book has also since earned a coveted starred rating from Kirkus Reviews, which called the book “an impressive collection of stories that excite the imagination.”

(4) COOL STUFF. The Washington Post tells how “One of America’s foremost rare-book appraisers hangs on in the digital age”.

Stypeck is an impossible character, the kind of larger-than-life raconteur people say doesn’t exist inside the button-down Beltway. He’s the impresario of Second Story Books, one of the nation’s foremost appraisers of rare books and manuscripts, and a regular on “Chesapeake Collectibles” on Maryland Public Television.

Over his four-decade career, this “wanna see something cool?” gambit might have referred to an $11 million copy of John J. Audubon’s “Birds of America”; the mummified corpse of Gold Tooth Jimmy, a Detroit gangster; Henry Kissinger’s papers; dinosaur eggs; or a first edition of “The Great Gatsby,” complete with the telltale error “sick in tired,” on Page 205, which would let you know the book you’re holding is likely worth $100,000 or more.

What you didn’t notice about this book is that it is supposed to be printed in a 50-copy edition.  This publisher did a similar critical set for James Joyce a couple of years ago.  Basically, they are out to soak money out of 50 large libraries.

Routledge announced this table of contents in December 2016.  I and several other Tolkien scholars were never contacted about the reprint rights of our works, and I checked with my publishers too, who told me they hadn’t been approached either.  I have told Routledge twice that I emphatically refuse permission to reprint my work (and I asked my publishers to refuse permission as well), and asked that my name and works be removed from their contents page.  So far, this has not happened.

As far as I can tell, this is an academic publishing scam of the worst type, and it should be called out for what it is.

(6) COMIC SECTION. John King Tarpinian found a cartoon that combines references to sf and the impending tax return deadline at Frank and Ernest.

A number of years ago, maybe a dozen, Ray Bradbury had just done an appearance at the Woodland Hills library branch.  Afterwards, we went across the street for dinner.  There were about a dozen of us, Ray’s entourage (including me) plus the library staff.  Ray sat at the head of the table, sipping wine, as the rest of us were sharing stories and laughing.

All of a sudden Ray turned to me and asked for a pen and paper.  He jotted down a few notes.  I, jokingly, asked Ray if he had just written a new story.  Sure enough a story had just came to him, fully formed.  Ponce de Leon came to the new world looking for the fountain of youth.  He discovers that the true fountain of youth is laughter.  The story came to him because of the rest of us sitting around and laughing 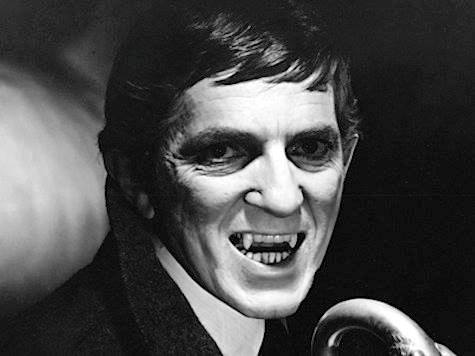 (10) MEDICAL AND OTHER EXPENSES. Atlanta fan Lewis Murphy, a long-time member of ASFS, needs help and has started a GoFundMe appeal to raise $5,000.

This is to defray costs of my medical treatments, transportation, and living expenses. I currently try to live on disabilty and a part-time job. I live alone. I am in congestive heart failure and require a replacement defib/pacemaker in the next month.

Though I can drive, my car broke down almost 2 years ago and the company responsible refused to honor the warranty. I had to sell the car and now rely on public transportation for everything, which is much more expensive than a cheap car.

(11) CRASH COMING. Tom Galloway predicts the Internet could go down on April 8 because San Diego Comic-Con,  New York Comic-Con, Gallifrey One (LA), and Blizzcon (Anaheim) tickets will go on sale that day.

(12) BUTLER TRIBUTE. The lineup of writers for Luminescent Threads: Connections to Octavia Butler has been announced. The collection of original letters and essays will be published by Twelfth Planet Press in June 2017.

There are letters from people who knew Butler and those who didn’t; some who studied under her at the Clarion and Clarion West workshops and others who attended those same workshops because of her; letters that are deeply personal, deeply political, and deeply poetic; and letters that question the place of literature in life and society today.

Essays include original pieces about Butler’s short story “Bloodchild” and whether we should respect Butler’s wishes about not reprinting certain works. All of these original pieces show the place that Octavia Butler had, has, and will continue to have in the lives of modern writers, editors, critics and fans…. Luminescent Threads will also include reprints of articles that have appeared in various forums, like SF Studies, exploring different aspects of Butler’s work.

(13) SLAUGHTERDOGHOUSE 451? That will not be the title of the book Doris V. Sutherland plans to write about Puppy history using her series of blog posts as the core.

A while back I contributed a series of articles to Women Write About Comics where I compared the stories nominated for the 2014 Hugo Awards with the stories on the 2015 Sad/Rabid Puppies slates; the total word count was around 40,000. I followed the articles up by reviewing the 2016 nominees, which took about 11,000 words.

I was surprised when I did the sums: had I really written that much? Had the combined word count of my Hugo reviews actually surpassed that of Slaughterhouse-Five, Fahrenheit 451 and The Great Gatsby? As hard as it was to believe, it was true. I had written a book’s worth of material.

Which made the next stage obvious: rework my articles into a book!

… While my WWAC articles divided the stories by Hugo category, I want to try something more organic in Monster Hunters, Dinosaur Lovers. Certain chapters will focus on the work of key authors, such as Larry Correia and John Scalzi, while others will cover genres and subgenres: military SF, horror fiction, space opera and so forth. My intention is to rework my WWAC posts from a pile of reviews into a set of cohesive essays that locate the stories within a more precise cultural context.

One of the topics that I would like to examine is how the Puppies have evolved from a pressure group focusing on the Hugos at the behest of an established author (that is, Larry Correia) to a brand that unites multiple authors, some of them newcomers who have made their names as Puppies. By joining the Puppy movement, new writers such as Declan Finn, Rawle Nyanzi and J. D. Cowan have benefited from a pre-existing readership eager to consume fiction written by an outspoken anti-SJW; whatever one makes of the ideology behind all this, it will be a potentially rewarding case study in regards to modern indie publishing. And so, I plan to include a chapter that looks at the world of Puppy publishing: Sci Phi Journal, Cirsova magazine, Superversive Press (publisher of the recent Forbidden Thoughts) and the concept of a “pulp revolution” championed by Jeffro Johnson.

(14) MARTIAN CHRONICLES. Bill Mullins points out that the 1980 NBC miniseries of Bradbury’s The Martian Chronicles is available on YouTube, and can be binge-watched in its 4 hour 37 minute entirety at the link, or one episode at a time — Part I: The Expeditions; Part II: The Settlers; Part III: The Martians.

And the miniseries is currently under discussion on Metafilter.

Stephen Hawking has had the same trademark voice for 30 years and has now decided it’s time for a change. Watch him view the audition tapes from hopeful celebrities…

[Thanks to John King Tarpinian, Cat Eldridge, JJ, Andrew Porter, Bill Mullins, Martin Morse Wooster, and Douglas A. Anderson for some of these stories. Title credit goes to File 770 contributing editor of the day Bill.]