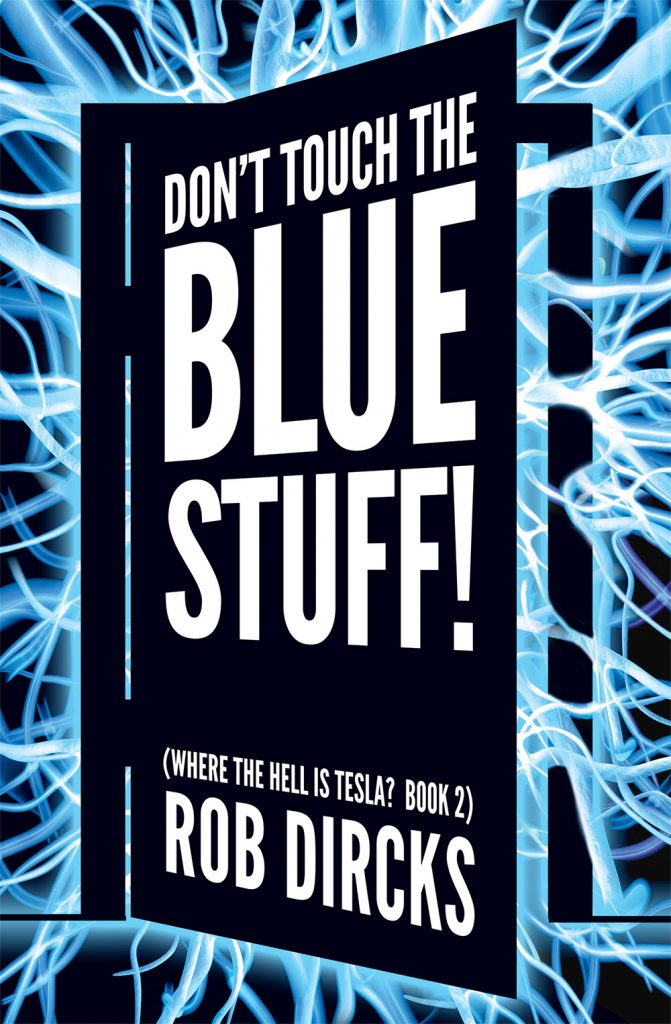 By Carl Slaughter: Rob Dircks, author of the Audible bestseller Where the Hell is Tesla?, has done it again.  The main character from the Bill and Ted style story is now a badge carrying interdimensional agent in Don’t Touch the Blue Stuff.  Also, check out Dircks’ The Wrong Unit. 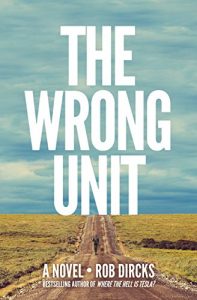 CARL SLAUGHTER:  In the first book, Chip is accidentally caught up in an adventure and just wants to get home to the woman he loves.  Now he has a job as a interdimensional agent.  Has he undergone some type of character transformation or is he still basically the same Chip we met the first time around?

ROB DIRCKS:  Chip, in Where the Hell is Tesla?, transformed from a near-total slacker with questionable courage into the brave, resourceful hero required to beat the bad guy and win back his ex-girlfriend. This time around, now with (hopefully some) courage under his belt, Chip needs to confront something quite different about both his relationship with Julie and with Pete. I don’t want to give it away, but bravery and loyalty only go so far when you’re faced with something like this. 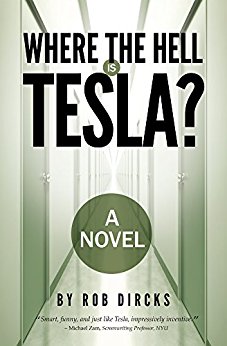 CS:  What about Pete?  He’s off in another dimension.  Aren’t he and Chip supposed to be inseparable adventurers?  Aren’t their chemistry part of the reason for their getting into and out of trouble?

RD:  I felt strongly that if the story was another “On the Road with Chip and Pete” it would have veered dangerously into been-there-done-that territory. So yes, I did the exact opposite: separated the inseparable, setting up the first and second act of the story. But don’t worry, Chip’s got another partner this time, and they have something you might call “chemistry.” (If by “chemistry” you mean fighting like cats and dogs.)

CS:  Chip’s new partner is an FBI agent who is pretty much the opposite of Pete and who can hardly stand to be in the same room with Chip.  How does that chemistry play out?

RD:  I love Chip’s new partner, Agent Gina Phillips. Yes, she is at Chip’s throat from the first moment, but that sets up wonderful comic moments, great opportunities for tension/release, and a lot of room for relationship growth. I’d like to think that by the end, the seeming one-dimensional Gina/Chip thing has developed into something really interesting (and totally absurd, of course). 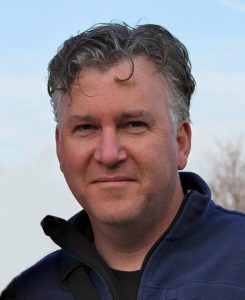 CS:  Is Chip going to be a father?  Will his child grow up to be an interdimensional adventurer/agent?  Will father and son/daughter be the next duo?

RD:  I’m not going to give anything about that away, but I will say that you bring up some excellent ideas for the future! IF Chip was going to be a dad (and I’m not saying he is), how cool would it be to have them wind up in the Interdimensional Transfer Apparatus?

CS:  Is Julie ever going to step into the portal?

RD: For now, I think I want Julie to represent home. I always love the idea of hero journeys bringing a protagonist home, like adventures are wonderful, but afterwards, don’t we all want to feel safe and sound? So no, no portal for Julie. (But on the other hand, especially with this series, I’ve learned it’s very much never-say-never.)

CS:  Do we actually get to meet a living, breathing, original version Tesla in either book?  Will Tesla play a larger role in this story or coming sequels?

RD:  It’s funny you mention that, I’ve been thinking a lot about what happens to Nikola Tesla. He is, after all, eighty-six years old in this series. If it wasn’t an absurd comedy, I might say he’d die in the next one – but I don’t really think I could bring myself to that. I might have to have him go back into the “Closed Timelike Curve” and see where that takes us 😉

CS:  In a screen version, who would play Chip, Pete, Julie, Meg, Gina, and Fred?

RD:  Wow – believe it or not, I’ve never thought about that. Well, maybe once I thought about Seth Rogen for Chip. So maybe him and James Franco as Pete, I love the way the two of them play against each other. Or James Marsden as Pete. Julie? Maybe Kate McKinnon. Meg would definitely be Mayim Bialik from Big Bang Theory (actually you could just move the whole cast of Big Bang Theory over to this story and they’d be wonderful. Gina would have to be someone really tall and imposing, someone like Jane Lynch. And while we’re fantasizing, I’ll just make Fred me. Yeah, I want to be in this movie too.