By John King Tarpinian: This evening the Alex Theater in Glendale, CA had a showing of Frankenstein Meets the Wolfman plus the Mickey Mouse cartoon “Runaway Brain.” There is nothing like watching classics on the big screen with a full audience.

Frank represented the Electrican party while Wolfie was from the Lycancrat ticket. Many topics of the day were debated; Frank thought that the best way to solve the energy crisis was with lightening while Wolfie thought moonlight was the best approach…because moonlight was more predictable.

Frank was portrayed by make-up artist John Goodwin and the Wolfman was portrayed by character actor, Daniel Roebuck. They also appeared in their own political ads which have already found their way onto YouTube. 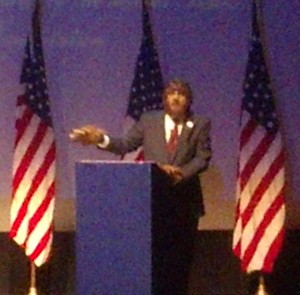 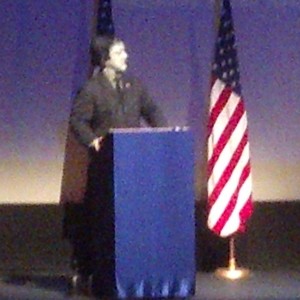 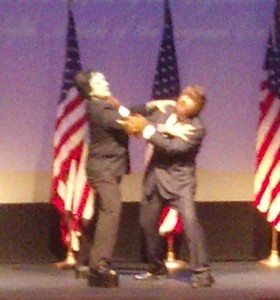 The candidates settle their differences. 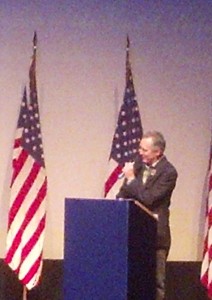 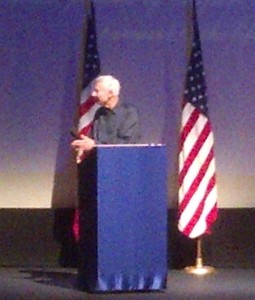