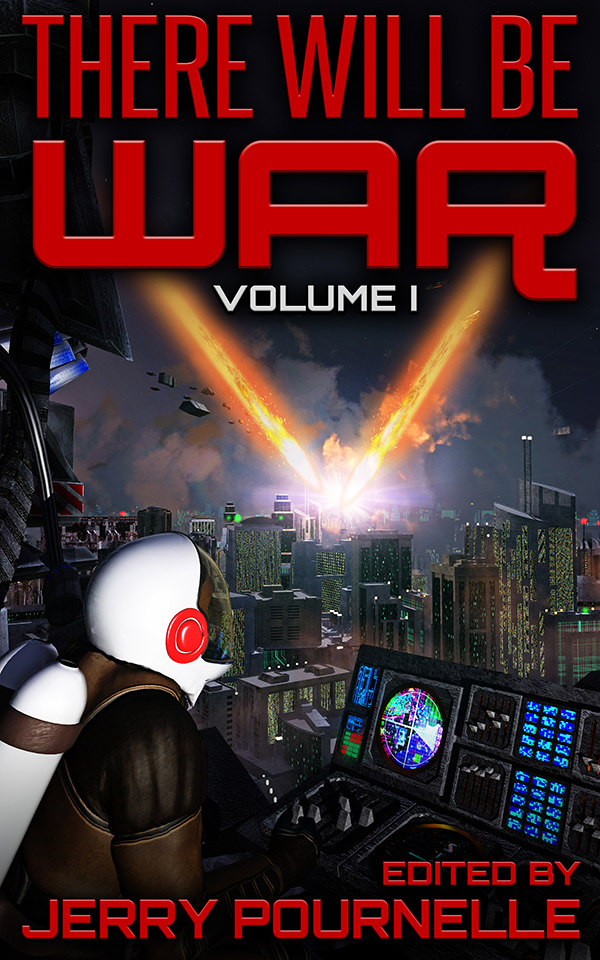 Jerry Pournelle’s There Will Be War series is returning to print. All nine volumes will be reissued by Castalia House in ebook and two-volume omnibus hardcovers.

I’m glad to see that Dr. Pournelle, who I have now known over 40 years, will have his iconic titles back on the market.

Jerry commented on the project’s history for File 770:

I am very pleased that we were able to revive, in both hardbound and eBook, the There Will Be War anthology series.  The series was conceived during the Cold War, but most of the stories take place in other eras.  I am not astonished that they hold up well long after the collapse of the Soviet Union ended that conflict. We will be releasing the original 9 volumes over the next year and revive the series after that.  However much international politics may change, it remains likely that There Will Be War.

Informal addition: when I announced this series with what turned out to be the first of nine volumes of one of the most successful SF anthologies ever produced, the title so disturbed my friend Harry Harrison that he rushed out an anthology he called There Won’t Be War.  It was, alas, the only volume ever produced.

Additional information: This series bought only anthology rights, but many of its stories were original, thanks to the untiring efforts of my friend and associate John Carr, who worked with many authors both veteran and new. I was too deeply involved with other projects to undertake such a difficult task.

Castalia House will also be creating a new book in the series, There Will Be War volume X. Vox Day says they will be acquiring stories and articles. “Reprints are fine; TWBW has always been reprints.”

Castalia will also continue its Riding The Red Horse series, comprised of only new fiction.