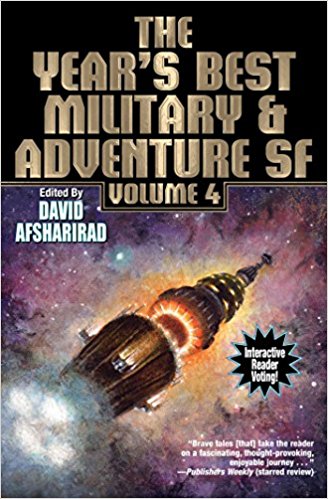 Registration with Baen Ebooks is required to vote. Alternatively, people may send a postcard or letter with the name of their favorite story from this volume and its author to Baen Books Year’s Best Award, P.O. Box 1188, Wake Forest, NC 27587. Voting closes August 15, 2018.

The winning story will be announced at Dragon Con in Atlanta, held over Labor Day Weekend 2018, and at Baen.com. The author will receive an inscribed plaque and a $500 prize.