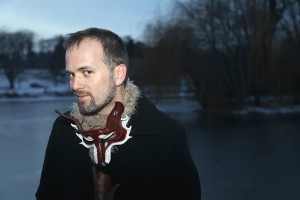 Alexander studied theater and folklore at Oberlin College and English at the University of Vermont. He teaches in the Vermont College of Fine Arts MFA program in Writing for Children and Young Adults. Like the protagonist of Nomad and Ambassador, he is the son of a Latino immigrant to the US. Alexander is a Clarion graduate. All of his books are middle grade. 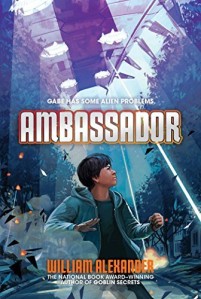 Gabe Fuentes is reading under the covers one summer night when he is interrupted by a creature who looks like a purple sock puppet. The sock puppet introduces himself as the Envoy and asks if Gabe wants to be Earth’s ambassador to the galaxy. What sane eleven-year-old could refuse?

Some ingenious tinkering with the washing machine sends Gabe’s “entangled” self out to the center of the galaxy. There he finds that Earth is in the path of a destructive alien force—and Gabe himself is the target of an assassination plot. Exactly who wants him out of the way? And why?

Back home, Gabe discovers that his undocumented immigrant parents are in danger of being deported. Can Gabe survive long enough to solve two sets of “alien” problems? He runs for his life, through Minneapolis and outer space. 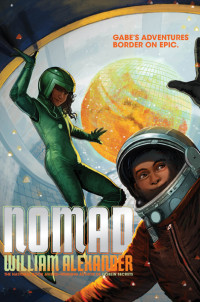 When we last left Earth’s Ambassador, Gabe Fuentes, he was stranded on the moon. And when he’s rescued by Kaen, another Ambassador, things don’t get better: It turns out that the Outlast— a race of aliens that has been systematically wiping out all other creatures—are coming. And they’ve set their sights on Earth.

Enter Nadia. She was Earth’s Ambassador before Gabe, but left her post in order to stop the Outlast. Nadia has discovered that the Outlast can conquer worlds by travelling fast through lanes created by the mysterious Machinae. No one has communicated with the Machinae in centuries, but Nadia is determined to try, and Gabe and Kaen want to help her. But the three Ambassadors don’t know that the Outlast have discovered what they are doing, and have sent assassins to track them down.

As Nadia heads deeper into space to find the Machinae, Gabe and Kaen return to Earth, where Gabe is trying to find another type of alien—his father, who was deported to Mexico, and who Gabe is desperate to bring home. From a detention center in the center of the Arizona desert to the Embassy in the center of the galaxy, the three Ambassadors race against time to save their worlds in this exciting, funny, mind-bending adventure. 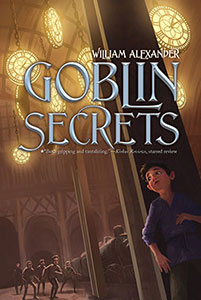 In the town of Zombay, there is a witch named Graba who has clockwork chicken legs and moves her house around—much like the fairy tale figure of Baba Yaga. Graba takes in stray children, and Rownie is the youngest boy in her household. Rownie’s only real relative is his older brother Rowan, who is an actor. But acting is outlawed in Zombay, and Rowan has disappeared.

Desperate to find him, Rownie joins up with a troupe of goblins who skirt the law to put on plays. But their plays are not only for entertainment, and the masks they use are for more than make-believe. The goblins also want to find Rowan—because Rowan might be the only person who can save the town from being flooded by a mighty river. 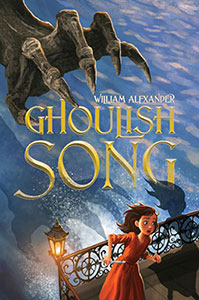 Kaile lives in Zombay, an astonishing city where goblins walk the streets and witches work their charms and curses. Kaile wants to be a musician and is delighted when a goblin gives her a flute carved out of bone. But the flute’s single, mournful song has a dangerous consequence: it separates Kaile and her shadow.

Anyone without a shadow is considered dead, and despite Kaile’s protests that she’s alive and breathing, her family forces her to leave so she can’t haunt their home. Kaile and her shadow soon learn that the troublesome flute is tied to a terrifying ghoul made from the bones of those who drowned in the Zombay River. With the ghoul chasing her and the river threatening to flood, Kaile has an important role to play in keeping Zombay safe. Will Kaile and her shadow be able to learn the right tune in time?

Set in the delightful and dangerous world of Goblin Secrets, Ghoulish Song is a gripping adventure laced with humor and mystery.