This weekend’s Nebula ceremony kerfuffle sent ripples in all directions. Even though SFWA President Steven Gould resolved it within hours, on Facebook a few hours is the internet equivalent of dog years, more than enough time for people to replay every gaffe and grievance that ever happened at a Nebula Weekend.

However, nothing can rival Isaac Asimov’s ghastly mistake at the 1971 Nebula Awards ceremony. Nor has any other gaffe worked out better for the injured party in the long run. 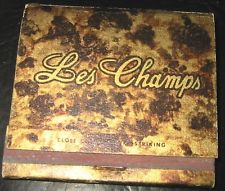 Asimov had been pressed into service at the last minute. While that was not a problem for anyone who loved an audience as much as the Good Doctor, it meant that he had little time to study the handwritten list of results. In those days the emcee was not only given the names of the winners, but the names of the runners-up, which he also announced.

When Asimov came to the Short Story category his eyes slipped over “No Award” and he read the first real name on the list — which was Gene Wolfe, author of “The Island of Doctor Death and Other Stories.”

As Wolfe stood up a SFWA officer promptly whispered a correction to Asimov. Asimov went pale and announced he’d made an error. There was “No Award” in the Short Story category. Wolfe sat back down.

Around him everyone felt the rollercoaster nausea of stomachs dropping out of backsides. Had it been me, I would have fainted or screamed or punched Norbert Slepyan of Scribner’s, who was sitting next to me. Gene Wolfe just smiled faintly and tried to make us all feel at ease by a shrug and a gentle nod of his head.

Fortunately, the mistake was eventually redeemed. As the author explained:

A month or so after the banquet I was talking to Joe Hensley, and he joked that I should write “The Death of Doctor Island,” saying that everyone felt so sorry for me that it was sure to win. I thought about that when I got home and decided to try, turning things inside out to achieve a different story.

He did, and his novella “The Death of Doctor Island” won a Nebula in 1974.

After that a hundred readers or so challenged me to write “The Doctor of Death Island.”

Which he also did. The story appeared in Immortal, Jack Dann’s 1978 anthology. (Though no Nebula that year.) 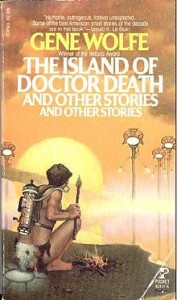 Nor was he done. Gene Wolfe would write a fourth iteration – “Death of the Island Doctor” – to be packaged with the previous “Island” stories for a specialty edition, The Wolfe Archipelago (1983).

In the end, oyster-like, Gene took a little irritant and turned it into a string of pearls…