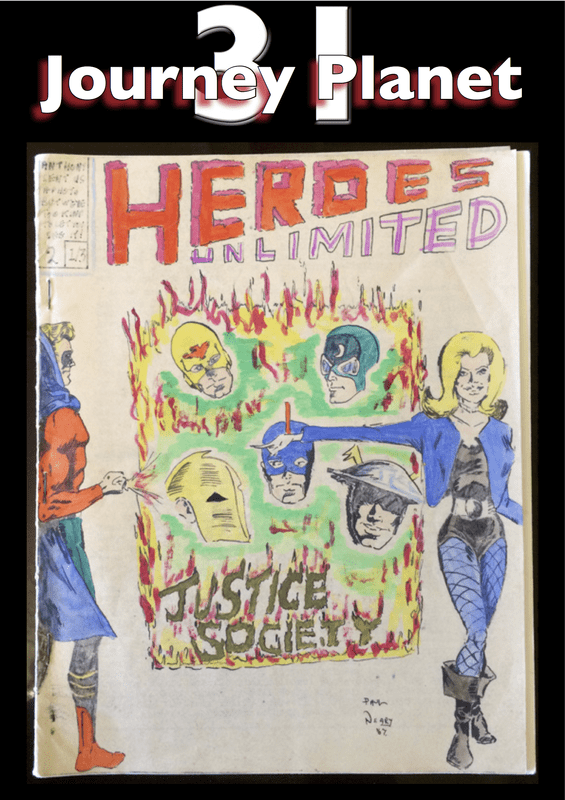 James Bacon invites one and all to download Journey Planet #31, co-edited by James, Christopher J Garcia and Pádraig Ó Méalóid.

In December 1966, fifty years ago now, a 15-year-old Irish teenager called Tony Roche did a remarkable thing. He published the first issue of a comics fanzine called The Merry Marvel Fanzine.

What was remarkable about this was that this was the first comics ‘zine on this side of the Atlantic. They had already existed in the US, but it would be over six months before the first British comics fanzine, Ka-Pow, produced by Phil Clarke and Steve Moore, would appear, in July 1967.

By producing The Merry Marvel Fanzine, and subsequently Heroes Unlimited, Tony Roche, all unbeknownst to himself, helped set in motion a tradition of ‘zines and communication between comics fans that continues, unbroken, to this day.

Tony went AWOL in the summer of 1969 – like many another – leaving the fan community to pursue an international academic career, culminating in a Professorship in Irish Literature in UCD. But he has now reappeared, and had opened a treasure chest full of unbelievable goodies, some of which he has allowed us to share, including artwork, articles, his Merry Marvel Marching Society membership card, and a previously unpublished Letter of Comment written by Alan Moore, shortly after his fifteenth birthday.

This issue of Journey Planet includes