(1) BEST OF TREK. ScreenRant ranks “The 20 Best Characters in Star Trek History”. Warning: Quark is on this list.

Creating something that stands the test of time is no easy feat, let alone creating something that can stay relevant and maintain a firm, devoted fanbase that spans decades and cultures. In fifty years, Star Trek has produced 546 hours of entertainment through five TV series and thirteen movies. It has told hundreds of stories with thousands of original characters. Admittedly, not all those characters were classic— some seemed to exist just because we can’t have nice things— but Star Trek is a journey, and sometimes it’s not about the destination; it’s about who you traveled with….

Khan has made—if you count Into Darkness—only three appearances in the Trek film and television lore. Ask even non-fans and they’ll know at least the basics about who Khan from Star Trek is.

Part of the reason for Khan’s popularity is—whether fans want to admit it or not—that he is technically somewhat justified. His reasons for hating and blaming Kirk are surprisingly solid and well-considered. Imagine being exiled and having to fend for yourself when a cataclysm kills the people you loved and protected—including your wife. All those years with nothing to read but Paradise Lost and Moby Dick. So, you make it out finally, only to learn that the man you hated is even more beloved and respected than before. Remember how galled Khan was repeatedly whispering “Admiral Kirk” when he heard of his enemy’s promotion.

In the end, it isn’t even Kirk who beat Khan. Rather, Khan did it to himself. Even Joachim pleaded repeatedly that Khan had already proven his superiority by surviving and escaping, but that wasn’t enough. In a film steeped so heavily in literature and religious themes, it was Khan’s original sin that always defeated him: pride.

(2) NEXT MODERN MASTERS OF SF. Theodora Goss has been tapped to write the Ursula K. Le Guin volume of Modern Masters of Science Fiction series from University of Illinois Press.

I hope this is a little good news in the midst of so much bad. I’ve signed a contract to write the Ursula K. Le Guin volume of Modern Masters of Science Fiction, a wonderful series from University of Illinois Press. So: I’m going to be writing a book on Ursula Le Guin! It’s going to be about her life, her work, her ideas . . . which I think are especially important to us now. We need the kind of insight into political dystopias, and how to rethink/recreate the world, that Le Guin has been giving us throughout her writing career. It’s a tremendous honor to be writing this book.

Here are the subjects of the other books already released in the series:

Analog has had the same master since the early 30s: John W. Campbell.  And while Campbell has effected several changes in an attempt to revive his flagging mag (including a name change, from Astounding; the addition of a 20-page “slick” section in the middle of issues; and a genuinely effective cover design change (see below)), we’ve still had the same guy at the stick for three decades.  Analog has gotten decidedly stale, consistently the worst of The Big Three (in my estimation).

You can judge for yourself.  Just take a gander at the December 1961 issue.  It does not do much, if anything, to pull the once-great magazine from its shallow dive:…

How apt, incidentally, that Lewis’s favourite Oxford pub, the Eagle & Child, home to so many meetings of the Inklings, was named for an episode in the life of Zeus, the forerunner in Greek mythology of the Roman god, Jupiter. Zeus fell in love with the beautiful child, Ganymede, and sent an eagle to snatch him up to Mount Olympus where he could serve as his royal cup-bearer.

Those who knew C.S. Lewis have often noted his joviality, though not always with a clear recognition of the significance the term had for him in his personal lexicon. Paul Piehler remembers ‘a plumpish, red-faced Ulsterman with a confident, jovial Ulster rasp to his voice’. Peter Milward recalls ‘a burly, red-faced, jovial man’. John Lawlor relates how Lewis’s ‘determined and even aggressive joviality was all on the surface: within was a settled contentment’. Peter Bayley describes him as ‘Jove-like, imperious, certain, absolute’. Richard Ladborough says he was ‘frequently jovial’. W.R. Fryer speaks of his ‘jovial maleness’. Peter Philip opines that ‘his manner was jovial when he was in a good mood, which I must say was most of the time’. Pat Wallsgrove likens Lewis to ‘a jovial farmer’. Claude Rawson writes that his nickname, ‘Jack’, was ‘well suited to his jovial “beer and Beowulf” image’. Nevill Coghill recalls that, although Lewis was formidable, ‘this was softened by joviality’. Douglas Gresham remembers his step-father as ‘jovial’. The title of Chesterton’s novel, The Man Who Was Thursday, might have been coined as a description of C.S. Lewis, notwithstanding his Tuesday nativity!

But though so many people use the word ‘jovial’ of the man, only George Watson, his Cambridge colleague, explicitly recognizes how important the planetary derivation was for Lewis himself: ‘His own humour was sanguine, its presiding deity Jove, and . . . he knew that it was’ (Watson, Critical Essays on C.S. Lewis, 1992, p3). Peter Milward goes further, making a link to Lewis’s fiction. Having emphasized Lewis’s ‘sturdily jovial manner’, Milward notes an important connection: ‘he was indeed a . . . jovial man; and these qualities of his I later recognized . . . in his character of the kingly animal, Aslan.’

Aslan, Narnia’s Christ figure, brings us to Christmas and the birth of the infant Jesus. In early January 1953, Lewis wrote to Ruth Pitter remarking on what he had seen in the night-sky during the recent Christmas: ‘It was beautiful, on two or three successive nights about the Holy Time, to see Venus and Jove blazing at one another, once with the Moon right between them: Majesty and Love linked by Virginity – what could be more appropriate?’ Venus signifies love, of course, and the Moon virginity. Jupiter signifies majesty or kingliness and, as such, was a very suitable symbol for Christ, the ‘king of kings’ (Revelation 19:16).

(5) THE SINCEREST FORM OF FLATTERY. Steve Davidson borrows a File 770 tradition in his post “Appertain yourself”. (I know he’ll appreciate that I made this item #5, too.)

(6) REMINDS ME OF A CHRIS HADFIELD DEMO. Loss of ship’s gravity threatens Jennifer Lawrence with drowning in this new clip from Passengers. 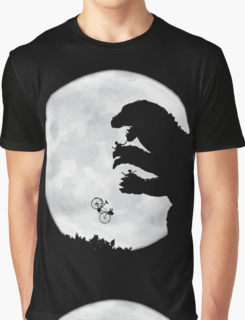 It’s only fitting that one of the ships that can travel faster than the Millennium Falcon is a ship from one of the world’s best Star Wars parodies: Spaceballs, directed by none other than Mel Brooks. In the movie, Darth Vader’s counterpart, Dark Helmet (played by Rick Moranis) is tasked by Skroob to force King Roland of Druidia to give them their air. So, Dark Helmet plans to accomplish this task by kidnapping the king’s daughter, Princess Vespa, on the day of her wedding.

Unfortunately for Dark Helmet, she fled her wedding before he and his tremendously large ship, Spaceball One, could arrive. The ship, commanded by Colonel Sandurz, is presumably the biggest and fastest ship in the galaxy, for it is outfitted with secret hyperjets. These unknown parts allow Spaceball One to travel at 1,360,000,000 times the speed of light — far greater than its Star Wars counterpart, the Imperial I-Class Star Destroyer.

November 19, 1969  — Apollo 12 landed on the moon. Astronauts Pete Conrad and Alan Bean become the third and fourth humans to walk on the moon.

This is a Ruritanian fantasy. It’s also a pretty straight-ahead romance, which isn’t generally my thing, but I enjoyed it quite a lot. It takes place in the fictional tiny European country of Alpennia, and involves inheritances and wills and political intrigue. There’s also magic, very Christianity-based, a matter of petitioning saints in the right way at the right times. It’s the sort of thing that could easily turn me off, but I thought was handled very very well. Basically an eccentric wealthy baron leaves nearly everything he owns–except his title and the estate attached to it–to his god-daughter, a young woman nearly at her legal majority but being pressured to find a husband who can support her, since she has no means of her own. “Everything the baron owns” includes his bodyguard/duellist, another young woman. The bodyguard can’t be freed yet, because of the terms of the baron’s will, and besides the new young baron really resents being done out of the money he expected to inherit and will stop at nothing to get it, as well as his revenge. This is lots of fun, and Goodreads calls it “Alpennia #1” which implies there are more, so those are going on my long long TBR list for whenever I can get to them.

(12) THE FUTURE WAS HERE. Here’s Logan’s Run Official Trailer #1. Makes me remember that the futuristic city scenes were shot on location in a Dallas shopping mall. Yes, we were already in the future in 1976. Where that puts us now in 2016?

Later, Stephen Hawking himself Skypes in to talk to Leonard and Sheldon (Jim Parsons), who spent the episode consumed with jealousy of Bert’s (Brian Posehn) “genius grant.” Hawking tells Sheldon that he doesn’t need any awards to feel good about himself.

The brilliant physicist consoles Sheldon by telling him, “I’ve never won a Nobel Prize.” He’s alright with that, though, because he got something better: he was on The Simpsons.

Here’s the original, for comparison —

[Thanks to John King Tarpinian, and JJ for some of these stories. Title credit goes to File 770 contributing editor of the day Hampus Eckerman.]