(1) GAIMAN ON PRATCHETT. The BBC says this is the first time it has featured Neil Gaiman’s complete tribute to Terry Pratchett from his memorial.

In April last year, friends, fans and colleagues of Sir Terry Pratchett gathered for a celebratory memorial service. The writer NEIL GAIMAN, Pratchett’s longtime friend and collaborator, read his funny and moving tribute, featured here in its entirety for the first time.

…Okay, so should I do an anthology of NEVERTHELESS, SHE PERSISTED, what female authors would be interested in contributing? What awesome female authors (especially POC and LGBTQ, ESPECIALLY immigrant and trans authors) should I be reaching out to?

And why only female authors?

Because this is a project about the struggles that women face from the moment their gender is announced, and the courage and tenacity that helps them rise above that deep and unending opposition.

It is a book about the experience of women, told in their voices. It is not a book about how others imagine it to be, but one deeply and personally influenced by their own fights and victories.

And sure, I’ll do an anthology as a stretch goal, titled I’M WITH HER. Men are welcome to submit to that one. But men are over-represented in the SF and political world as it is, and I want more women to be heard.

Yes, it’s fucking political. This project will be incredibly political. Intentionally. It will have middle fingers everywhere, between the lines and sometimes in them….

(3) BUSIEK INTERVIEW. Filers may be interested to know that comics guru Kurt Busiek is interviewed in the latest edition of SciFiNow magazine (issue 129). Kurt talks about his love for all things Wonder Woman in the interview.

There appears to be no sign of the interview on the SciFiNow website, so anyone wishing to read Kurt’s words will have to head to the nearest newsstand and purchase a print edition or download the digital edition.

Kurt’s name appears on the bottom line of the cover. 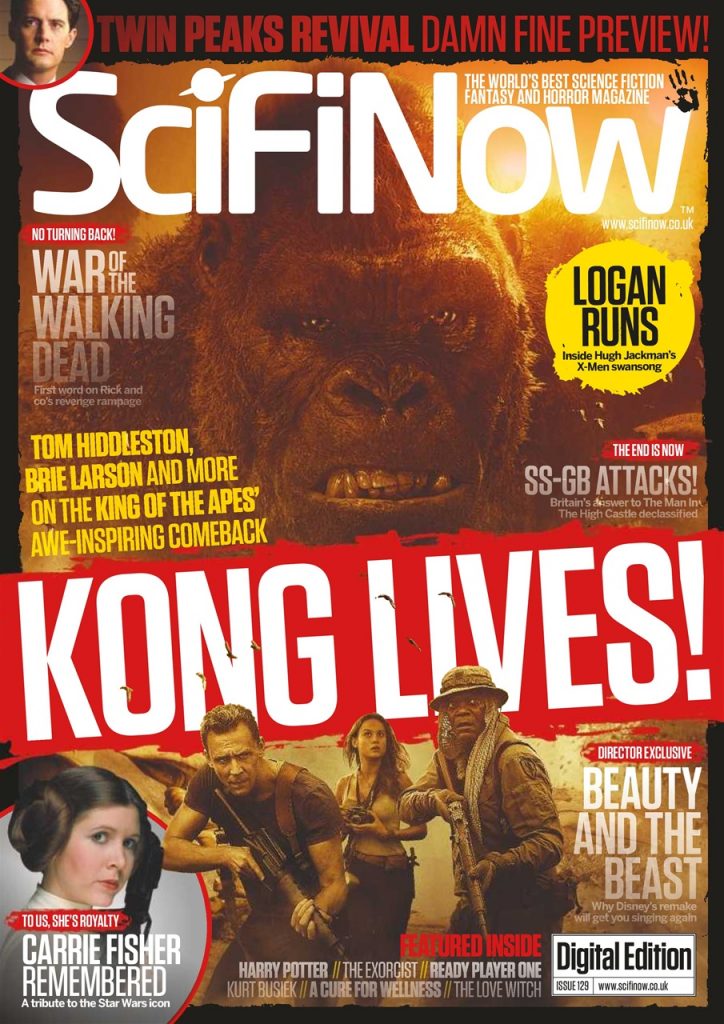 Stephen Hawking is one of the most brilliant minds of this century.  Bluewater Productions is bringing you his life story in this unique comic book format.  Find out all about the man the myth and the legend!

This 2013 comic book is currently for sale on Comic Flea Market. 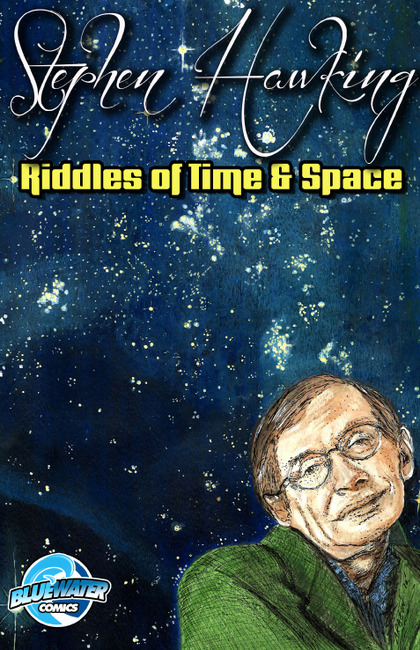 (5) AIDING LITERACY. Ann Totusek, chair of Minicon 52, has a request:

Minicon is partnering with Little Free Libraries this year. If your club/organization or any individuals in your club or organization are stewards of a Little Free Library, and you think the Library is particularly photogenic or relevant to SF/F, or just generally well done, we’d love to have pictures of it for a display at Minicon to showcase how fandom supports literacy! Picture files could be sent to me – [email protected], or hard copy photos could be sent to our snail mail address- Minicon 52 PO Box 8297 Lake Street Station Minneapolis, MN 55408-0297

If you know of a fannish club mailing list that this would be appropriate for an announcement to, please feel free to forward it.

If “no news is good news,” then this has been a very good week, indeed!  The Studebaker UAW strike ended on the 7th.  The Congo is no more restive than usual.  Laos seems to be holding a tenuous peace in its three-cornered civil war.  The coup is over in the Dominican Republic, the former government back in power.  John Glenn hasn’t gone up yet, but then, neither have any Russians.

And while this month’s IF science fiction magazine contains nothing of earth-shattering quality, there’s not a clunker in the mix – and quite a bit to enjoy!

(9) POOHDUNIT. As noted in the Scroll the other day, the house A.A. Milne lived in (with Christopher Robin) while writing Winnie-the-Pooh is for sale for lots of pots of honey. Not noted in the article is that Milne wrote a Manor House mystery, his only work outside of the Pooh stories, based on living there – learn more at The Green Man Review:

The Red House Mystery, published shortly before he became world-famous as the creator of Christopher Robin and Winnie-the-Pooh, is his only detective novel. In his tongue-in-cheek introduction, written after the Pooh craze had struck, he explains that “it is obvious now that a new detective story, written in the face of this steady terrestial demand for children’s books, would be in the worst of taste.”

For mystery enthusiasts, this is a pity…

(11) AVOIDING A CRASH. Poor machines – humans always gumming up the works. On All Tech Considered at NPR – “Self-Driving Cars Could Ease Our Commutes, But That’ll Take A While”.

The promise of automated cars is that they could eliminate human-error accidents and potentially enable more efficient use of roadways. That sounds, at first blush, like self-driving cars could also mean traffic reduction and lower commute times.

But researchers aren’t so sure.

(12) NUTS WANTED. In “How do you stop astronauts going mad?”, the BBC has a look at early space program history,when the shrinks had some bizarre ideas about what would make a great astronaut.

“Impulsive, suicidal, sexually-aberrant thrill seeker.” What kind of person might that describe? A Big Brother contestant? A Base jumper? A cult leader? Guess again. It is how some US Air Force (USAF) psychiatrists, back in the early days of the space race, imagined the psychological profile of would-be astronauts. Unless they were crazy, wreckless, hedonists, the doctors reasoned, there was no way they were going to be let anyone strap them into a modified intercontinental ballistic missile and then fire them into orbit.

Of course, the men in white coats were wrong, and were guided more by their lack of knowledge about space and the tropes of science fiction than reason. Instead, the personality traits of cool-headedness under pressure, deep technical know-how and sheer physical and mental endurance – “the right stuff” of Tom Wolfe’s book – ultimately led Nasa to six successful Moon landings and an utterly ingenious escape for the crew on Apollo 13, the mission that very nearly took the lives of its three crew members.

(13) MOOD MUSIC. The BBC answers the question “Can this radio detect your mood and play songs to match?”

Take Solo, the “emotional radio”, for example. A wall-mounted device that resembles a large clock, it features a liquid crystal display at its centre. When you approach it, the pictogram face shows a neutral expression.

But it then takes a photo of your face, a rod or antenna on the side cranks into life, and the LCD display indicates that it’s thinking.

“When it’s doing this, it’s analysing different features of your face and deciding how happy, sad or angry you are,” explains Mike Shorter, senior creative technologist at the Liverpool-based design and innovation company, Uniform, Solo’s creator.

“It will then start to reflect your mood through music.”

(14) UNCONVENTIONAL WISDOM. What should Hollywood learn from Deadpool?

Star Wars: The Force Awakens and other Lucasfilm movies move forward into the sci-fi genre, but what of the parody/spoof genre of film? The Scary Movie team of Jason Friedberg and Aaron Seltzer will be moving forward as writers and directors of a new Star Wars spoof called Star Worlds Episode XXXIVE=MC2: The Force Awakens the Last Jedi Who Went Rogue, according to an exclusive from The Hollywood Reporter.

Scarlett Johansson is ready to star in a “Black Widow” movie, but according to the actress, a standalone film might be a long time coming. Johansson recently sat down with Total Film Magazine to talk about the upcoming cyberpunk thriller “Ghost in the Shell,” but eventually ended up touching on the Marvel Cinematic Universe’s notable lack of a “Black Widow” film. Marvel Studios currently has a slew of superhero movies planned as far out as mid-2019, but despite vocal fan support for the idea

79 thoughts on “Pixel Scroll 2/10/17 Who Knows What Pixels Lurk In The Hearts Of Scrolls?”