(1) STAR WARS VIII. Cameras are rolling for the next chapter of the Star Wars saga, written and directed by Rian Johnson. 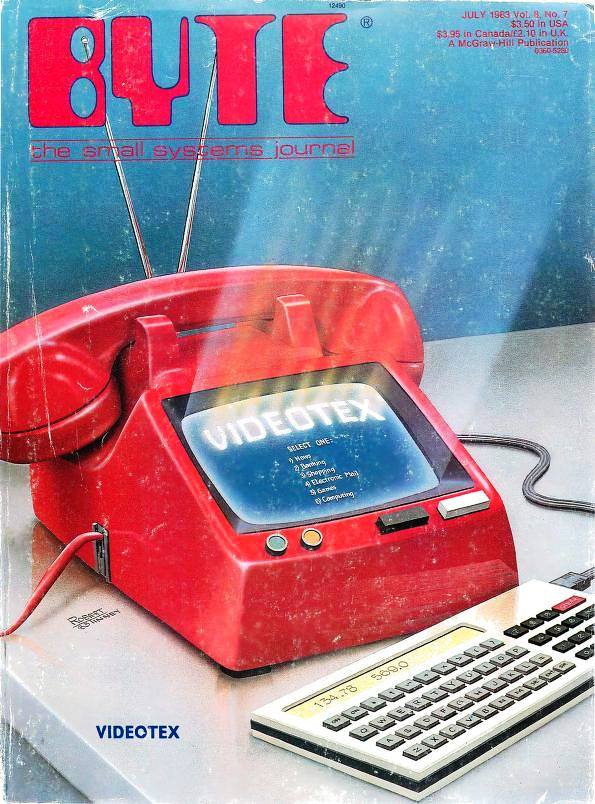 And if I squint real hard, will one of the options say, “I’ll be back”? 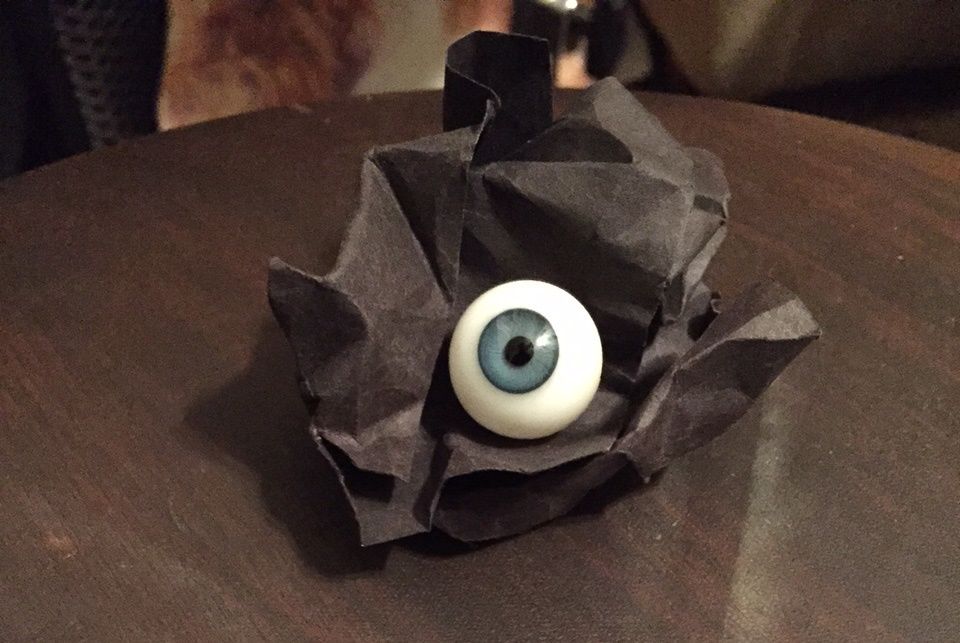 Twilight Zone Prop Reproduction From the only Twilight Zone episode, scripted by Ray Bradbury, I Sing The Body Electric comes a Facsimile UnLimited original – entitled: Eye Lettuce, it represents one of the eyes available for the fabrication “Grandma”.

(4) RONDO NOMINATING OPEN. If you’re a fan who’s enjoyed James H. Burns’ columns for File 770, affirming that you’d like to see him as a nominee for this year’s Rondo Awards could make a difference.

Check in at the Classic Horror Film Board’s Rondo Hatton Classic Horror Awards threads “For Best Blog or Online Column: James H. Burns at File 770” and “The Geography of Eden” for “Best Article”. While a nomination apparently is not decided by raw numbers, enthusiastic comments are likely to help,

(5) APEX ACQUISITION. Apex Publications has acquired Yours to Tell: Dialogues on the Art & Practice of Writing by Steve Rasnic Tem and Melanie Tem, and expects to release the book in 2017.

Yours to Tell is a writers guide to fiction based on Steve and Melanie’s writing processes and experiences they’ve had teaching fiction, including two stints at the annual Odyssey Writing Workshop in New Hampshire.

About Yours to Tell, Steve says, “The book consists of a series of dialogues in which we discuss a number of topics on the writing of fiction, a method which we developed while teaching and continued to use for various articles and columns on both genre and non-genre writing. This is a unique approach for a writing guide, and has the advantage of presenting two different, but complimentary points of view for the basic issues of craft and encouragement which face all writers, whatever their level of skill and experience. We made this guidebook dense with practical information, empowering for new writers desiring a path for learning the craft, and inspiring even for those with more experience but wanting a fresh and encouraging view of the fiction writing process.”

(6) RECOGNIZING THE LESSON. “GUNN: ‘Hollywood Will Misunderstand The Lesson’ Of DEADPOOL’s Success” is the warning quoted by a Newsarama story.

Guardians of the Galaxy Vol. 2 director James Gunn has come out with a very positive review of 20th Century Fox’s Deadpool, but warns that some in Hollywood already have misguided reasons on why the film is a success.

“I love Deadpool even more – the film is hilariously funny, has lots of heart, and is exactly what we need right now, taking true risks in spectacle film,” Gunn posted on Facebook.

However, Gunn takes issue with the perception of an unnamed studio executive who stated (via Deadline) that Deadpool succeeded because “The film has a self-deprecating tone that’s riotous. It’s never been done before. It’s poking fun at Marvel. That label takes itself so seriously, can you imagine them making fun of themselves in a movie? They’d rather stab themselves.”

“Come on, Deadline,” said Gunn, going on to state that saying Marvel wouldn’t poke fun at itself is “rewriting history.”

“Let’s ignore Guardians for a moment, a movie that survives from moment to moment building itself up and cutting itself down – God knows I’m biased about that one. But what do you think Favreau and Downey did in Iron Man? What the f*** was Ant-Man??!”

Gunn goes on to say that he worries studio executives will learn the wrong lessons from Deadpool.

“Deadpool was its own thing. THAT’S what people are reacting to. It’s original, it’s damn good, it was made with love by the filmmakers, and it wasn’t afraid to take risks.”

The preliminary recommendations for the Best Related Work category:

(10) OCCURRING IN NATURE. The weekly science journal Nature for at least a decade has run an SF short story on the last page of each issue. The story in the February 4 issue was Robert Reed’s “An investment for the future.”

Robert Reed is the author of several hundreds stories and a few novels. He won a Hugo before it was controversial. He lives in Lincoln, Nebraska.

From time to time, I see people collecting headlines about the wacky adventures of “Florida Man.” I decided to take a look and see what my home state’s “superhero” has been up to lately…

Two of his ten amusing examples:

(12) KEYBOARD KOMEDY. Meanwhile, Ohio Man was surprised when his fingers didn’t type what his brain commanded.

I was searching for news on Scalia and accidentally typed my own last name in the search box. Was deeply confused by the result.

(13) DREAM LOUDER. At The Space Review, Dwayne Day’s article “In space no one can hear you dream” discusses the importance of entertainment set in outer space.

Space enthusiasts, particularly those who have a vision of humanity spreading out into the solar system and establishing settlements, have had a difficult time convincing anybody other than a small group of true believers of the legitimacy of their cause. To have a broader impact they need as much help as they can get, particularly in the form of mass entertainment that can shape the popular culture and influence the general public, making settlement seem not fantastical or crazy but instead acceptable, as simply another step in human evolution….

The Expanse is the closest depiction of what space settlement advocates must see when they dream—and yet it is not a very positive vision of the future….

Life is not entertainment and entertainment is not life. But space advocates need popular entertainment to provide positive depictions of humanity’s future in space, not negative ones. They need a culture that is not hostile to their religion, and so far they haven’t gotten that, not even from the most sophisticated portrayal of solar sci-fi to date. Dying of asphyxiation or starvation on Ceres is not an appealing vision, and none of these examples of popular entertainment have provided a satisfactory explanation of why humanity should spread out into the solar system. So far popular entertainment is not helping. Perhaps somewhere right now a space advocate is penning the next great movie about humans moving beyond low Earth orbit, one where the achievement may involve struggle, but where the payoff is greater than simply survival against all odds. After all, survival is a heck of a lot easier by simply staying on Earth. 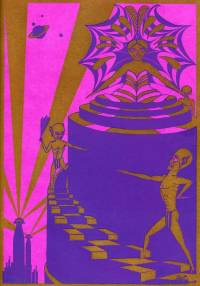 (15) MARS MY DESTINATION. Motherboard has the story about how “Britain’s Mapping Agency Made a Map of Mars”.

We’ll need maps when we go to Mars, too. At least, that’s the thinking behind British mapping organisation Ordnance Survey’s new map of the Martian landscape, which presents an otherworldly location in a format earthly ramblers will find familiar.

“There’s certainly no reason why you couldn’t imagine a future where someone might actually use a map on Mars in the same way that they would use a map on Earth,” said cartographic designer Chris Wesson, who made the map of a patch of Martian topography 3672 by 2721 km across, to a scale of 1:4 million.

(16) MARTIANS NEED PHONES TOO. This 1995 ad for AT&T stars Ray Walston who played a Martian living on Earth in the 1960s TV series My Favorite Martian which is the in-joke

[Thanks to John King Tarpinian, Dave Doering, Martin Morse Wooster, Mark Olson, and Will R. for some of these stories. Title credit goes to File 770 contributing editor of the day Steve Davidson.]