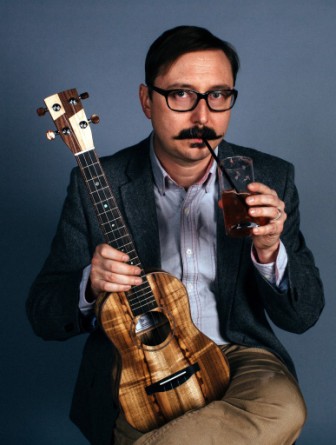 (1) HODGMAN TO PRESENT NEBULAS. SFWA has picked comedian John Hodgman to emcee the 50th Annual Nebula Awards in Chicago at the SFWA Nebula Conference on May 14.

John Hodgman is the longtime Resident Expert on The Daily Show with Jon Stewart and the host of the popular Judge John Hodgman Podcast. He has also appeared on Conan, The Late Late Show, @midnight, and This American Life. The Village Voice named his show Ragnarok one of the top ten stand up specials of 2013. In 2015, he toured his new show Vacationland. He has performed comedy for the President of the United States and George R.R. Martin, and discussed love and alien abduction at the TED conference.

(2) BYE BYE BABBAGE. Chris Garcia is mourning the withdrawal of the Babbage machine from exhibit from the Computer History Museum. 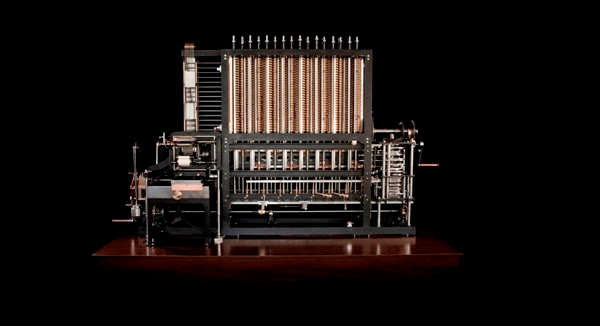 After eight years at the Computer History Museum (CHM), the Babbage Difference Engine No. 2 is bidding farewell and returning to its owner.

The Difference Engine No. 2 has had a wonderful home at the Museum. Our Babbage demonstrations have amazed more than 500,000 visitors, providing them with the unprecedented opportunity to see and hear the mechanical engine working—a stunning display of Victorian mechanics.

People will have to content themselves with CHM’s online Babbage exhibit.

I figure they knew the price would one day come due for the chance to host it there for eight years. I mean, everyone today knows about “excess Babbage fees.”

(3) ASTEROID BELT AND SUSPENDERS. The government of Luxembourg announced it will be investing in the as-yet-unrealized industry of asteroid mining in “Luxembourg Hopes To Rocket To Front of Asteroid-Mining Space Race”. An NPR article says there are both technical and legal hurdles to overcome.

First, of course, there are technical challenges involved in finding promising targets, sending unmanned spacecraft to mine them and returning those resources safely to Earth.

Humans have yet to successfully collect even a proof-of-concept asteroid sample. …

The second issue is a legal one. Asteroids are governed by the Outer Space Treaty, nearly 50 years old now, which says space and space objects don’t belong to any individual nation. What that means for mining activities has never been tested in international courts because, well, nobody’s managed to mine an asteroid yet.

But there’s a fair amount of uncertainty, as Joanne Gabrynowicz, a director at the International Institute of Space Law, told NPR’s Here & Now last February.

“Anybody who wants to go to an asteroid now and extract a resource is facing a large legal open question,” she said.

The U.S. passed a law near the end of last year, the Space Act of 2015, which says American companies are permitted to harvest resources from outer space. The law asserts that extracting minerals from an extraterrestrial object isn’t a declaration of sovereignty. But it’s not clear what happens if another country passes a contradictory law, or if treaties are arranged that cover extraction of minerals from space.

Luxembourg hopes to address this issue, too, with a formal legal framework of its own — possibly constructed with international input — to ensure that those who harvest minerals can be confident that they’ll own what they bring home.

Prior to beginning his contributions to the science fiction genre with The Fifth Head of Cerberus in 1972, Wolfe was a mechanical engineering major who accepted a job with Procter & Gamble. During his employment, Wolfe devised a way for the unique, shingle-shaped Pringles chips to be fried and then dumped into their cylindrical packaging. (Despite his resemblance to Mr. Pringle, there is no evidence the chip mascot was based on him.)

Polar Borealis is aimed at beginning Canadian writers eager to make their first sale, with some pros to provide role models.

(6) A RATHER LARGE SCIENCE FAIR. The Big Bang UK Young Scientists & Engineers Fair, to be held March 16-19 in Birmingham, “is the largest celebration of science, technology, engineering and maths (STEM) for young people in the UK.”

Held at the NEC, Birmingham 16-19 March 2016, The Big Bang Fair is an award-winning combination of exciting theatre shows, interactive workshops and exhibits, as well careers information from STEM professionals.

We aim to show young people (primarily aged 7-19) the exciting and rewarding opportunities out there for them with the right experience and qualifications, by bringing classroom learning to life.

(7) JUST NEEDS A LITTLE SMACK. Michael Swanwick, in the gracious way people do on the internet, expressed his bad opinion of the movie I, Robot (2004) in these terms:

Just watched I, ROBOT. I want to punch everybody involved in the face. Very, very hard. Dr. Asimov would approve.

[Okay, to spare people’s feelings, I want to punch THOSE RESPONSIBLE in the face. Still hated the movie.]

This ticked off Jeff Vintar, who wrote the original spec script and shared credit for the screenplay. Vintar posted a 1,200 word comment telling how his original script got turned into an “adaptation” and how these links of Hollywood sausage got made.

Having been one of the film’s biggest critics, I have watched over the years — to my surprise — as many people find quite a bit of Asimov still in it. I’m always glad when I read a critical analysis on-line or a university paper that makes the case that it is more Asimov than its reputation would suggest, or when I get contacted by a real roboticist who tells me they were inspired by the movie and went on to a career in robotics. And then of course there are the kids, who love it to death…

But I never go around defending the film or talking about it, because although I still believe my original script would have made a phenomenal ‘I, Robot’ film, there is no point. That any film gets made at all seems at times like a miracle.

But your stupid, yes stupid, ‘punch in the face’ post compelled me to write. I love Asimov as much as you do, probably more, because of all the time I spent living and breathing it. I also wrote an adaptation of Foundation that I spent years and years fighting for.

So, you want to punch me in the face? My friend, I would have already knocked you senseless before you cocked back your arm. I have been in this fight for more than twenty years. You’re a babe in the woods when it comes to knowing anything about Hollywood compared to me, and what it’s like fighting for a project you love for ten years, some for twenty years and counting.

Yet this exchange did not end the way most of these Facebook contretemps do.

I feel bad for you. That must have been an awful experience. But I spoke as a typical viewer, not as a writer. The movie was like the parson’s egg — parts of it were excellent, but the whole thing was plopped down on the plate. For my own part, I’d love to have the Hollywood money, but have no desire at all to write screenplays. I’ve heard stories like yours before.

Then Vintar wrote another long reply, which said in part:

Other writers are not our enemies. We are not fighting each other, not competing with each other, although that is a powerful illusion. As always the only enemy is weakness within ourselves, and I suppose entropy, the laws of chance, and groupthink. Ha, there are others! But I stopped throwing punches a long time ago. (Believe me, I used to.) You guys are great, thanks Michael….

And the love fest began.

When [Jackie] Gleason’s voice needed to be replicated to fix the audio on the “lost” Honeymooners episodes, Joe was the man.

A few years after that, Joe was called upon to redub an old Honeymooners clip for a TV commercial. When he got the call, Joe assured the ad agency that if they needed him, he could also match the voice of Art Carney as Ed Norton. He was told they already had someone to do that — someone who did it better. Joe was miffed until he arrived at the recording session and discovered that the actor they felt could do a better job as Art Carney…was Art Carney. Joe later said that playing Kramden to Carney’s Norton was the greatest thrill of his life, especially after Carney asked him for some pointers on how to sound more like Ed. 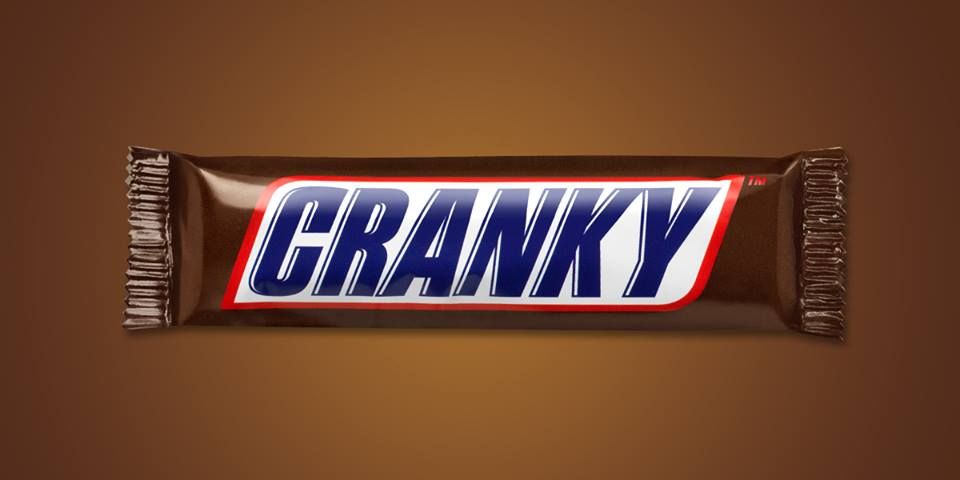 [Via Google Translate] On this day in 1976, a group of young (and less young) enthusiasts launched as part of the astronautical and rocket club Zagreb “Section for science fiction”…

The satirical songwriter will provide the voice of the titular character Milo Murphy, the optimistic distant grandson of the famed Murphy’s Law namesake. In addition to voicing the main character, Yankovic will sing the show’s opening theme song and perform other songs throughout the duration of the series….

“Milo Murphy’s Law” will follow the adventures of Milo and his best friends Melissa and Zack as they attempt to embrace life’s catastrophes with positive attitudes and enthusiasm.

The Sad Puppies once again search for scifi authors to enter for the Hugo Awards. pic.twitter.com/MvYu0jGaDR

(16) PUPPY COMPARISON. Doris V. Sutherland posted “2014 Hugos Versus 2015 Sad Puppies: Novellas”, the third installment, the purpose of which she explains in the introduction —

In this series on the Sad Puppies controversy, I have been comparing the works picked for the 2015 Sad and Rabid Puppies slates with the stories that were nominated for the Hugo in 2014. Were the previous nominees truly overwhelmed with preachy “message fiction”? What kinds of stories had the Sad Puppies chosen to promote in response?

Having taken a look at the Best Short Story and Best Novelette categories, I shall now cover the Hugo Awards’ final short fiction category: Best Novella, the section for stories of between 17,500 and 40,000 words in length. Let us see how the two sets of stories compare…

At the end of her interesting commentary, she concludes:

…Let us take a look through some of the previously-discussed categories. Aside from Vox Day’s story, only one of the 2014 Best Novelette nominees can be read as “message fiction”: Aliette de Bodard’s “The Waiting Stars,” which has an anti-colonial theme. I have also heard the accusation of propaganda directed at John Chu’s “The Water That Falls on You from Nowhere”, a story about a gay couple. But once again, I see nothing clumsy or poorly-handled about de Bodard’s exploration of colonialism or Chu’s portrayal of a same-sex couple. So far, the accusation of preachiness appears to be based largely Rachel Swirsky’s “If You Were a Dinosaur, My Love”, which has the straightforward message that hate begets hate.

None of these stories push a specific message as strongly or as directly as John C. Wright’s One Bright Star to Guide Them. This raises an obvious question: exactly which group is rewarding message fiction here…?