Liu, who was thrilled to hear the news, said that he has great interest in paleontology.

“It is like a science fiction we’re reading that the dinosaur in Gulin county was preserved so well for billions of years. It helps us travel back in time. I hope the relics could be studied and preserved well.”

After nearly two years of rumors, “Supergirl” is heading to the CW for its second season, Variety has learned….

At CBS, “Supergirl” averaged a 2.5 rating in adults 18-49 and 10.03 million viewers overall in Nielsen’s “live plus-7” estimates. It was CBS’ top-rated rookie drama this season in the demo, and was also its youngest-skewing drama with a median age of 55.6 — however, it was down from comedies in the Monday night timeslot last year.

The hotly anticipated crossover with “The Flash” on March 28 was a ratings hit for the CW, prompting the rumors to begin swirling once again that “Supergirl” would head over to the younger-skewing network, in order to nab a renewal. That episode, co-starring “Flash’s” Grant Gustin, averaged a 2.5 rating in 18-49 and 9.6 million total viewers in L+7 — the show’s best numbers in the second half of its run.

(3) KRYPTON. Vulture says Supergirl’s home planet is also going to be on the tube: “Syfy Orders Pilot for Krypton, a Show About Superman’s Grandpa Who Lives on a Planet That Definitely Isn’t Going to Explode Any Time Soon”.

And you thought Batman was the only DC Comics superhero who would get a TV show about what everyone around him was doing before he became interesting: THR reports that SyFy has ordered a pilot for Krypton, a Superman prequel from David S. Goyer set on the eponymous doomed planet. The series will follow Superman’s grandpa as he “fights to redeem his family’s honor and save his beloved world from chaos,” which is one task at which he is guaranteed to fail (because the world will blow up) and another that is a bit of a moot point (because, again, the world will blow up).

(4) GEMMELL VOTING STARTS TOMORROW. Voting on the longlists for 2016’s David Gemmell Awards for Fantasy (the Legend, Morningstar, and Ravenheart Awards) opens midday on Friday, May 13 and closes at midnight on Friday June 24.

The award’s Facebook page revealed there will be 48 nominations for the Legend Award, 6 for the Morningstar and 39 for the Ravenheart.

Voting on the shortlist opens at midday on Friday July 8 and closes at midnight on Friday August 19.

The presentation takes place at 8pm on Saturday September 24 at Fantasycon in Scarborough.

Q: What recent SF/F/H books have you read and enjoyed which you knew little to nothing about beforehand? (For example, you go into a bookstore and picked a book off the shelf based on title and/or cover alone.)

Both Eisner and Fantasia 2000 also recognise this aspect of the city: it can grind people down, even to the point of death. Using the darkness of the city in this way all three of these representations show the city itself to be an active force working on their various protagonists. Dark Dark Dark focus more on the elemental aspects of the city while Eisner examines the interaction of the people and their home, but both are aware of the inherent magic of the place. Dark Dark Dark present in their enigmatic lyrics and the swirling otherworldliness of their instrumentals what Eisner recognised in his introduction to ‘The Building’, there is something “unexplained and […] magical” about the city which can affect those that live in it.

Keith Kato writes, “Michael and Peter Spierig, the Spierig Brothers, are favorites of (and members of) The Heinlein Society for their most recent film, Predestination (2014 U.S. release), based on the Robert A. Heinlein short story ‘All You Zombies.’ We have been told by the Brothers that they will be out of the country from July-September, presumably for filming commitments for this project and they regret they will not be able to attend the Kansas City Worldcon.”

(8) FURNITURE. I don’t think we’ll be able to order a park bench from them, though it’s nice to know Sancal’s Futura collection is based on 1960s sci-fi space stations.

The Futura collection, which was exhibited by Sancal during this year’s Milan design week, is modelled on the set designs of movies such as the 1968 epic 2001: A Space Odyssey. 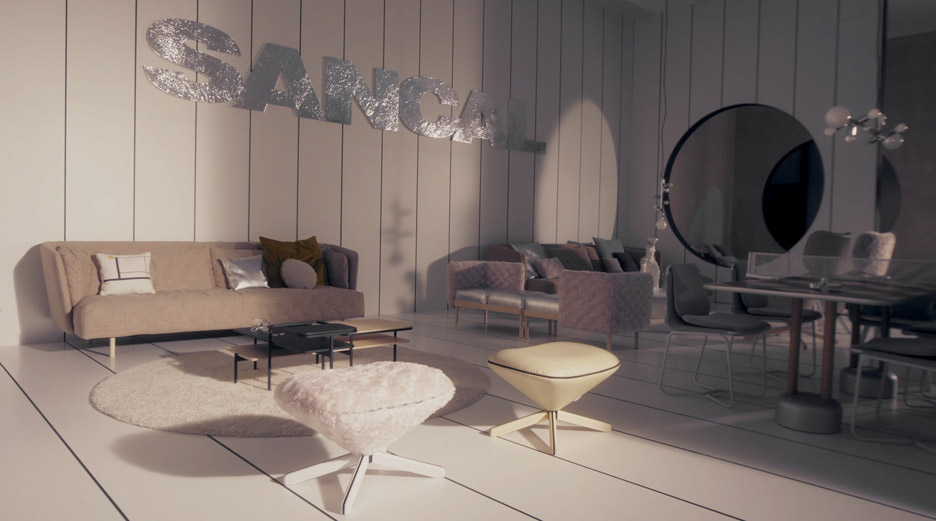 (9) NEW AWARDS? Bleeding Cool passed on this rumor about the San Diego Comic-Con.

The word on the street is that we are about to get a brand-new, very well-funded awards show for San Diego Comic Con.

While the existing Eisner Awards cover the comic book industry, and have been the premier awards at San Diego for some time, this new award show is planned to cover comics, TV, film, games and all manner of fan and genre culture. So expect very big names on hand to host and present awards…..

Lionsgate is said to be interested in producing the show.

(10) YESTERDAY IN HISTORY. Can it be May 11th was National Twilight Zone Day….? And I missed it?

Well…! Then I guess that makes it appropriate to feature a “lost episode”…

(11) STARFLEET TRAINING. “’Star Trek: The Starfleet Academy Experience’ is coming to the USS Intrepid this summer”. MeTV has the story.

Beginning July 9, those lucky enough to get to New York City can visit Star Trek: The Starfleet Academy Experience. The museum exhibit is opening aboard the USS Intrepid, which sits on Pier 86 along the Hudson River on the west side of Manhattan. A naval museum might seem like a strange location for a Star Trek exhibit, but what is Star Trek if not a space navy? Besides, NASA’s Space Shuttle Enterprise is on display at the Intrepid Museum.

The Intrepid Museum will be the first venue in the United States to host this immersive “Trek Tech” experience, a sort of quick fantasy camp. The exhibit allows visitors to join Starfleet Academy’s Career Day, which includes orientation and nine zones of study in language, medicine, engineering, navigation, command and science. Tickets cost $18–$35. The exhibit runs through October 31, 2016. (That final day will be a cosplay dream.)

(12) MEMORIES. Here’s a Lou Stathis artifact I never heard of before.

The cover image comes from here.

(15) WILL FANAC FOR CHARITY. Jim C. Hines is back with another example of “SF/F Being Awesome: Lar DeSouza and Sailor Bacon”.

There’s even a new Sailor Bacon plush, with a portion of the proceeds going to MS research.

Fighting MS by con light,
Winning breakfast by daylight,
Rainbow beard that is so bright!
It is the one named Sailor Bacon!

The MS Walk was May 1 this year, but it looks like you can still donate.

When I was a kid I loved Disney Dollars. For those unfamiliar, they’re Disney’s paper notes that look like real money and feature cartoon characters such as Mickey Mouse and Dumbo on the front. They’re only good at Disney Parks and stores, making them essentially like gift certificates. But Disney will stop printing Disney Dollars on May 14, 2016.

It’s truly the end of an era for Disney nerds. As reported by WDW News Today, the move is being blamed on the rise of gift cards and the general death of paper money. Disney staff were told just a couple of hours ago but the company has yet to make an official statement.

Disney Dollars will continue to be accepted at Disney locations, since they have no expiration date. But unless you have hundreds of notes to unload you should probably just hold on to them for a bit. The resale market for even once-common Disney products can be pretty lucrative after a few years.

John King Tarpinian recalls, “A long time ago when friends would have a kid or a grandkid I would buy one share of Disney stock. (Usually with a $25 premium over the stock price.) The certificates were beautifully framed, not to mention that with even one share it would get an invite to corporate events. Then Disney went electronic and that was gone. Now Disney Dollars. Gift cards are just not the same.”

(17) CAP’S PSA. Jim Burns says, “With all this Captain America chat (my all time favorite super hero, by the way!), a truly rare piece of film: a public service announcement, circa 1980 (or thereabouts)!”

[Thanks to John King Tarpinian, Keith Kato, Will R., Tom Galloway, Andrew Porter, and James H. Burns for some of these stories. Title credit goes to File 770 contributing editor of the day Doctor Science.]