I’m sorry about not keeping up my blog posts, but everything got interrupted for me this summer when my congenital heart murmur (leaky valve) finally began to exact its toll. I spent a few days in hospital, have been home now for three weeks. Doing fine but not doing very much — and that looks to be the way it will be for a while.

The notice is followed by a poem about her cat, which you wouldn’t want to miss.

(2) COMPETE FOR AUREALIS AWARD. Entries for 2016 Aurealis Awards are open now. Click on the link to get a copy of the entry form — https://aurealisawards.org/entry-forms/

How do I enter a work into the Aurealis Awards process, and where do I send my entry form?

For all regular categories, you must enter using this online entry form by December 7 2016 and supply a copy of the work(s) entered to each judge in the relevant category/categories by December 31, 2016. Once you have formally submitted an entry via the online form, the coordinator will contact you with the postal addresses for the relevant judges and details for electronic submissions. Entries will not be considered unless the entry fee is paid (if applicable – does not apply to short fiction or Children’s entries).

For entries to the Convenors’ Award for Excellence, you must enter using this online entry form by December 31, 2016.

What works are eligible?

Any work of speculative fiction written by an Australian citizen of permanent resident and published for the first time between 1 January 2016 and 31 December 2016 is eligible to be entered.

I've just agreed to do programming for the 2017 Nebula Conference. I am simultaneously delighted and WTF DID I JUST DO?!?!

(4) FUTURE IMPACT. Adam Frank says the news about Proxima Centauri is important – “Why the discovery of an earth-like planet is such a big deal” on NPR.

After all, when the Wright Brothers lifted their rickety plane off the sands of Kitty Hawk, the rest of the world was just out buying their eggs, milk and toilet paper. On that day who knew — or could imagine — that decades into the future millions of people would be sitting in giant jet-planes watching Direct TV and soaring five miles above the planet’s surface.

I’m telling you this because two weeks ago a threshold of discovery was crossed when astronomers announced they found a planet orbiting Proxima Centauri — the sun’s closest neighbor.

Now, you may have heard that news — but did you really hear the news?

(5) CANSMOF SCHOLARSHIPS TO SMOFCON AVAILABLE. CanSMOF Inc. is offering up to three scholarships for convention runners to be used towards the cost of attending SMOFCon 34, to be held in Chicago, December 2-4, 2016. SMOFCon is the annual convention about organizing Science Fiction conventions.

The first Scholarship of up to 500 CAD is open to a Canadian citizen or resident involved in running conventions with a preference for those who have not previously attended a SMOFCon.

The second scholarship of up to 1000 CAD is open to anyone not residing in North America*, involved in running conventions with a preference for those who have not previously attended a SMOFCon.

The third scholarship of up to 500 CAD is open to anyone involved in running conventions, regardless of their place of residence with a preference for those who have not previously attended a SMOFCon. T

he submission deadline is September 18th, 2016 SST (UTC-11). To apply for a scholarship, follow this link: https://goo.gl/forms/l7mun84SZrcTomOw2 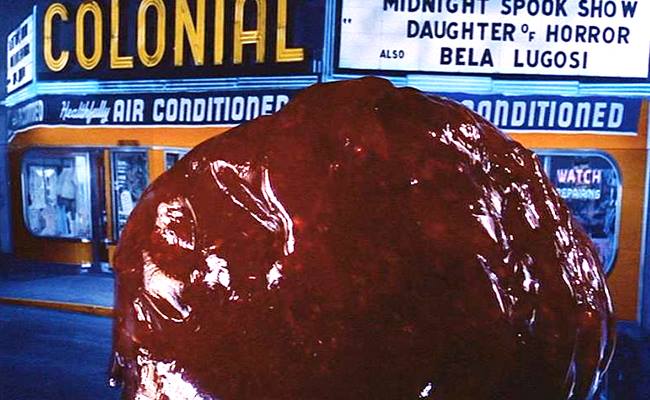 As reported by Ars Technica, a restored version of the original 35mm print of 1977’s Star Wars (later retitled Star Wars Episode  IV: A New Hope) has hit the web.

A restoration of the pre-special edition of the film — thought by many to have been permanently altered by Lucas himself — was accomplished by a small group of Star Wars purists called Team Negative 1.

The new restoration doesn’t have the blessing of Lucas or current rights holder Disney, and represents the original version of the film that was officially disowned by Lucas in 2004, when he said in an interview with the Today show, “The special edition, that’s the one I wanted out there. The other movie” … “to me, it doesn’t really exist anymore. It’s like this is the movie I wanted it to be, and I’m sorry you saw half a completed film and fell in love with it.”

How exactly Team Negative 1 acquired the original print is a mystery, with Lucasfilm having claimed that all original 1977 negatives were given the special edition CGI treatment.

(8) HALLOWEEN STAMPS. A set of stamps with four different Jack-O-Lanterns will be issued late this month in anticipation of Halloween. 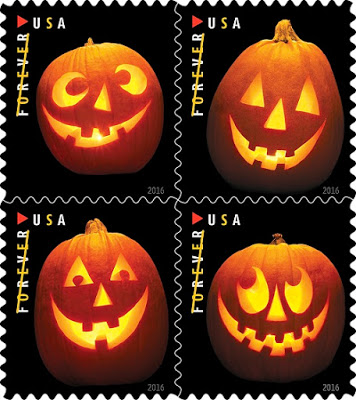 Jack-O-Lanterns – In the spirit of Halloween, the Postal Service issues these delightfully eerie stamps featuring photographs of four different jack-o’-lanterns.  These creatively carved pumpkins have been symbols of Halloween in the United States since the late 19th century, not long after celebrations of the holiday began here. These are the first Halloween-themed stamps issued by the Postal Service. Paul Montanari designed and carved the pumpkins under the art direction of Derry Noyes of Washington, DC.  Sally Anderson-Bruce photographed the lit Jack-O’-Lanterns used on the stamps.

(9) ANOTHER DUCK IN THE WALL. SFWA President Cat Rambo, having spoken at a conference in China, is now enjoying the essential tourist experiences and sharing them on Instagram.

On the Great Wall!

[Thanks to Chip Hitchcock, JJ and John King Tarpinian for some of these stories. Title credit goes to File 770 contributing editor of the day RedWombat.]