(1) RAY BRADBURY WOULD BE SO PROUD. That’s what John King Tarpinian thinks. Look who won at the Golden Globes tonight.

Here’s video of her acceptance speech.

(2) OTHER GOLDEN GLOBES OF GENRE INTEREST.

(3) SCIENCE-ING THE SHIT OUT OF ENDOR. ScienceFiction.com has the scoop of the century – Star Wars’ science is defective! The proof? “Physicist Theorizes There Should Have Been An Ewok Extinction Upon Death Star Destruction”.

What if all the Ewoks were killed at the end of ‘Return of the Jedi’? You don’t have to think about it. Really, you don’t. But someone thought about it—Dave Minton, a physicist at Purdue University.

Now before you start thinking Minton hates all things cute, he performed some interesting research into what the reality would be like if the second Death Star really did explode near Endor.

(4) DIDN’T KNOW THERE WAS A STAT FOR THIS. Harrison Ford has passed Samuel L. Jackson to become the top-grossing actor in domestic box office history, powered to the top by the growing bank for Star Wars: The Force Awakens.

Ford’s 41 films have grossed $4.699 billion at the domestic box office, led by The Force Awakens, which accounts for $764.4 million of that figure as of Box Office Mojo’s last update.

Jackson’s films, in comparison, have grossed a mere $4.626 billion, led by Marvel’s The Avengers and its $623.4 million domestic haul.

(5) PAPER TARDIS. This animation is something I’m going to share with my daughter. One of her Christmas gifts was a hand-made facsimile of River Song’s journal. (Via io9)

We're still going crazy for this stop-motion video that @SamplerTimes made. #DoctorWho ? https://t.co/3uXUbI0ZvC

(6) ROWLING YANKED HIS CHAIN. Hello Giggles says that Stephen Fry met J.K. Rowling long before becoming the narrator of the UK Harry Potter audiobooks, and claims his bland disinterest during that first encounter motivated her to refuse a favor he asked later while trying to record a challenging phrase. True story? Who knows. But it has an edge to it.

(7) SCOOBY CHOO-CHOO, WHERE ARE YOU? The BBC explores “Why Britain has secret ghost trains”. Hobbyists spend a lot of time tracking these down so they can ride them. And as usual where ghosts are concerned, the explanation is less than supernatural.

“Ghost trains are there just for a legal placeholder to prevent the line from being closed,” says Bruce Williamson, national spokesperson for the advocacy group RailFuture. Or as Colin Divall, professor of railway studies at the University of York, puts it: “It’s a useless, limited service that’s borderline, and the reason that it’s been kept is there would be a stink if anyone tried to close it.”

That is the crux of why the ghost trains still exist. A more official term is “parliamentary trains”, a name that stems from past years when an Act of Parliament was needed to shut down a line. Many train operators kept running empty trains to avoid the costs and political fallout – and while this law has since changed, the same pressures remain.

(8) SCRIMM OBIT. Actor Angus Scrimm, best known for playing the “Tall Man” in the Phantasm horror franchise, died January 9 at the age of 89. He also was in I Sell the Dead (2008), the TV show Alias, and the audio play series Tales From Beyond the Pale. Scrimm also appeared in a production of Ray Bradbury’s play Let’s All Kill Constance.

For several decades Scrimm writer album liner notes for Capitol Records, winning a Grammy in 1974 (credited as Rory Guy, as were his early film roles) for his notes on Korngold: The Classic Erich Wolfgang Korngold.

(9) FITZSIMMONS OBIT. SF Site News reports kT FitzSimmons (1956-2016) who ran program for the 1991 Worldcon, Chicon V, died January 10 after a lengthy battle with cancer. She was a veteran conrunner who worked on Windycon and Capricon in Chicago, and served as a board member of Capricon’s parent organization Phandemonium. 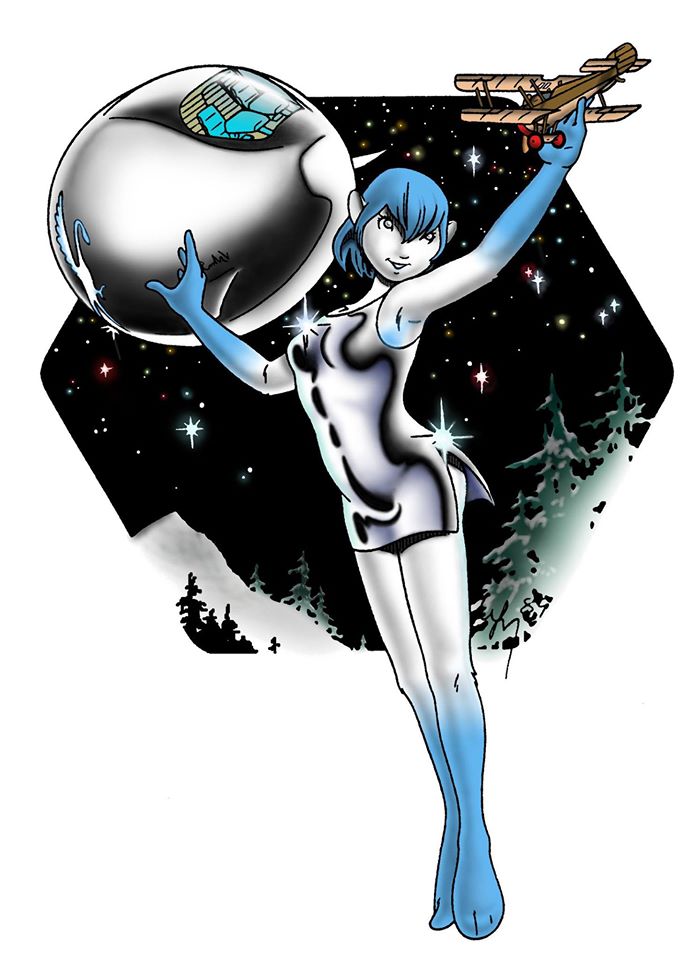 At the heart of every story, there is this: A person, who wants something, but a force opposes him. This is important, because of these stakes. Either they get it, or they don’t.

Take the first and second sentence of that paragraph. (Not the third; you don’t give away how it comes out in the blurb.) Who is your person? What do they want? What opposes them? What are the stakes?

Simplify. If you have two or three main characters, pick the one whose wants or needs drive the story the most. Unless you’re writing epic fantasy, where the browser will be disappointed if you don’t introduce at least three sides, stick to one protagonist, and one opposing force. Generally, that’s the first opposition they meet in the story, not the one they meet in chapter 3, and definitely not the one revealed in the twist in chapter 20.

Your description should not, as a rule of thumb, reveal any information past chapter 3.

(15) ONE IN A MILLION. Mark Lawrence in “Luck, Deus Ex Machina, Plot Armour” tells why it’s okay to build a story around the statistically unlikely survivor.

We don’t see the article about the lottery winner in the newspaper and cry, “Jesus fuck! What are the odds that the reporter chose the winner to write about.”

…Swap now from reality to fiction. The author still has a choice about who they write about. They can still pick the person who survives, at least long enough to do some interesting things. But they also get to choose how that person survives

(16) SPEAK TO THE GEEK. Declan Finn devoted today’s installment of his internet radio show The Catholic Geek to Sad Puppies 4 (he’s in favor), with time left over to diagnose why George R.R. Martin hasn’t finished his book, and to argue Shakespeare really wrote for the rabble not the nobility.