(1) FAME AND FORTUNE. Mark Lawrence, who contends there is a close correlation between the number of Goodreads reviews a book has and sales, has created a series of graphs that illustrate the number of GR reviews received by various segments of top-selling fantasy books.

The level to which A Game of Thrones outsells the rest of the field is quite staggering, particularly when the publication date means this difference will *increase* significantly when converting figures to a sales estimate.

But when we widen the field of that fantasy lens still further to include urban fantasy, paranormal romance fantasy, YA fantasy, literary fantasy and fantasy written for children… even the mighty GRRM is dwarfed.

As before, the attack begins in England. This time the Martians arrive in greater numbers, establishing a beachhead and overwhelming Britain’s armed forces. But this is only the first phase. With England secured, a second wave arrives, attacking cities around the world with ruthless and terrifying efficiency.

At his best Baxter produces big-picture Clarkean science fiction of a very high order. And while he could never be accused of being a high stylist, novels such as his Xeelee sequence or his recent Flood/Ark and Proxima/Ultima duologies are exhilaratingly accomplished exercises in hard science fiction. The Massacre of Mankind is a more intimate creation, and perhaps because of that takes obvious pleasure not just in pastiching Wells’s style, but the science and technology of the original novel’s setting.

Baxter has huge fun imagining a solar system informed by the theories of the “discoverer” of the Martian canals, Percival Lowell, and others about planetary evolution.

The narrative structure of the original, in particular the extended prelude to the actual attack, lends it a gorgeous elegiac power. While the decision to reproduce that here makes The Massacre of Mankind overlong, the intertextuality is frequently surprisingly entertaining. This is most evident in flourishes such as the complaints of several characters about the inaccuracy of Walter’s original account (and the almost-cameos by the “man of the future”, Wells himself), but it has its serious side as well.

As you can see from the pictures, we are doing an Issue Zero again this time that will be limited and part of a Kickstarter later in the summer. First issue comes out in January 2018 and the magazine will be quarterly, with about 70,000 words of short fiction every issue. It will be the size and shape of Smith’s Monthly.

I will be mixing some of the stories from the old Pulphouse days along with brand new fiction. I figured most of those older stories have long been forgotten and they need a new life. For each story we will push the author information and be clear to the reader if the story is new or if a reprint, where the story was originally published.

The magazine will have an attitude, as did the first run. No genre limitations, but high quality writing and strangeness.

(3) THE BOOK IS CLOSED. I reported yesterday that three actors are leading the wagering as favorites to become the next Doctor Who. Now Den of Geek says one has become such a popular choice that one UK bookmaker has stopped taking bets on him.

Peter Capaldi is leaving Doctor Who at the end of the year, and incoming showrunner Chris Chibnall is the man tasked with finding his replacement in the TARDIS.

As ever, it’s tough to put much stock in what bookies say on the matter. But, nonetheless, the latest story to emerge from Ladbrokes is an interesting one: they’ve stopped taking bets on Kris Marshall landing the gig.

The My Family, BT adverts and Death In Paradise star, who recently left his role in the latter, has become such a favourite with punters that Ladbrokes have decided to pull the plug and stop accepting bets.

“A surge of punters have backed Marshall so we’ve had no choice but to close the book,” Ladbrokes’ Alex Donohue told the – sigh – Daily Mail. (You really don’t have to click that link and show them any support.)

“If he does get the gig,” Donohue added, “the bookies will be exterminated first.”

…The bets-being-suspended-on-Kris-Marshall story in no way confirms that he, or anyone, has got the part.

(4) DATLOW BOUND FOR ANTIPODES. Every year Canberra-based SFF fans “get together to celebrate everything creepy, geeky and fantastical” at Conflux, and the lucky International Guest of Honour at Conflux 13 will be Ellen Datlow.

We have to keep pinching ourselves to make sure this is real, but (deep breath) Conflux 13 is bringing none other than Ellen Datlow to Australia!!!

Ellen Datlow has been editing science fiction, fantasy, and horror short fiction for over thirty-five years as fiction editor of OMNI Magazine and editor of Event Horizon and SCIFICTION. She currently acquires short fiction for Tor.com. In addition, she has edited more than ninety science fiction, fantasy, and horror anthologies, including the annual The Best Horror of the Year, Lovecraft’s Monsters, Fearful Symmetries, The Doll Collection, The Monstrous, Children of Lovecraft, Nightmares: A New Decade of Modern Horror, and Black Feathers.  Forthcoming are, Hallows’ Eve (with Lisa Morton), and Mad Hatters and March Hares (stories inspired by Alice’s Adventures in in Wonderland and Through the Looking Glass and What Alice Found There).

Conflux 13 will be held September 29-Ocober 2 in Canberra.

(5) FIGHT TO THE FINISH. Unbound Worlds brings back Cage Match. Mark-kitteh comments: “SF character cage matches. I think the Dune sandworm is a bit of a ringer though – how would they even get it in the cage?”

What the hell is Cage Match?

Great question. A long time ago, on an internet far, far away, there was a website called Suvudu, which had been founded by some editors at Del Rey as a place to nerd out about sci-fi and fantasy. In the barely remembered year 2010, those editors decided it’d be a real kick to pit their favorite SF/F characters against each other in a fight to the death, and it’d be even MORE of a kick if they brought in some authors to write short scenes illustrating how they thought those fights might play out. And on top of that, they invited users to come vote on the outcome of those fights.

And apparently you all liked it, because we’re still doing it seven years later.

Robert Osborne passed away this morning at age 84. He’d been in ill health for some time. Robert was the face of Turner Classic Movies since its inception, and was a wonderful fountain of enthusiasm, sincerity, and palpable adoration of classic cinema. Those of us who watched the cable movie channel these countless years came to look upon Robert as a friend, a tireless champion of the arts, and as the very definition of integrity. We all knew that he’d been ill, but were afraid to ask about his telling absence of late from the network. A true motion picture historian, Osborne’s warmth and passion for films and their creators will be sorely missed by movie lovers everywhere. Rest In Peace, Robert. Your own star shall shine ever brightly among a luminescent galaxy of stars.

(8) CREATED IN 7 DAYS. Skyboat Media wants to raise $7,000 via Kickstarter to create an 11-hour audiobook of Queers Destroy Science Fiction.

With your help, if we can fund in 7 days, Skyboat will be able to produce an 11 hour digital audiobook for you of the short story and flash fiction portions of Lightspeed Magazine‘s QUEERS DESTROY SCIENCE FICTION! It will be a glorious vocal celebration of inclusivity, diversity and all things science fiction-y!

KICKSTARTER’S ALL in 1: We are doing this for only one week. Our project is aligned with Kickstarter’s theme of 1s and 0s; this means we are offering only digital rewards.

Don’t get me wrong, Jones has a right to talk about his show, but when he explained to an Asian person, Geeks of Color’s Creative Director, Asyiqin Haron, how to feel about race…he got busted whitesplaining. Then, when the heat got too much for him, Jones just deleted his twitter account.

When Logan director James Mangold asked Marvel comics if he could include X-Men comics in the final Hugh Jackman Wolverine installment, he was told he could as long as they weren’t any real comic books. To create the old-school style books for the movie then, Mangold reached out to Joe Quesada and Dan Panosian to create the pages of the books for the movie….

They’re all, frankly, fantastic, and really capture the feel of the X-Men books from the 1980s. I love the way they look just close enough while retaining a slightly off aesthetic letting you know this is another world. It just adds to the fabric of a world which just feels lived in.

(11) THE FLAW IN THE OINTMENT. It’s a hell of a lot more entertaining when somebody else is on the receiving end of these pleonasms. Jonathan McCalmont unleashes “Rabid Cuddlers” at Ruthless Culture.

…Unfortunately for the puppies, while it must have been comically easy to convince a bunch of teenaged nihilists to troll the Hugo awards, it was never going to be easy to convince basement-dwelling trolls to set aside their Japanese pornography long enough to read a bunch of over-written Catholic fantasy novels. The fact that Gamergaters turned up to harass liberals but didn’t stick around to spend money explains why prominent puppies have  downplayed their involvement, decreased their ambitions, and failed to step back from the movement in time and wound up being forced to repeatedly beg for financial support from their dwindling fanbase…

…The puppies’ experiences as nerd-fuhrers may well come to define their adult lives but their flirtations with moral entrepreneurship failed to secure them the kind of following that might provide access to the lucrative world of conservative cultural commentary. Even worse, their attempts to cultivate a right-wing alternative to the stuttering multiculturalism of mainstream genre spaces appears to have resulted in little more than a handful of underwhelming blogs supporting the work of a few self-publishing authors….

…The social and ideological instabilities of the puppy movement should come as no surprise once you realise the gulf that separates adolescent edge-lords  from a bunch of stupid old men who want fandom to go back to the way it was in 1953. What is surprising is the speed at which a movement whose ruthlessness once made international news has been reduced to bleating about politeness and passing out internet hugs. Liberal genre culture may be ponderous, self-serving, and morally confused but it was never quite that pathetic….

(12) ABOUT. Who doesn’t enjoy a flash of humor at the end of an author bio? Here’s the last line of Kendare Blake’s —

She lives and writes in Kent, Washington, with her husband, their two cat sons (Tybalt and Tyrion Cattister) and their red Doberman dog son, Obi Dog Kenobi. 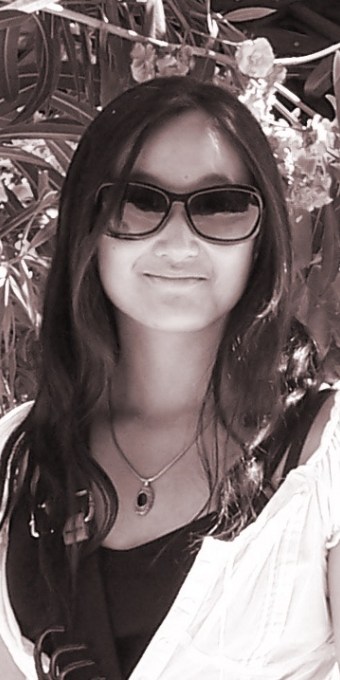 [Thanks to JJ, Mark-kitteh, Cat Eldridge, and John King Tarpinian for some of these stories. Title credit goes to File 770 contributing editor of the day Steve Davidson.]