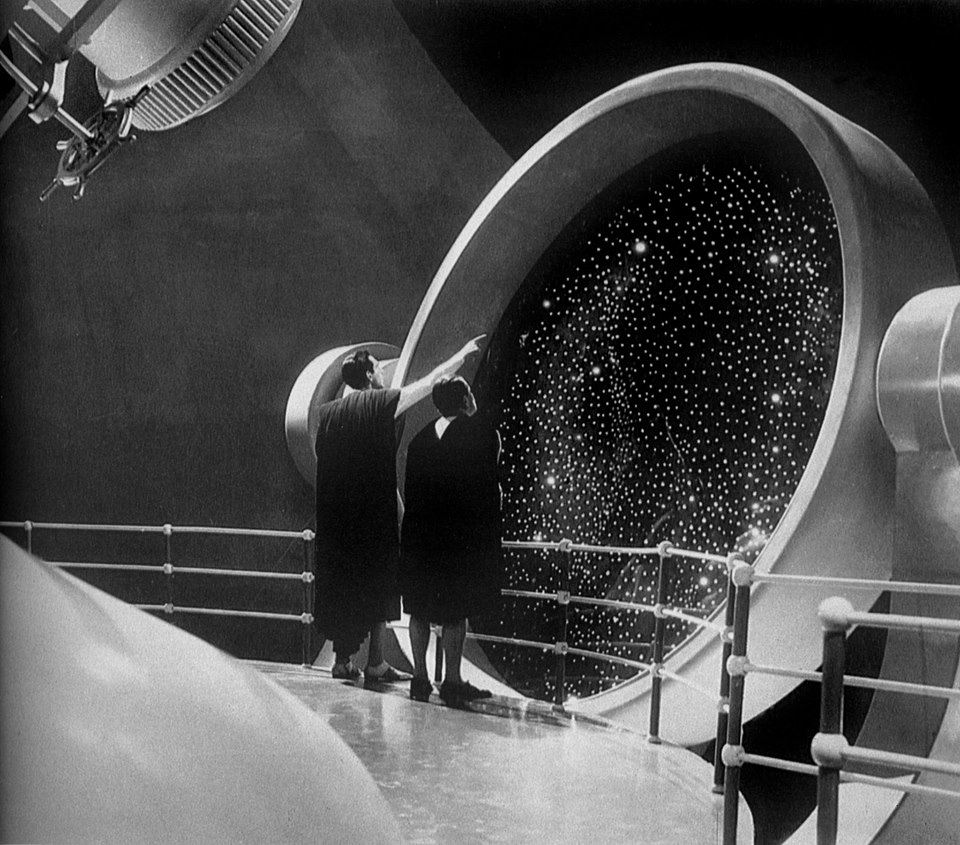 Thanks to astronomy, we are now aware of the beauty, wonders and mysteries of space. International Astronomy Day, on May 14, marks the discoveries and achievements we’ve made in the field. You can get even closer to astronomy by visiting your local planetarium, checking out any special Astronomy Day events in your area or even by enjoying a quiet night in the peace of your own backyard gazing up at the stars. You can also find a lot of resources online about astronomy, as well as sites that feature some of the most beautiful and intimate photos taken of space. Instagram in particular hosts a variety of photos, some by astronauts who are in space right now and who wish to share the beauty of the stars with others. Here are the best Instagram accounts to check out this International Astronomy Day.

Probably the most obvious account to follow on Instagram is NASA, which posts photos on a regular basis of many of its discoveries and images related to new discoveries. There’s always something beautiful to see here, and you might just learn a little more about astronomy in the process.

Na’amen Tilahun has been around the science fiction scene for a long time — as a fan, a convention attendee, and a bookstore clerk. And now as a novelist! His debut novel, The Root, is coming out in June. I blurbed it:

“Na‘amen Tilahun‘s novel will make readers searching for variety in their SFF diets squeal with delight. The detailed world-building is strange and wondrous.”

And on Friday, she made a reading “Recommendation: Saving Slave Leia by Sandra MacDonald”.

Sandra McDonald is one of my favorite working short story writers. Her humor is often both warm *and* sly, her satires sharp but empathetic. She has some amazing funny and irreverant stories about drag queen astronauts and sexy robot cowboys, but one of her other favorite topics to lampoon is Hollywood.

“Searching for Slave Leia”–as you might expect–is one of the latter. Sandra McDonald hits a perfect point where humor and metafiction let her really dig into human emotion. Also, Star Wars.

“Searching for Save Leia” by Sandra McDonald…

(4) BACK IN FASHION. John King Tarpinian splurged for some Turkish delight. As you Wikipedia readers know, Bob:

We regret to inform you that Darwyn lost his battle with cancer early this morning at 1:30 AM ET. We read all of your messages of support to him throughout the day yesterday. He was filled with your love and surrounded by friends and family at his home in Florida.

Donations can be made to the Canadian Cancer Society and Hero Initiative.

Please continue to respect our privacy as we go through this very difficult time.

SFWA: Here, have books!
Me: Oh no, I can't afford –
SFWA: They're free.
Me:…
…
Whut, seriously? #NebulaWeekend pic.twitter.com/GiA46qgFHb

(8) STINKERS. Suvudu is so right about its “Eleven Cringeworthy Sci-Fi Series From the Eighties” I even cringed to read the synopses. You’ve been warned.

…Automan: Police department IT geek Walter Nebicher (”Nebbish“, get it?) bonds with a powerful artificial intelligence that can create whatever he needs in his fight against crime. “Whatever” meaning cars, mostly. The AI manifests as a digital avatar known as “cursor”. It was a different time. This was created by the producers of TRON, by the way

(9) PIRATICAL PUPPY PLAY. The Orlando Fringe will host The Space Pirate Puppy Musical from May 18-30. The Tasty Monster Productions site does not answer whether it has anything to do with the Hugos. 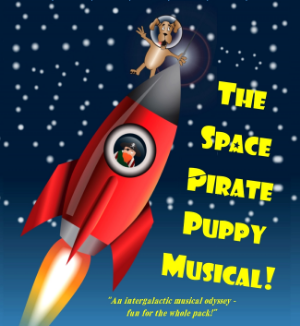 Earth has gone to the dogs, literally. After “the incident” humans have gone underground and into space leaving dogs to run the planet. But the Space Pirates have decided that they need to pave over Earth to put up a parking lot for their new nightclub on the moon. The Puppies have to join forces with their arch enemies the Ninja Kittens and along with the assistance of the Great Oracle, must seek the power of the greatest weapon they’ve never heard of. Epic adventures and battles ensue and along the way, we learn a deep, dark secret…or three. Will the Puppies turn tail and run? Will the Ninja Kittens, ooh string. Can the Earth be saved from certain construction?  Will it all end in discord or harmony?

Somebody *coff*Camestros**coff** ought to ask Timothy the Talking Cat.

(10) FUNERAL FOR OLD PUBLISHING. Brian Keene has a lot to say about “How the Mid-List Died” at Cemetary Dance Online.

The mid-list is gone. Borders is gone. But that doesn’t matter, because over the last twenty years, we’ve had a new thing come along—something called the Internet. With it came Amazon, and suddenly, mid-list writers didn’t have to play a rigged game anymore. Our books had a shelf life beyond that one to three month span. Readers could find us, discover us, and find our backlist. If your local chain bookstore didn’t have our latest, you could buy it online.

Which brings us back to the start of this column. The number one question I am most often asked is, “Why can’t I buy all of your books at Barnes and Noble?”

To understand why, you need to consider the changes that have taken place in publishing over the last twenty years, particularly those that took place after the demise of the mid-list and the closure of Borders. After those things occurred many mid-list, cult, or genre authors decided to take advantage of the advances in digital and print-on-demand publishing and do it for themselves. They cut out the publisher, cut out the chain stores, and marketed directly to the readers. For example, Bryan Smith, who was inarguably one of Dorchester’s most popular horror writers, began self-publishing via Kindle and CreateSpace and has since made more money from that than he ever did through traditional publishers. Other authors, such as myself, decided to diversify their publication routes. Since Dorchester’s fall, I’ve routinely divided my releases between self-publishing (via Amazon’s CreateSpace and Kindle), the small press (via publishers such as Deadite Press and Apex Book Company), and mainstream publishing (via big publishing conglomerates such as Macmillan). I do this because I don’t like having all my eggs in one basket. Your mileage may vary.

(11) WE ALL LIVE IN A GENRE SUBMARINE. Steve Davidson at Amazing Stories holds forth on “The Birth of a New (sub-?) Genre”.

I was on the hook for an editorial subject for today (it’s been a little tough concentrating these days given our personal circumstance), so I hopped on over to File 770 to peruse the daily Pixel Scroll. I can usually find something over there upsetting or bothersome enough to get the juices flowing.

No such luck, I thought, even AFTER reading the comments. (What’s up Mike? I can almost always pull an editorial subject out of the File, either from the entries, the commentary, visiting the linked posts/pages/sites or, at last resort, the comments on the linked to items for some Fourth Level Upset).

Even though File 770 fell down on the job, Steve got an editorial out of Timothy the Talking Cat’s new There Will Be Walrus collection, which has more than enough provocative material to get anyone steamed up.

Now for the disputable ones.  Analog is the most conservative of the mags.  It’s generally Terran-centric, with Earthlings portrayed as the most cunning, successful beings in the galaxy (which is why, of course, most aliens look just like us).  While the serialized novels in Analog are often excellent, the accompanying short stories tend to be uninspiring.  The science fact columns are awful.  Editor John Campbell’s championing of psionics and reactionless engines (in real-life, not just fiction), crosses into the embarrassing.  All these factors make Analog the weakest of the Big Three magazines, consistently lagging in quality behind Galaxy and The Magazine of Fantasy and Science Fiction.

Of course, Mike disagrees.  He’s even wagered that Analog will take the Hugo award for Best Science Fiction Magazine this year.  I think he’s dreaming.  F&SF has won three years in a row, and barring some unexpected decline in quality, it will do so again.

I’ll take that bet, Mike Glyer!  Two beers to your one.

I’ll have to start investigating what the good beers are in 1961. Pabst Blue Ribbon was the sponsor of those Friday night fights I watched on TV with my father. Of course, in 1961 I am only 8 — perhaps I should be wagering a nonalcoholic beverage….

(14) KAIJU REDO. According to CinemaBlend “Pacific Rim 2 Just Took A Major Step Forward, Get The Details”.

According to a recent report from THR, it seems that Pacific Rim 2 has brought screenwriter Derek Connolly on board. It appears that he will work alongside current director Steven S. DeKnight – who helped shepherd the first season of Netflix’s hit series Daredevil – with regards to fine-tuning the story and bringing the sequel to life. The report also confirms that Guillermo del Toro remains firmly committed to the project, albeit in a producing role, rather than as the film’s director.

(15) FIREFLY HOMAGE. JJ recommends The Verse, a fan film from a couple years ago, but as we say here, it’s always news to somebody.

Written for fans and by fans who are inspired by the cult sci-fi series “Firefly”. An exciting new look at this beloved world featuring a new crew, a new ship and a heaping dose of misbehavin’!

Henry Lien leads the Eunuchs of the Forbidden City in “Radio SFWA.”

[Thanks to Will R., David K.M. Klaus, and John King Tarpinian for some of these stories. Title credit goes to File 770 contributing editor of the day Christian Brunschen.]