Money, money, money – we cover the spectrum from scarcity to infinite wealth in today’s Scroll.

(1) David Pascoe (“Trekking With The Green-Eyed Monster” on According To Hoyt) knows something that nobody else knows. ‘Cause he made it up:

It occurs, what with the Hugo voting just finished, and the results to be announced in a couple of week, that most of the Puppy Kickers are suffering from an excess of envy. I mean, think about it: the prospect of Jim Butcher (or Kevin Anderson, etc.) receiving a shiny, rocket-shaped object is so painful to them that they’re willing to ruin the award’s (remaining shreds of) credibility to prevent it. It’s accepted wisdom at this point that a move to limit voting to attending memberships will be advanced at the WSFS business meeting at Sasquan. While there’s a good deal of speculation over whether such a motion will even get approved (what then, would supporting members get for their hard earned filthy lucre? How could WorldCon possibly garner any kind of diverse, international support by shutting out anybody who can’t afford to fly across an ocean to come to the majority of conventions?), that it’s not reduced to backroom rumor mills is a sign of how strong the desire is to keep out the undesirable types.

Use this link to keep track of new business actually submitted to Sasquan.

(2) Bob Eggleton has some more anecdotes and critiques about Worldcon art shows, and in the last paragraph alludes to professional shows that are competing effectively for artists’ attention, which may be the most important influence on the fate of the Worldcon art show.

Illuxcon had risen in 2008 and, it started being for many pro artists the model for such a quality artshow. Security, professional hangings, a sense of overall quality to the show and one where artists, art fans and art collectors could come and be treated all well. No politics or stupidity or getting caught in some “fan” feud or political battle. Everyone gets on. Everyone does fairly well. Spectrum Live also fills a similar need. So maybe there is hope, but it requires a new and consistent sustainable model for such shows.

(3) Ahrvid Engholm’s post about Girl With The Dragon Tattoo author Stieg Larsson at Europa SF reminds readers about Larsson’s beginnings as a fanzine fan, and draws attention to a successor’s work on a new Millennium series novel that is coming out late this month.

An avid science fiction reader from an early age, he became active in Swedish science fiction fandom around 1971; co-edited, together with Rune Forsgren his first fanzine, Sfären, in 1972; and attended his first science fiction convention, SF•72, in Stockholm. Through the 1970s, Larsson published around 30 additional fanzine issues; after his move to Stockholm in 1977, he became active in the Scandinavian SF Society where he was a board member in 1978 and 1979, and chairman in 1980. In his first fanzines, 1972–74, he published a handful of early short stories, while submitting others to other semi-professional or amateur magazines. He was co-editor or editor of several science fiction fanzines, including Sfären and FIJAGH!; in 1978–79, he was president of the largest Swedish science-fiction fan club, Skandinavisk Förening för Science Fiction (SFSF).

(4) Responding to a report that “Most of the [Hugo] votes were cast in the final week before the deadline, over 3,000,” Vox Day suggests —

Something to consider: on July 24th, I posted my complete Hugo recommendations. I am NOT saying those are all Puppy votes, only that there may be a connection.

First, came your quiet decision to hand the new Blade book over to two white creators. To be clear, I have no reason to think either creator will do a bad job on this book, but I was disappointed that one of Marvel’s most prominent black heroes would be handed to white people yet again.

I feel like I have to say this five or six times. Whenever this comes up, I get a tsunami of white people wondering what my problem is and suggesting I’m racist for saying white people can’t write about people of color. It’s not that white people can’t; it’s not even that they shouldn’t (except in some circumstances that I have written about almost ad nauseam recently) — it’s that white people are the ones who, historically and systemically, are consistently offered the opportunity. And in 2015, perhaps the right thing to do is to let people of color have a turn.

But that wasn’t the dealbreaker for Micheline, it was the string of gaffes that followed, beginning with —

The moment you and I really started having a problem, Marvel, was when your editor-in-chief all but laughed off the numerous critiques of the variants. Axel Alonso’s interview with CBR was unspeakably condescending and horrendously dismissive. From using scare quotes to frame the discussion to referring, to outcry from David Brothers and other readers/critics as a “small but very loud contingent,” to — and this is the part that I pretty much can’t forgive — indicating that we had suddenly learned the phrase ‘cultural appropriation’ and were eager to use it in an essay. 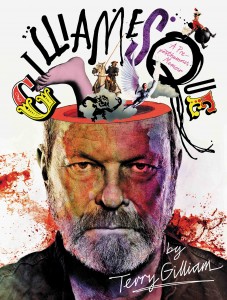 In Gilliamesque, his “pre-posthumous memoir,” he offers an intimate glimpse into his world in this fascinating book illustrated with hand-drawn sketches, notes, and memorabilia from his personal archive.

From his no-frills childhood in the icy wastes of Minnesota, to some of the hottest water Hollywood had to offer, via the cutting edge of 1960s and ’70s counter-culture in New York, L.A. and London, Terry Gilliam’s life has been as vivid, entertaining and unorthodox as one of his films.

(7) Larry Correia is selling a second series of challenge coins. Jack Wylder gives the details at the link.

2) Instead we’re doing it through the MHI Swag page: https://mhiswag.myshopify.com/ Important: Do NOT order yet! Wait until all 12 designs are finalized and up there so you only have to order once. Even if you’re planning on buying a complete set, hold off- we have a few other items we’ll be introducing along the way that might interest you. In fact, I’m not even going to put them on the site until all has been revealed…

This is the first of the series — 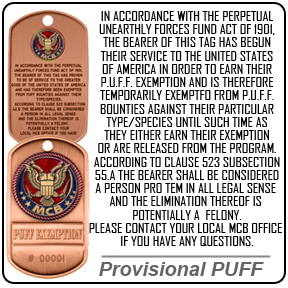 I grew up watching “Star Trek: The Next Generation” (easily the best of the Star Trek shows). There’s one big, obvious thing missing from the future society depicted in the program. No one is doing business. There is almost no one buying and selling, except for a few species for whom commerce is a form of traditional religion. Food and luxuries are free, provided by “replicators” — machines capable of creating essentially anything from pure energy. Recreation, provided by virtual reality, is infinite in scope. Scarcity — the central defining concept of economics — seems to have been eliminated.

Is this really the future? Is it possible? Is it something we want?

[Thanks to Martin Morse Wooster and John King Tarpinian for some of these stories. Title credit goes to File 770 contributing editor of the day Kurt Busiek.]