(1) TERRAN AWARD. George R.R. Martin, in “Aliens In Taos”, announces he has created a scholarship to bring an sf writer from a non-English speaking country to Taos Toolbox.

When astronauts look down on Earth from orbit, they don’t see borders, national boundaries, or linguistic groups; they see one world, a gorgeous blue globe spinning in space, streaked with clouds. I don’t know if humanity will ever reach the stars (though I hope we will), but if we do, it won’t be Americans who get there. It won’t be the Chinese or the Russians or the British or the French or the Brazilians or the Kiwis or the South Africans or the Indians or the folk of any other nation state either. It will be humanity; in the language of the SF of my youth, it will be Terrans or Earthlings or Earthmen. The future belongs to all the peoples of the world.

With that in mind, I want to announce that I am sponsoring a new scholarship, to bring an aspiring SF writer from a non-English-speaking country to the Taos Toolbox, the graduate level writing workshop that Walter Jon Williams and Nancy Kress run every summer in the mountains of northern New Mexico. The TERRAN AWARD, as I am calling it, will be given annually, and will cover all tuition and fees to the Toolbox (travel and meals not covered, alas). Applicants will need to speak and write in English, but must be from from a country where English is not the primary language. Walter Jon and Nancy and the Toolbox staff will select the winner. For more information on applying for the workshop, and the scholarship, contact WJW at [email protected]

(2) MARKET REPORT. David Steffen has compiled the “SFWA Market Report for January” for the SFWA Blog, 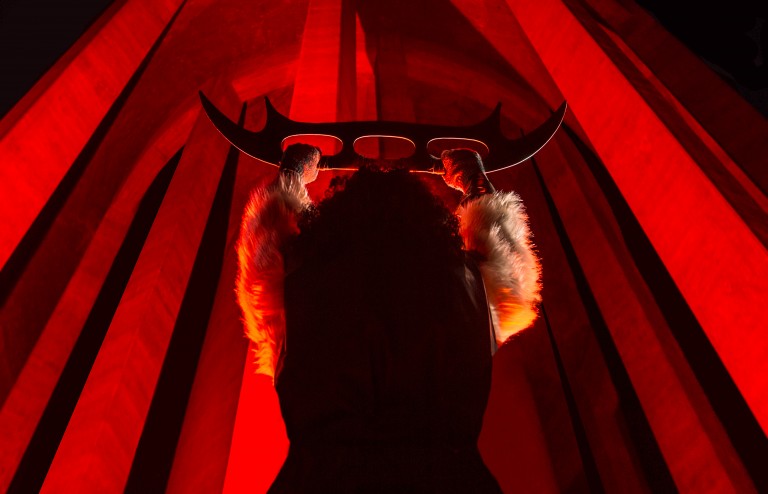 ” Humans! tlhlngan maH [we are Klingons]

The Klingon Institute of Cultural Exchange demand your presence at our Terra-Friendly© presentation of Klingon culture and customs at Turteatern on Terra, Alpha Quadrant.

You will get the possibility to try cuisine, listen to opera, and a chance to acquire useful lifesaving tips in your everyday interaction with Klingons and Klingon customs, so that you may plan your holiday to our great empire and the First City on the planet Qo’noS without risking any discomfort and/or premature death.

This live-act presentation is brought to you by Visit Qo’noS, the tourist department of the Klingon high council.”

(4) OPINION RECONSIDERED. Teresa Jusino goes in an unexpected direction at The Mary Sue with “Internalized Sexism and Star Wars: My Long-Overdue Apology to Luke Skywalker”.

It would be tempting to “blame” all this on the prequels adding in new information after the fact, but as the video essay goes to great lengths to point out, Obi-Wan Kenobi and Yoda teach Luke the same lessons about burying his feelings in the original trilogy. The difference between Anakin and Luke?

Luke consistently bucks his Jedi training in favor of giving in to his emotions and saving people.

Luke cares about others, even if they’ve “fallen to the Dark Side,” and so whether it’s to save his sister and his friends or to try to redeem Darth Vader, he follows his emotions in spite of the warnings he gets from his mentors, and he’s heroic because of it. This is why, to me, the Luke we meet in The Last Jedi is Peak Luke. He’s at his most emotional, his most vulnerable … and ultimately, at his most heroic

Why do some stars end their lives in a supernova explosion? And how does that lead to forming planets and life like us? A science expert (Jerrika Hinton) explains by hooking her hapless assistant (Wil Wheaton) up to a Thought Visualizer, a machine that allows anyone to see his thoughts. With Ed Wasser.

(6) MORE VIDEO ARCHEOLOGY. Fanac.org has posted the restored video of the “Weird and Horror Genre Luncheon Panel” from MidAmeriCon, the 1976 Worldcon.

MidAmeriCon, the 34th World Science Fiction Convention, was held in Kansas City in 1976. This excerpt from the discussion held at the Weird and Horror Genre Luncheon features (L-R) Poul Anderson, Charles Grant, Ted White, Kirby McCauley (mod), Tom Reamy and Stuart Schiff talking about ghost stories, fairy tales, and why they are attracted to the genre. There are some spots where the film is damaged. Video and video restoration provided by David Dyer-Bennet and the Video Archeology Project.

(7) FLAME ON. HBO dropped a teaser trailer for Fahrenheit 451.

HBO Films presents Fahrenheit 451. In a terrifying care-free future, a young man, Guy Montag, whose job as a fireman is to burn all books, questions his actions after meeting a young girl…and begins to rebel against society. Starring Michael B. Jordan, and Michael Shannon.

(8) EATING THE FANTASTIC. Scott Edelman invites listeners to share flash-fried cauliflower with Sheila Williams in episode 57 of the Eating the Fantastic podcast. 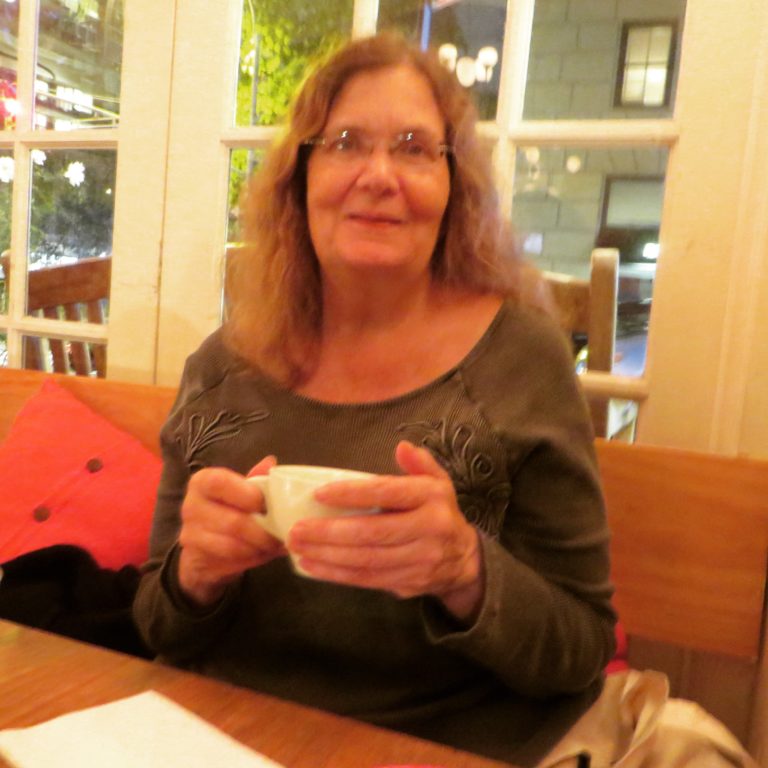 Sheila has worked for Isaac Asimov’s Science Fiction Magazine since 1982, became its editor in 2004, and went on to win the Hugo Award for Best Short Form Editor in 2011 and 2012. She also co-edited A Woman’s Liberation: A Choice of Futures by and About Women with Connie Willis, as well as numerous other anthologies.

We chatted about her first day on the job more than a third of a century ago, meeting Isaac Asimov at an early Star Trek convention when she was only 16, which writer intimidated her the most when she first got into the business, what she learned from working with previous Asimov’s editors Shawna McCarthy and Gardner Dozois, the most common problems she sees in the more than 7,000 stories that cross her desk each year, the identities of the only writers she’s never rejected, what goes through her mind in that moment she reads a manuscript and arrives at “yes,” and much more. 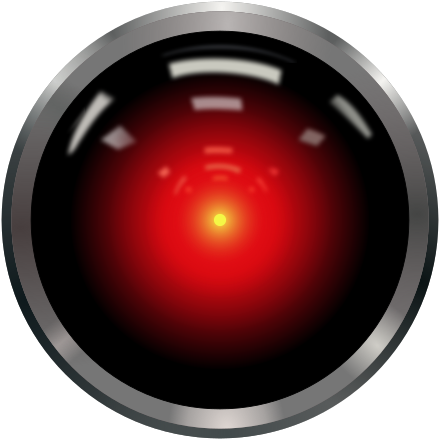 But, for now, here are this year’s ten finalists, in no particular order, with my – somewhat arbitrary – scores. Thanks again for all the writers, readers, judges and administrator (singular!) for participating, and please check out the other judges for other perspectives!

(13) CON OR BUST. Kate Nepveu’s Con or Bust newsletter lists many opportunities for fans of color/nonwhite fans to get memberships and other assistance to attend upcoming sf events. For example —

The following cons have recently donated assistance or memberships to Con or Bust:

(14) LAST JEDI ANALYZED. Under some circumstances, Foz Meadows might like to take a red pen to “Star Wars: The Last Jedi”. BEWARE SPOILERS, if you still need to.

Based on this, it seems clear that The Last Jedi is intended to parallel The Empire Strikes Back, both structurally and thematically. All the same elements are in play, albeit recontextualised by their place in a new story; but where Empire is a tight, sleek film, The Last Jedi is middle-heavy. The major difference between the two is Poe’s tension-and-mutiny arc, which doesn’t map to anything in Empire.

And this is the part where things get prickly. As stated, I really love Rose Tico, not only because she’s a brilliant, engaging character superbly acted by Kelly Marie Tran, but because she represents another crucial foray into diverse representation, both in Star Wars and on the big screen generally. There’s a lot to recommend Vice-Admiral Holdo, too, especially her touching final scene with Leia: I still want to know more about their relationship. I am not for a moment saying that either character – that either woman – doesn’t belong in the film, or in Star Wars, or that their roles were miscast or badly acted or anything like that. But there is, I suspect, a truly maddening reason why they were paired onscreen with Finn and Poe, and that this logic in turn adversely affected both the deeper plot implications and the film’s overall structure.

A giant black hole located at the center of a galaxy 800 million light-years from Earth has been caught on camera letting out not one, but two massive “burps” of highly charged particles.

It is the first time astronomers have viewed the phenomenon twice in the same black hole.

Images released Thursday and credited to the Hubble Space Telescope and the Chandra X-ray Observatory were presented at the American Astronomical Society’s winter meeting in National Harbor, Md., outside Washington, D.C.

“Black holes are voracious eaters, but it also turns out they don’t have very good table manners,” Julie Comerford, an astronomer at the University of Colorado Boulder, said during a news conference Thursday, according to Space.com. “We know a lot of examples of black holes with single burps emanating out, but we discovered a galaxy with a supermassive black hole that has not one, but two burps.”

If only all of us could see the world the way Paddington sees London. The furry little bear in a raincoat looks around his adopted home and finds, in the smiling faces of his neighbors, nothing but joyful spirits and good intentions. There are no “no-go zones”; even a prison full of roughnecks can be a chance to help people in need. Forget the fact that he’s a talking bear from Darkest Peru. It’s Paddington’s impenetrable spirit, his striving to do right by the world, to “always see the good in people,” even those who wish him harm, that is the biggest wish-fulfillment of 2018.

(17) SHE GETS MAIL. Ursula Vernon cannot comfort the youth of America —

Small child, your more-in-sorrow-than-anger letter telling me that you are gravely concerned that it has been two years and there are no new Dragonbreath books is hilariously guilt-trippy, but I can't help you.

I would love to, but the publisher didn’t buy it!

(18) MORE EYES IN THE SKY. BBC reports on a UK satellite, launched by India, to make movies from space, (first of a planned cluster, like ICEYE satellites sent yesterday).

A British satellite has gone into orbit on an Indian rocket to acquire full-colour, high-definition video of the surface of the Earth.

The demonstrator is expected to pave the way for a series of at least 15 such spacecraft, which will be operated by the Guildford-based company Earth-i.

The small, low-cost UK mission was one of 31 payloads riding on the Indian Polar Satellite Launch Vehicle.

It lifted off from the Satish Dhawan spaceport in Andhra Pradesh.

Sources say this is still very early development, as the film has no greenlight, but naming a writer is the closest the studio has come to moving forward on a standalone pic. Marvel President Kevin Feige met with several candidates before tapping Schaeffer, and Marvel execs met with Johansson to discuss what they wanted from a “Black Widow” writer.

In case you need a reminder, watch this scene from Iron Man 2 of Scarlett Johansson’s Black Widow in action.