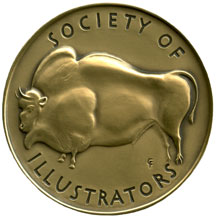 Irene Gallo is the Associate Publisher at Tor.com and the Creative Director at Tor Books.  She has art directed countless illustrators and her work has received numerous awards, including this year’s Gold Medal winning image by Sam Weber for The Language of Knives.

I’ve been biting my tongue on this all weekend. I began to worry I dreamt it! (1/4) https://t.co/18DyxilYpG

What we learn from them is fascinating, considering that compositions like this are now created in powerful computer systems with dozens of separate tracks and digital effects. The Doctor Who theme, on the other hand, recorded in 1963, was made even before basic analog synthesizers came into use. “There are no musicians,” says Mills, “there are no synthesizers, and in those days, we didn’t even have a 2-track or a stereo machine, it was always mono.” (Despite popular misconceptions, the theme does not feature a Theremin.) Derbyshire confirms; each and every part of the song “was constructed on quarter-inch mono tape,” she says, “inch by inch by inch,” using such recording techniques as “filtered white noise” and something called a “wobbulator.” How were all of these painstakingly constructed individual parts combined without multi track technology? “We created three separate tapes,” Derbyshire explains, “put them onto three machines and stood next to them and said “Ready, steady, go!” and pushed all the ‘start’ buttons at once. It seemed to work.”

[John Scalzi] Science fiction and fantasy is becoming more diverse in who writes it and what is represented — and I, for the life of me, cannot see what the problem is. I mean, come on. I write meat-and-potatoes classic science fiction. I’ve got spaceships, I’ve got lasers, I’ve got aliens. To suggest that there’s not a market for that type of science fiction is absolutely ridiculous. I’m doing great!

It just also happens that there’s lots of other cool stuff out there that is not like the sort of stuff that I write, and I think that’s great. Not everybody is going to be interested in the stuff I write — and not everybody should be. There should be science fiction and fantasy of all genres. It should be as inclusive as possible about the possibilities of the future and the possibility of alternate worlds and alternate setups. Otherwise, it’s fundamentally missing the point of what science fiction and fantasy can achieve.

(4) PACIFIC RIM 2 IS FEELING BETTER. No sooner did I relay the news that there would be no Pacific Rim sequel than its director, Guillermo del Toro, took to Twitter with this reassurance —

Pac Rim 2 cancelled? Don't believe everything you read. It's still going and I'll remain w it in one way or another!

The WSFS Mark Protection Committee is assembling citations of usage of The Hugo Award in Europe (including the UK) in support of our application for registering it as a service mark in the EU. Things that could be useful include mentions of a being a Hugo Award winner (or nominee) on the cover of a work published within the EU and references to the Hugo Awards in EU-based publications, including fanzines. Mentions in non-EU publications aren’t as useful, because we’re working on backing the claim that The Hugo Award has been used in Europe for a long time. British references are just fine; the UK is part of the EU.

If you have material you think might be useful for this, write to Linda Deneroff (lindandee@gmail.com), Secretary of the WSFS MPC. She’ll let you know how to get the material to her for our compilation.

(6) CLASSIC SF RERUNS. In the middle of 2015 the Comet TV network came into existence. It specializes in showing old sf TV episodes, and selected movies. Among its offerings is my childhood favorite – Men Into Space, which was on the air for one season in 1959.

According to Wikipedia, Comet has affiliation agreements with television stations in 78 media markets encompassing 33 states and the District of Columbia. The nearest station to me airing this content is KDOC in Orange County. 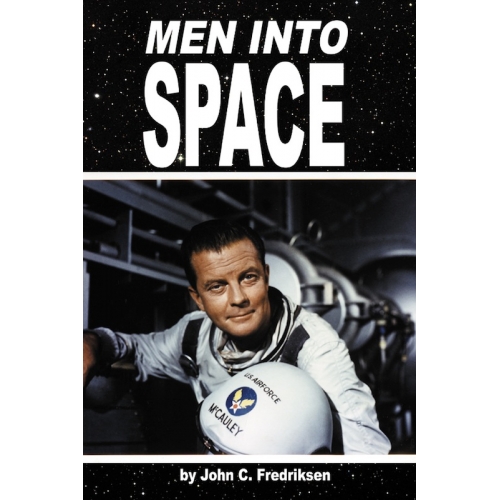 (7) BOWIE TRIBUTE 1. Molly Lewis and Marian Call (both singers of nerdy songs and frequent performers at Wil Wheaton, Adam Savage and Paul and Storm’s W00tstock variety show) cover “Space Oddity,” but only using the thousand most common words in the style of Randall Munroe’s Up Goer 5 and Thing Explainer:

(9) CLOTHING THE IMAGINATION. Ferrett Steinmetz does not miss George Lucas’ input to the franchise, for reasons explained in “A Brief Discussion of Star Wars Costumes”.

So I was thinking about the lack of imagination in the prequels versus the Force Awakens.  And some of that’s evident in the costumes.

Because I just saw a picture of Obi-Wan… and he’s wearing basically the same outfit in the prequels that he wears in A New Hope.  Which implies that Obi-Wan basically has dressed the same for, well, his entire fucking life.  He retreated to Tatooine as part of a secret mission, wearing what are clearly fucking Jedi robes in retrospect, and Lucas didn’t care because, well, the characters weren’t what he cared about.

How ridiculous is it that someone would wear the same outfit for seventy years if he wasn’t some sort of bizarre cartoon character or performer?  Especially if he went into hiding?

(10) KICKER PUPPY. Joe Vasicek’s headline says “George R.R. Martin may not be your bitch, but I am”, however, this is not exactly an exercise in humility.

This discussion is not new, even with regard to Mr. Martin. Way back in 2009, Neil Gaiman addressed this issue in a blog post where he stated quite memorably that “George R.R. Martin is not your bitch”:

People are not machines. Writers and artists aren’t machines.

You’re complaining about George doing other things than writing the books you want to read as if your buying the first book in the series was a contract with him: that you would pay over your ten dollars, and George for his part would spend every waking hour until the series was done, writing the rest of the books for you.

No such contract existed. You were paying your ten dollars for the book you were reading, and I assume that you enjoyed it because you want to know what happens next.

So that’s one end of the spectrum: that writing is an art, that it can’t be forced, that trying to force it is wrong, and that writers have no obligation to their readers to force anything. …

So George R.R. Martin may not be your bitch, but I most certainly am. Writing is not something that happens only sometimes: it’s my job, and I do it every day. And as for accountability, I absolutely feel that I’m accountable to my readers. They are the whole reason I am able to do this in the first place. If that makes me their bitch, then so be it.

I would pay actual money to watch Miss Piggy and Kermit debate the Hugo Awards. For real. https://t.co/Y0z4jLFgd3

The BrickVault team said it took thousands of dollars to procure all of the supplies from website BrickLink, far more than the $218.99 price tag for Lego’s official 1,137-piece AT-AT kit.

(12) BUT CAN YOU TUNA FISH? This has been rightly captioned a “Bizarre Star Wars Japanese Commercial.” Aired in 1978, it shows galactic peace being achieved with canned tuna fish.