(1) SPACE, THE INITIAL FRONTIER. In a profile published in the October 17 New Yorker, Julie Phillips reveals why Ursula Le Guin’s name has a space in it.

Her husband’s birth name was Charles LeGuin.  They were married in France, and “when they applied for a marriage license, a ‘triumphant bureaucrat’ told Charles his Breton name was ‘spelled wrong’ without a space, so when they married they both took the name Le Guin.”

And nearly every time the poets talk about SFPA in the hearing of old-time fanzine fans you can depend on someone dropping a heavy hint that they’re at risk being mixed up with a pre-existing fan group that uses the same abbreviation. Today it was Andrew Porter chirping in a comment on the announcement —

Not to be confused with the Southern Fandom Press Association, which has been around for more than 40 years…

Unfortunately it’s Porter who is confused, as he seems to have forgotten the apa’s name is the Southern Fandom Press Alliance.

(3) SAMOVAR LAUNCHES. A new sff magazine, Samovar, launched today, featuring “the best of speculative fiction in translation including original stories, reprints, poetry, reviews and more material, as well as printing translations alongside the stories in their original language.” Samovar will be produced as a quarterly, special imprint of Strange Horizons.

“Stories tell us who we are, and let us see who other people are. We already have access to an enormous wealth of speculative fiction in English, but we want to know more” – The Samovar editorial team.

What wondrous fantastical tales are being conjured in Finnish? Who writes the best Nigerian space odysseys? Is Mongolia hiding an epic fantasy author waiting to be discovered? We want to know, and we aim to find out.

For Samovar, writers and translators are of equal importance, and we do our best to shine a spotlight on the talented individuals who pen both the original and the translated version of a story. We hope that in this way we can boost the profile of speculative fiction in translation so that everyone involved receives the recognition they deserve and so we can all continue to enjoy the strange, mind-bending and fantastical fiction of all cultures.

In issue one: two sisters create an imagined world where things that are lost can be found. A despot is forced to see the truth he’s tried to hide from. An academic finds poetry, science fiction and reality beginning to merge. And the Curiosity Rover turns its own sardonic gaze on Mars.

Our first issue is live! Hooray!
Go and check it out at https://t.co/PCdxhjrjnf pic.twitter.com/Khlo71vZGD

(4) TENSION, APPREHENSION, AND DISSENSION. The Atlantic’s Megan Garber asks: What’s the opposite of a “cliffhanger”?

Extended cliffhangers (cliffstayers? cliffhaaaaaaaaaaaaaaaangers?) have animated some of the most narratively powerful works of television of recent years; they have helped to heighten the tension in shows like Breaking Bad (how low will Walt go?) and Serial (did he do it?) and Quantico (did she do it?) and True Detective (who did it?) and Lost (who are they? where are they?) and, in general, pretty much any sitcom that has ever featured, simmering just below its surface, some will-they-or-won’t-they sexual tension.

What’s especially notable about the recent shows that are employing the device, though, is that they’re locating the tension in one (unanswered) question. They’re operating in direct opposition to the way traditional cliffhangers were primarily used: between installments, between episodes, between seasons, in the interstitial spaces that might otherwise find a story’s momentum stalling. Big Little Lies and Riverdale and This Is Us and all the rest are taking the specific narrative logic of “Who shot J.R.?” and flipping it: The tension here exists not necessarily to capture audience interest over a show’s hiatus (although, certainly, there’s a little of that, too), but much more to infuse the content of the show at large with a lurking mystery. Things simmer rather than boil. The cliffhanger is less about one shocking event with one central question, and more about a central mystery that insinuates itself over an entire season (and, sometimes, an entire series).

(5) SLOWER THAN LIGHT COMMUNICATION. This is how social media works: I never heard of Harry Potter & the Methods of Rationality until somebody complained about it.

First, the following request: I would like any readers who think that HPMOR deserves it sufficiently, and who are attending or supporting the 2015, 2016, or 2017 Worldcon, to next year, nominate Harry Potter and the Methods of Rationality for Best Novel in the 2016 Hugos. Whether you then actually vote for HPMOR as Best Novel is something I won’t request outright, since I don’t know what other novels will be competing in 2016. After all the nominees are announced, look over what’s there and vote for what you think is best.

I don’t know how many votes he ended up getting but it wasn’t enough to rank among the top 15 works reported by MidAmeriCon II.

(6) FINALLY A GOOD WORD ABOUT THE MOVIES. Book View Café’s Diana Pharoah Francis was both nostalgic and thoughtful after hosting a Lord of the Rings marathon at home.

…Among the SF/F communities, it was this extraordinary vision come to life in a way we had never experienced before. It was not cheesy or all about the CGI. It was about strength, honor, choices, and hope. It was real characters in dreadful situations. The watching of heroes being made and broken beneath weights no one should have to bear. And Aragorn — a king in the making. A soul of strength and doubt and humility.

The movies were inspiring on a lot of fronts. I think it’s appropriate to watch it now in a world that is struggling so hard against itself. With so much fear, and worry and such dire enemies. Who are those enemies? Too many are ourselves. Our fears that turn us into monsters or traitors. Denethor, Gollum, Boromir, the Nazgul — absolute power corrupts. There are those who give up. Those who refuse to fight. Those who lose themselves.

The stories, the movies and the books, are a view into ourselves and what we can hope to be and what we may become — good and bad. It’s a reminder that it’s never a good time to quit in the battle against darkness — in whatever shape it takes….

“Chosen entirely on the basis of merit,” says James, “with a side-order of not repeating titles that were on the first list.”

(8) TWEETS OF THE DAY ABOUT TWO WEEKS AGO. I felt a disturbance in the force. Just not right away.

Best Series just seems like a handout for white dudes willing to write the same boring book every other year for a couple decades.

If anything, the WSFS should be coming up with ways to punish the people who write series.

(9) FIVE PLUS TWO. John Scalzi offers “7 Tips for Writing a Bestselling Science Fiction Novel” at Female First. This is my favorite:

Make your universe two questions deep. By which I mean, make it so when someone asks you a question about why/how you created or portrayed the universe, character etc the way you did, you have a smart, cogent answer for it, consistent with the construction of the book. And then when they have a follow-up question, be able to answer that effectively, too. That will make 95% of your readers happy with your worldbuilding (the other 5% are SUPER nerds. Which is fine! For them, say “Oh, I’m glad you asked that. I’m totally going to address that in the sequel.” Try it! It works!).

Strangely enough, none of his seven tips is “Start a fuss with somebody in social media.”

(10) SECOND FIFTH. But as we just witnessed last week, that is part of the Castalia House playbook – which is evidently followed by Rule #2, “Stalk real bestselling writers on their book tours.”

Here’s a video of a jackass asking John Scalzi to sign Vox Day’s SJWs Always Lie, and posing an insulting question about John’s Tor book deal. You’ll note the book in John’s hand has not been autographed by Vox Day. When is his book tour? 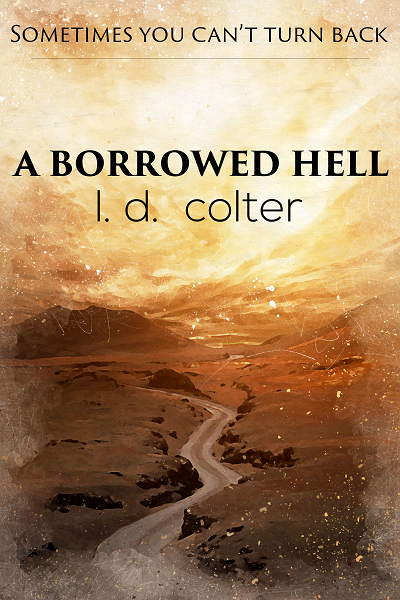 Facing a sad, empty life, July always persevered by looking forward. An unhappy childhood, a litany of failed relationships, and even losing his job–none of it could stop him. But then the foreclosure notice arrives, and July is facing losing the one thing that keeps him grounded–his home.

With pain in his past and now in his future, July gives up and starts down the same road of self-destruction that the rest of his family had followed. It is only when he awakens in a hospital after a violent car accident that things change.

He starts to experience blackouts, which leave him in an alternate reality of empty desert and strange residents. It is a nightmarish world that somehow makes the real world seem that much better. Then he meets a woman that becomes a beacon of light, and his life starts to turn around.

But the blackouts continue, sending him to the alternate reality more often and for longer periods of time. Realizing that he may never escape, July asks the question he’d always been afraid to ask: How can he finally be free? The answer is one he’s not sure he can face.

I can’t resist a droll bio:

Due to a varied work background, Liz can boast a modest degree of knowledge about harnessing, hitching, and working draft horses, canoe expeditioning, and medicine. She’s also worked as a rollerskating waitress and knows more about concrete than you might suspect.

(12) HISTORY MINUS FDR. The LA Times says a bestselling author has a new trilogy on the way.

Charlaine Harris, whose Sookie Stackhouse books inspired the television series “True Blood,” will release the first book in a new trilogy next year.

Harris’ novel “Texoma” will be published in fall 2018 by Saga Press, a science fiction and fantasy imprint of Simon & Schuster, the publisher announced in a news release.

“Texoma” will be a work of speculative fiction that takes place in “an alternate history of a broken America weakened by the Great Depression and the assassination of Franklin Delano Roosevelt.”

(13) DAMP YANKEES. In New York Magazine’s author interview “Kim Stanley Robinson’s New York 2140: To Save the City, We Had to Drown It”, Robinson discusses why the book is surprisingly optimistic, how his thoughts on the global economy influenced 2140, and how he came up with the time frame for the book.

…[T]here were two goals going on that forced me to choose the date 2140, and those two goals cut against each other. I needed to put it far enough out in the future that I could claim a little bit of physical probability to the height of the sea-level rise of 50 feet, which is quite extreme. A lot of models have it at 15 feet, though some do say 50 feet. So I did have to go out like a 120 years from now.

Cutting against that future scenario, I wanted to talk about the financial situation we’re in, this moment of late capitalism where we can’t afford the changes we need to make in order to survive because it isn’t cost effective. These economic measures need to be revised so that we pay ourselves to do the work to survive as a civilization facing climate change.

I wanted a finance novel that was heavily based on what lessons we learned — or did not learn — from the crash of 2008 and 2009. All science-fiction novels are about the future and about the present at the same time.

(14) WEBCAST. Another Spider-Man trailer will be out tomorrow – here’s a seven-second teaser for it.