Mike VanHelder, chair of the Valley Forge in 2017 NASFiC Bid, has announced the appointment of Billy Hung as a Diversity and Inclusion Officer.

I asked Billy to join our NASFiC bid specifically because I am acutely aware that despite the genuine commitment that we as a bid committee have to increasing diversity and including all sorts of people in our convention, we have blind spots, and we probably aren’t even aware of most of them. Billy’s job is mainly to keep an eye on what we’re doing and, if (and, if I’m going to be realistic, when) we mess up, he stops us. Think of him as a hall monitor except instead of running in the hallways, unconscious bigotry. 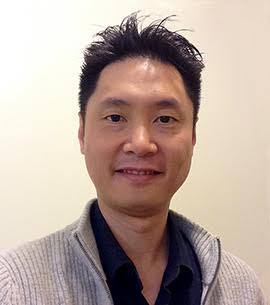 Bill Hung describes his background in sf fandom in this paragraph on the bid’s website:

Raised on the pulp Hong Kong SF of the 70s and nourished by both the trashy and classic wuxia, Billy found his way to western fantasy in 7th grade via AD&D game worlds. Marrying a husband who is a Trek fan and a lover of cheesy B-grade monster flicks… means Billy was destined to never leave SF/F fandom, and that suits him just fine. Billy has attended dozens of conventions, some of which were even about SF/F! In his professional life, Billy has been involved in inclusion and diversity issues in one way or another since his undergraduate days. He has organized speaker panels on LBGTQ issues, served on diversity committees, trained teachers on universal design and classroom inclusiveness issues, and served on advisory board for student disability issues.

Supporters of a rival 2017 bid commented here at File 770 yesterday that 2015 ConQuesT chair Kristina Hiner is a member of the Valley Forge bid committee, a connection which may have influenced the timing of this announcement.