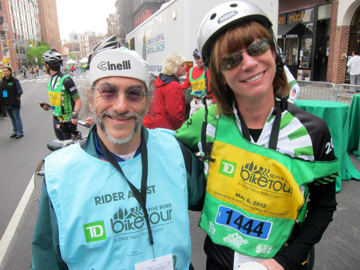 New York fan Danny Lieberman died of leukemia on October 19. He had been sick since 2011, but had not wanted to share that on social media.

Lieberman attended and worked on many conventions: his service included leading the Facilities Division at Bucconeer, the 1998 Worldcon, and the “Tardis and Couch Division” at Millennium Philcon, the 2001 Worldcon.

Den and Sharon Fox with Danny Lieberman at Bucconeer.