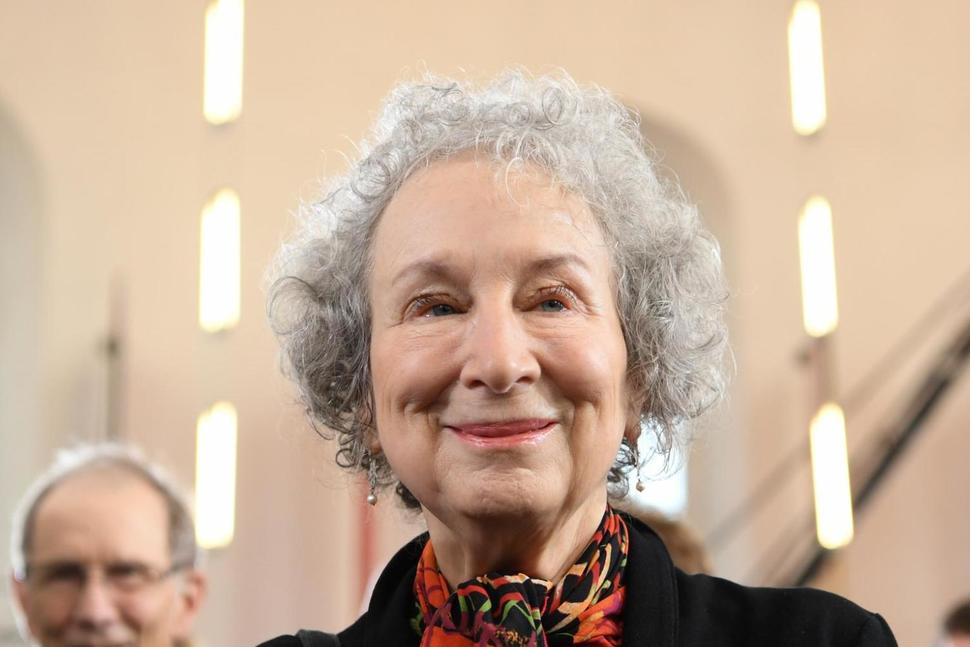 Margaret Atwood was presented with the Franz Kafka Prize at a ceremony in the Old Town Hall of Prague, Czech Republic, on October 17.

Atwood received a small statue of Kafka by Czech artist Jaroslav Rona and a cash prize of $10,000.

The international literary award named for the German novelist was first awarded in 2001 and is co-sponsored by the Franz Kafka Society and the city of Prague.

It is given to “authors whose works of exceptional artistic qualities are found to appeal to readers regardless of their origin, nationality and culture.”

Atwood is the 17th recipient of the award. Past winners include American Philip Roth, British playwright Harold Pinter, and Japanese novelist Haruki Murakami.