Many friends of Harlan Ellison visited him in the hospital on October 13 and say he’s faring well after his recent stroke. 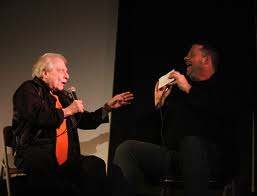 Harlan Ellison and Josh Olson at Cinefamily in 2011.

I just got back from the hospital. Harlan was in fine form, and being visited by Mark Evanier, Alan Brennert, David Gerrold and Kim and Kanye. A damn fine group of folks.

I mentioned that all over the interwebs, people were wishing him well, and offering to send him prayers and good wishes, and he suggested that instead of that, they all go to http://www.harlanellisonbooks.com and buy some of his fucking books.

“I gotta go do some physical therapy on my stupid fucking arm.” — actual quote from when I spoke to Harlan Ellison earlier. He’ll be fine. 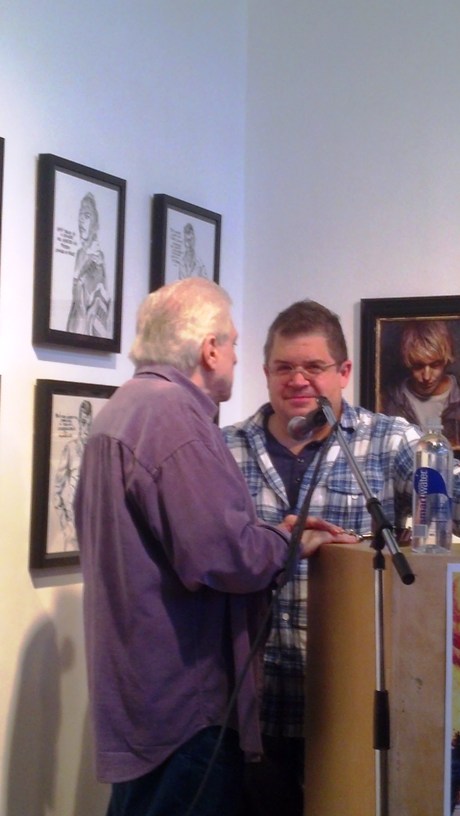 Visited Harlan Ellison at the hospital after his minor stroke. More energy and wit than most folks who haven’t had a stroke.

So today my pal Mark Evanier and I went to see my old friend and colleague Harlan Ellison, who is recovering from a stroke he suffered last week. This was without a doubt the cheeriest, often laugh-out-loud funniest, hospital visit I’ve ever paid. Harlan’s right arm and leg may be paralyzed, but his mind and wit definitely are not. He kept answering the phone, “Hello, Just This Side of Death, how can I help you?” and continued in his futile attempts to explain who Vera Hruba Ralston was to the very efficient, very nice, very young doctors and nurses caring for him.

Mark and I showed up as Harlan was finishing his physical therapy, and we were soon joined by David Gerrold and Josh Olson and his wife Nancy Himmel. There was much more comedy, but we’ll be releasing the entire session on CD and iTunes as Harlan: Live From the Stroke Ward on the Edgeworks label. No, I made that up, but we could have. It was great to see Harlan in such fine form after what could have been such a debilitating injury.

His mind is as sharp as ever, his speech is fine, his energy is volcanic as always. He’s going to have physical therapy for those limbs not currently in total control. But Harlan has a will of titanium so I do not doubt that he will win this battle.

I just want everyone to know that he’s our Harlan. No change. Mind moving at FTL speed. He out-talked us for an hour and entertained us with stories, even though we were the ones supposed to be entertaining him. It was a good visit.

The mainstream media also has started to cover this story – at least its more sf savvy members, like Douglas Perry of The Oregonian who ran Dennis C.’s quote and followed up with a personal insight.

This is exactly what anyone who knows Ellison would expect from him. He’s one of the last of a unique American breed: the larger-than-life writer — from Ernest Hemingway to Norman Mailer — who believed it was part of his job to live a big, civically engaged, adventure-filled life. How else could he write big, civically engaged, adventure-filled stories? 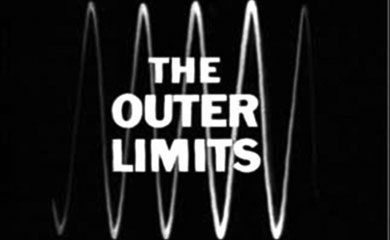 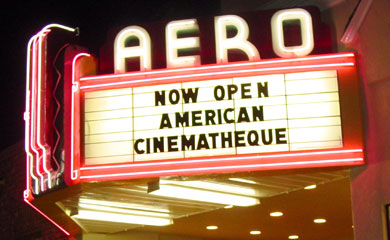