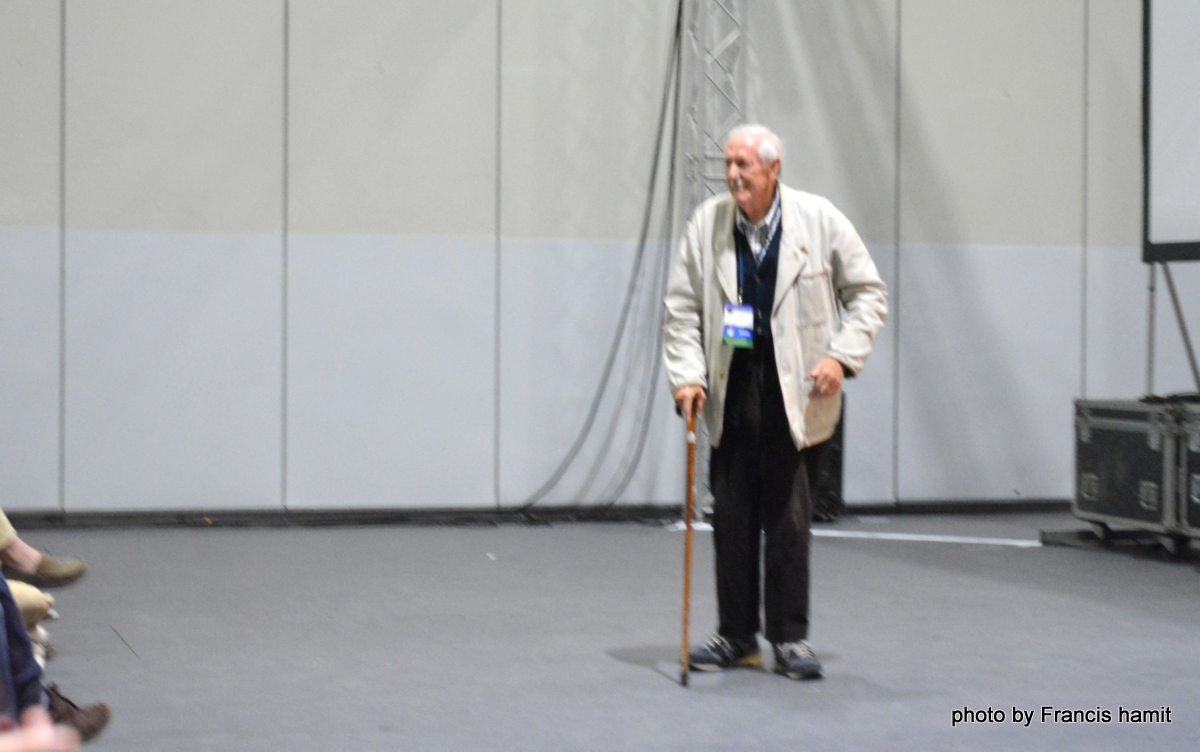 Brian Aldiss being serenaded with “Happy Birthday” at LonCon 3 in 2014. Photo by Francis Hamit.

Jovian Awards were sent anonymously to the 2015 Hugo nominees who finished second to No Award (Pixel Scroll 12/17, item 14). Warren Buff, in a comment to Andrew Trembley on Facebook, said “Part of me would love to see them track down the equivalent data for the previous five No Awards and do the same there.”

I wondered how hard that would be. I began by looking at the years involved in my post “The Extremely Short History of No Award”.

All past No Awards occurred in years before the rules were changed to require a report of voting statistics, however, committees sometimes announced the ranking of the finalists.

The Long List of Hugo Awards for 1959 does not know the order of finish for the three finalists, which were

Somewhat inconsistently, the 1959 Worldcon committee did announce Brian W. Aldiss as the writer who finished second to No Award, and they gave him a plaque. (See Michael Ashley, in Transformations: The Story of the Science-fiction Magazines from 1950 to 1970.) Of course, Aldiss still could be given a Retro Jovian, and he might even enjoy it.

The Long List of Hugo Awards for 1963 also did not report how the finalists ranked in voting. They were:

Who finished second to No Award in 1971 needs to be resolved. The Long List of Hugo Awards for 1971 says it was Colossus: The Forbin Project – a film that is getting some love in the current SF Movie Bracket. But Tony Lewis, chair of the 1971 Worldcon, who also tallied the Hugo votes, told File 770 in 2009 that No Award got a majority of votes while Jefferson Starship’s Blows Against the Empire received the largest number of votes of any nominated work. Somebody should be able to reconcile these two answers.

According to the Long List of Hugo Awards for 1977 this was another year where the final rankings were not disclosed. The nominees were –

I leave the rest as an exercise for DIY trophy makers…