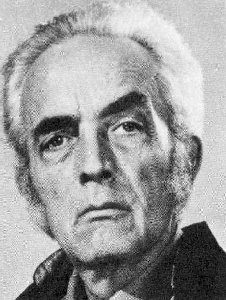 Literary agent Kirby McCauley died over Labor Day Weekend of renal failure associated with diabetes. McCauley represented many writers, Stephen King once among them, and in the 70s and 80s was one of the top agents in the field. He was George R.R. Martin’s agent for decades and Martin has written a lengthy tribute.

Whether due to overexpansion or McCauley’s personal problems, his agency suffered a downturn in the late 1980s. King dropped McCauley in 1988, and several other clients followed the agency’s departing employees.

However, the business recovered and in 1994 McCauley was able to lay the foundation of another great success. George R.R. Martin remembers:

When I sent him two hundred pages of a fantasy I had been working on for a few years, and asked him if he could maybe sell it for enough money to get me out of television, he chuckled and said he thought maybe he could…. Kirby sent the book all over New York, got six publishers to submit offers, and soon had two of them bidding each other up and up until… well, Bantam won, and I popped a bottle of champagne, bid farewell to television, and set to work on A Game of Thrones.