These images of the 2014 Hugo Award and Retro Hugo Award bases were tweeted last week but never forget File 770’s motto — it’s always news to somebody! 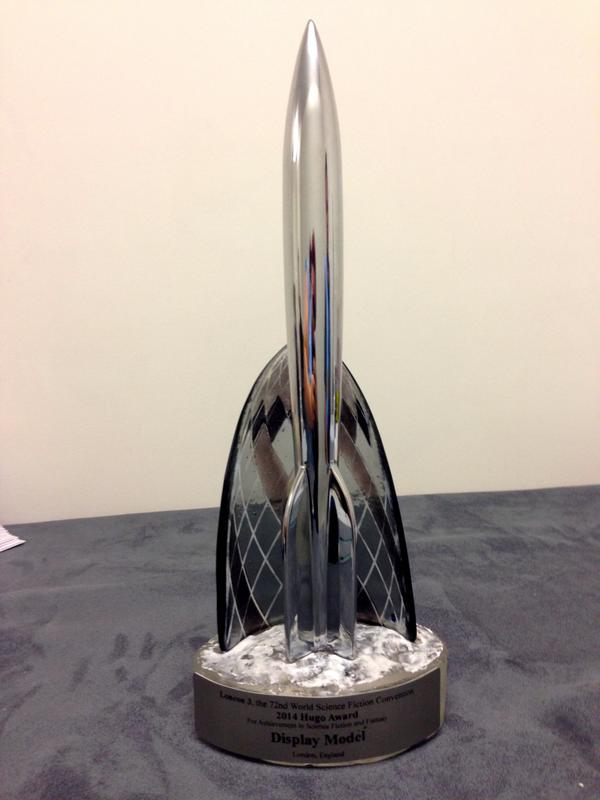 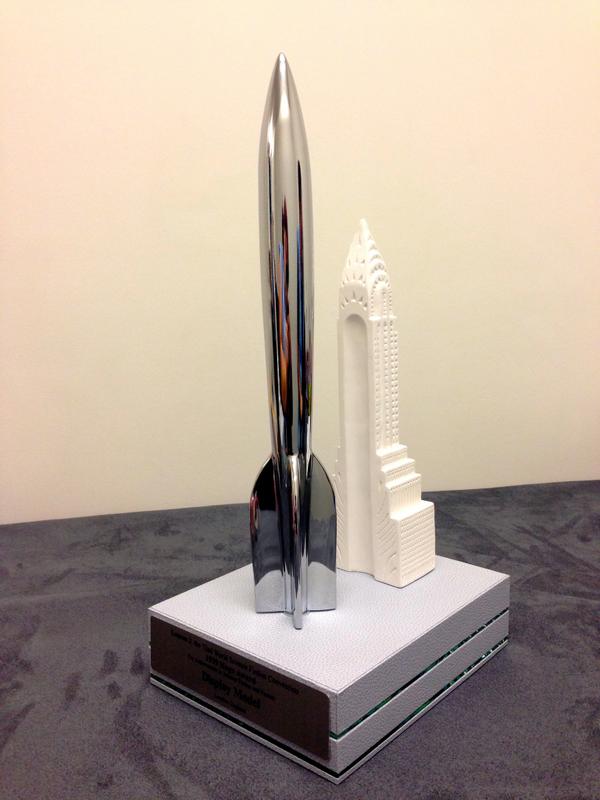 Loncon 3 has selected the winners of its competition to design the Hugo and Retro Hugo Awards bases.

Joy Alyssa Day is the creator of the winning design for the 2014 Hugo Award.

Marina Gélineau produced the design chosen for the 1939 Retro Hugo, also being given this year.

Day is a first-time winner, while Gélineau previously designed the 2011 Hugo base.

Both bases will be shown during the Loncon 3 Opening Ceremony and displayed for the run of the convention.

Each Worldcon committee commissions its own unique base, whereas the Hugo Award trophy itself is a chrome-plated rocket. The first rockets were made by Jack McKnight and Ben Jason under the inspiration of Chesley Bonestell’s artwork. For the past several decades the rockets have been produced under the direction of British fan Peter Weston.