Three new recruits have joined the Time Police, at what turns out to be a critical, and dangerous, moment in its own history. Jane Lockland finally had enough of being her grandmother’s unpaid servant. Matthew Farrell is the son of two leading historians at St. Mary’s, the Time Police’s nemesis organization. He wants to work on the Time Map. Luke Parrish is the son of a billionaire, who has tried his father’s patience too far, and been coerced into the Time Police. They are definitely Team Weird. They can’t even do their first “gruntwork” assignments in the approved way, and the fact that they do them anyway really ticks people off. This puts them in the line of fire of the traditionalists in the Time Police, who want to throw out not just them, but the reformers who are bringing in all this change, like being more conservative about use of shoot to kill orders against Time Police officers they disagree with…

Review By Lis Carey: The invention of time travel led to the Time Wars, which led to the Time Police, who solve problems by ruthless, thorough, application of force. Stop the illegal time travelers, bring home for prosecution any who are unaccountably still alive, and burn what’s left. The Time Police have a rival, or nemesis, St. Mary’s who, they will assure you don’t do time travel. That would be illegal. They study major historical events in contemporary time. The earliest (in internal chronological order) of the St. Mary’s Chronicles is The Very First Damned Thing (Chronicles of St. Mary’s 0.5)

It’s very easy to see why the rules-oriented Time Police aren’t fond of the scholarly and chaotic St. Mary’s crew.

In this first of the Time Police stories, there are three new recruits. One is Jane Lockland, a rather meek, quiet, young woman who has finally bailed on being her grandmother’s unpaid servant. One is Luke Parrish, son of a billionaire, whose casual, self-indulgent lifestyle has finally angered his father sufficiently to bribe the Time Police to take him as a recruit. Another is Matthew Farrell, son of two of the historians at St. Mary’s. In fact, his mother, Dr. Maxwell, is the one whom the Time Police find most infuriating.

The three of them have survived the classroom portion of their training, and are now ready to be assigned to field training –“gruntwork.” Most recruits have over the last weeks sorted themselves into natural teams of four — with three left over. These three. Who are not at all the ordinary sort of Time Police recruits. There’s been a drive to increase diversity, in part due to a recognition at the top that with the Time Wars definitely over, they need to adopt a new approach to the new problematic time travelers — time tourists, speculators, big business, and organized crime. Jane fits the desire to have more women. Matthew is a nerd who wants to work on the Time Map after his gruntwork training, and is well suited to it. Luke — Luke is proof that enough money can buy almost anything.

These three didn’t even naturally attract each other. They’re just the three left over, stuck together for lack of alternatives. Major Ellis takes them on as his team, and bribes an earlier St. Mary’s refugee, Officer Celia North, who didn’t like the chaotic atmosphere at St. Mary’s and fled to the greater order of the Time Police, to be the missing fourth member of his new team.

That team, Team 236 officially, Team Weird according to others, doesn’t do anything the right way. Whether going after an amateur time traveler who jumps forward a week to find out the winning lottery numbers, or a single, pregnant rabbit genetically engineered to be immune to super myxomatosis and released into Australia, or as supporting members of a large team to stop a raid on King Tut’s tomb three thousand years ago, they don’t do anything the Time Police Way,

And yet, they do it. They get their jobs done. Matthew even brings down three time traveling tomb raiders and prevents Major Ellis from dying of his gunshot wound during that operation to protect Tut’s tomb.

They are starting to gel as a team.

Which is when they stumble into the crosshairs of a faction among the “traditional” Time Police officers, the ones who don’t think people like Team Weird, or women generally, or people with any connection to St. Mary’s, or with other nontraditional characteristics, should be recruited. Who don’t think people like Commander Hay (head of the Time Police), or Major Ellis, should be running things.

That’s when things go all to heck, and Jane finds herself the only suspect in a murder, and Luke and Matthew dig her and themselves even deeper by pulling off a rescue, and the future of the Time Police, and possibly the future of history and the future, hang in the balance.

It’s a lot of fun, with good characters, action, people having to actually work with people they fundamentally disagree with. Oh, and a perfectly pulled off silly line delivered to the readers absolutely perfectly.

I bought this book.

The winners of the 2021 Prix Actusf de l’Uchronie were announced November 19.

It is a juried award for work in a specialized segment of sff field, described in the Wikipedia:

Uchronia refers to a hypothetical or fictional time-period of our world, in contrast to altogether fictional lands or worlds. A concept similar to alternate history but different in the manner that uchronic times are not easily defined.

Middle-Earth and the Hyborean Age are examples of uchronic settings.

Eligible works were those published or released in French between September 1, 2020 and June 30, 2021.

[Thanks to JJ for identifying the English titles of translated works.] 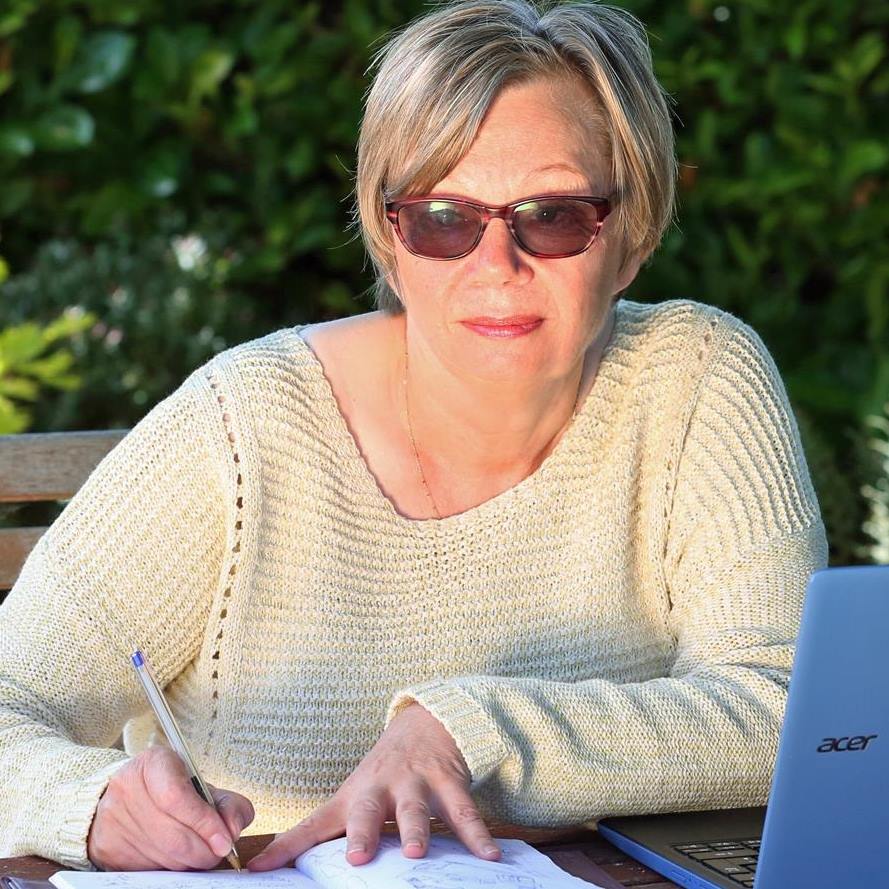 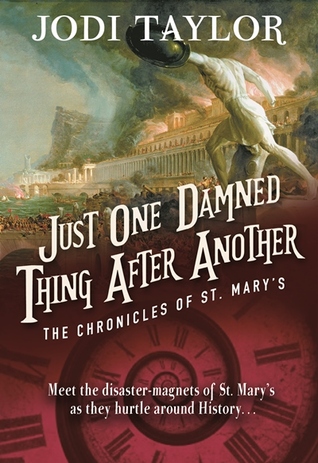 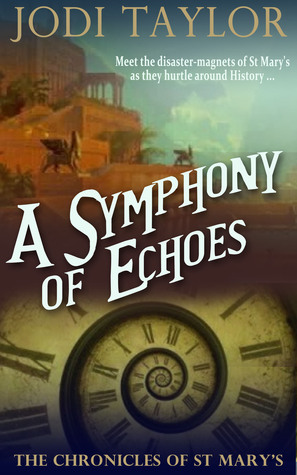 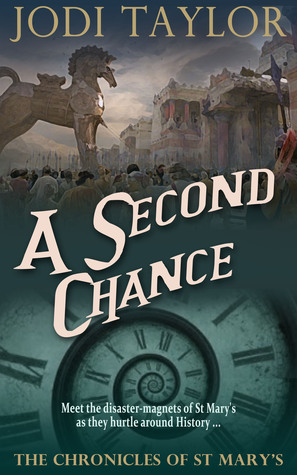 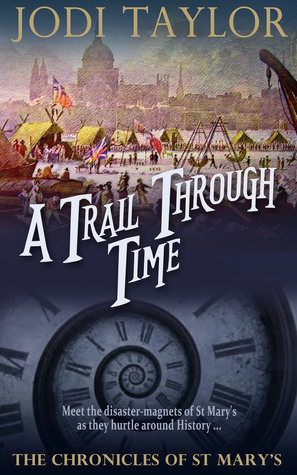 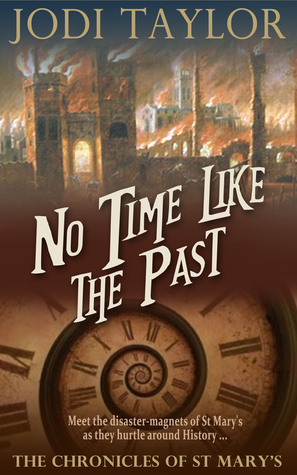 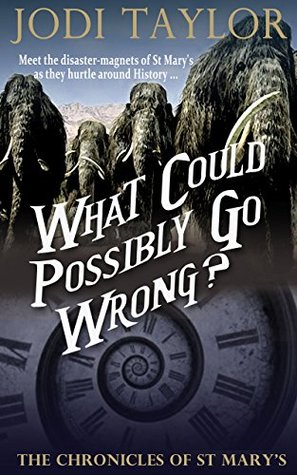 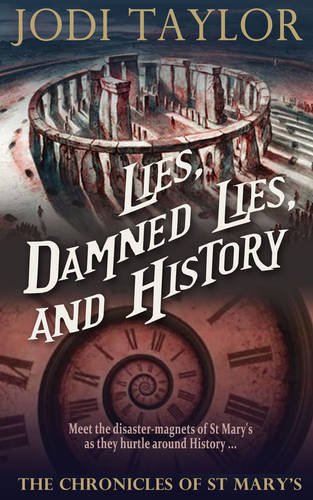