By John Hertz: Among our astounding developments – our amazing, stellar, thrilling, wonderful developments – is the Masquerade at science fiction conventions.  Once a dress-up party as the name suggests, pioneered by Forry Ackerman and no less than Jack Speer, by the 1960s it had come to its present form, an on-stage competition with lights, sound, judges, outdrawing anything except Hugo Night at the Worldcon.  Marvels appear.  Jokes.  It’s been called a cross between kabuki and Little Theater.

Fans and pros have been involved, and of course some people are both.  Larry Niven wrote the script for “One Night at the Draco Tavern” with himself as a helpless man who never quite understood what was going on, and included it in a 2006 collection.  Mike Resnick has been very fine as costumer and as a Master of Ceremonies.  Karen Anderson at Nolacon II the 46th Worldcon was given a costuming Life Achievement Award.  That was the predecessor of the current (since 1990) award given by the International Costumers Guild at Costume-Con.

First as Kathy Bushman, then as Kathy Sanders, she was for decades a compelling vibrant force in Masquerades, including Worldcon Masquerades, working alone, in groups — sometimes large groups.  She understood beauty, drama, strangeness, and time.

She co-chaired Costume-Con IV and XIV.  I judged for her when she was Masquerade Director at L.A.con III the 54th Worldcon.

The Masquerade is ephemeral.  Video records are difficult.  Some photographers have learned to make good stills of Masquerade entries.  Run-time footage showing the actual events of the stage, particularly alas for the great decades of the Sixties, Seventies, and Eighties, even into the Nineties — not great because they’re past, just great — is scanty and often rough.  The ICG Archive much to its credit did manage a Sanders posting for YouTube. It’s worth your while.

So is the list of Life Achievement winners.  You can get it elsewhere, but I give it to you here — in chronological order.  These names are worth recognizing, men and women who have enriched us, in this artform we seem to have invented. 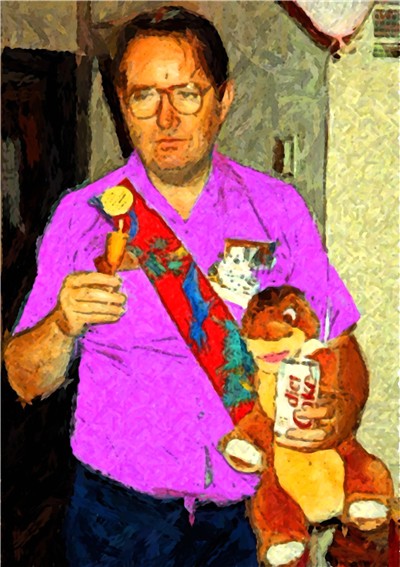 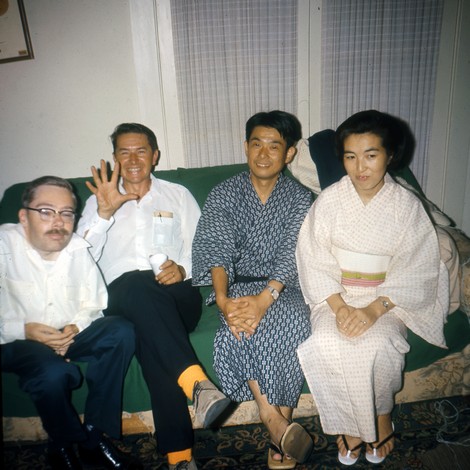