A resolution by Mark Richards, Chris Barkley and Juli Marr has been added to the Dublin 2019 Business Meeting agenda. It has been designated B4, (although there was another item which had that number.)

Resolved, it is the sense of the Business Meeting that, for the written fiction categories of Best Novel, Novella, Novelette, and Short Story, when the winner in one of these categories is a translated work, the credited translator shall be awarded a Hugo alongside the author.

Mark Richards explains the purpose of the resolution with these comments:

The choice of translator can make the difference in the impact of a work of fiction in translation, in comparison to its impact in its original language.

Fluency in the original language may be enough for a good translation. We feel that familiarity with the context in which a work was written adds to the quality of the result, and that a translator’s contribution there can make a difference.

For example, Liu Cixin’s Three-Body Problem wouldn’t have been nearly as successful had Ken Liu not gotten all of the nuance of Chinese history during the Cultural Revolution and been able to transmit that
emotional impact.

And there’s a collection of connected short stories, Kalpa Imperial, by the Argentine author Angelica Gorodischer, Any decent translator, I imagine, would have given us a good translation. It was the late
Ursula Le Guin, however, whose prose style was perfect for giving us as fine a work in English as it presumably was in the original Spanish.

Closing, we feel that a translator’s contribution to the success of a story merits recognition in the awarding of a Hugo.

Chris M. Barkley, Juli Marr, and Mark Richards have submitted an motion to create a new Hugo Awards category for Best Translated Novel. It will soon be listed on Dublin 2019’s New Business Agenda. (Update Barkley says this is the text they submitted, but some minor tweaks will be made to the language before it is posted online.)

Moved, to amend the WSFS Constitution for the purpose of creating a new Hugo Award category for Best Translated Novel, by inserting a new subsection after existing Section 3.3.4 and revising sections 3.2.5 and 3.2.6 as follows:

3.3.4: A science fiction or fantasy story of forty thousand (40,000) words or more that was translated and published into English for the first time within the previous calendar year. The Award will be given both to the writer(s) of the work and the credited translator(s) of the novel.

3.2.5: In the story categories (3.3.1-3.3.56 and 3.3.78), an author may withdraw a version of a work from consideration if the author feels that the version is not representative of what that author wrote.

3.2.6: The categories of Best Novel, Novella, Novelette, and Short Story, and Best Translation shall be open to works in which the text is the primary form of communication, regardless of the publication medium, including but not limited to physical print, audiobook, and ebook.

Provided that unless this amendment is re-ratified by the 2022 Business Meeting, this Section shall be repealed and; and

Provided further that the question of re-ratification shall automatically be placed on the agenda of the 2022 Business Meeting.

The title “World Science Fiction Convention” was a bit of a misnomer; it was about as accurate and plausible as baseball’s championship title “World Series” is today. It was named as such in honor of the World’s Fair exhibition being held nearby in Flushing Meadows-Corona Park.

We have no doubt that while many of the convention’s participants (and those who were excluded for political reasons) imagined science fiction and fantasy literature had a future, at the time the only thing they could be sure of at that time was that war was on the immediate horizon.

As the decades passed, sf and fantasy literature not only took hold in North American and England, it became a worldwide cultural phenomenon.

And as the Hugo Award grew in stature, so did its reputation outside the confines of the English speaking nations where it was born and nurtured.

Until recently, a majority of the nominated writers in the fiction categories have been dominated by English language authors. In 2015, Cixin Liu’ s The Three Body Problem (translated by Ken Liu) became the first novel translated from another language to win the Hugo Award.

We feel that it is high time that the World Science Fiction Society honor writers from around the world with one of literature’s highest honors.

Each year, US/UK/Australian publishers are giving us more SF in translation (SFT) to read from countries like France, Iraq, Argentina, Japan, Finland, Israel, and many others. In recent years, the number of translated speculative novels has risen to 60-70. After several decades of speculative fiction flowing mostly from the US and UK into other countries, the tide seems to be turning and people who grew up reading translations of Anglophone science fiction or fantasy have been inspired to become translators themselves. Plus, more presses and magazines are open to SFT, and we now have two online publications that actually specialize in international speculative fiction (Samovar Magazine and Future Science Fiction Digest).

The Hugo Award, like the annual Worldcons, are sponsored by the World Science Fiction Society, and it is this inclusion of the word “world” that is at issue when discussions of a “Best Translated Novel” come up. As Donald Wollheim once wrote, “We science fiction readers whose native language happens to be English-…tend to a curious sort of provincialism in our thinking regarding the boundaries of science fiction. We tend to think that all that is worth reading and all that is worth noticing is naturally written in English. In our conventions and our awards and our discussions we slip into the habit of referring to our favorites as the world’s best this and the “world’s best that.”

Shouldn’t the Hugo Awards recognize more than just those texts originally written in English? SFT is more popular than some people think, and if given the opportunity to recognize a non-Anglophone novel, SFT readers would probably jump at the chance. It’s time to shrug off our Anglocentric perspective, especially in relation to a genre that encourages us to look beyond our immediate environs and learn about those who are sometimes radically different from us.

Simply put, if the Best Novel Category is the equivalent of the Academy Award for Best Picture, the Best Translated novel can serve as our Best Foreign Film. If France, Spain, Israel, China, and other countries can successfully include a “Best Translated Novel” category in their SF awards, so can the US/UK-dominated Hugos.

As the noted philosopher and American football coach George Allen once sagely noted, “The Future is NOW.”

Mark Richards, who resigned as the Lunacon chair last December saying that circumstances did not allow him to present the kind of con he envisioned, is returning to conrunning as chair of HELIOsphere. The new convention will debut March 10-12, 2017 in Tarrytown, New York.

The Heliosphere is the bubble-like region of space dominated by our sun, extending way past Pluto…to where the solar wind gives way to interstellar space.

HELIOsphere is our bubble, our world within a world for a weekend. Where fans of science fiction and fantasy participate in a shared appreciation of all things other-worldly.

Our group is comprised of fans who have come together to reimagine fandom…and to host a convention in the greater New York area for a new generation. A convention that aims to be a diverse, imaginative and all-inclusive experience.

The con’s guest of honor will be Jacqueline Carey, author of Kushiel’s Dart and three trilogies set in the world created for that novel. She is also the author of The Sundering series, high fantasy considered from the “dark” side, as well as the dystopian novels Santa Olivia and Saints Astray, and the paranormal Agent of Hel series.

HELIOsphere 2017 will be at the DoubleTree in Tarrytown. 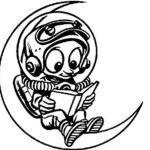