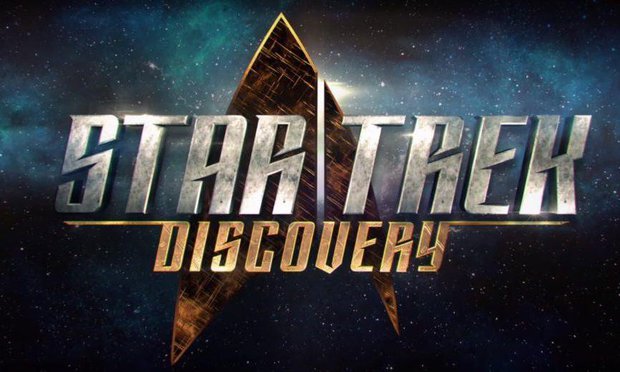 (1) STILL AT THE DOCK. Unless you subscribed to CBS All Access especially to see this show, it won’t be a crisis for you: “Star Trek Discovery delayed, no longer has a release date”.

Those looking forward to Star Trek Discovery’s promised streaming debut in May will have to wait even longer. According to the The Hollywood Reporter, the premiere has been pushed back right as production is due to start and CBS finishes casting and script rewrites.

“This is an ambitious project; we will be flexible on a launch date if it’s best for the show,” a CBS rep said in a statement. “We’ve said from the beginning it’s more important to do this right than to do it fast. There is also added flexibility presenting on CBS All Access, which isn’t beholden to seasonal premieres or launch windows.”

“This is an ambitious series.”

The 13-episode Discovery was originally slated to premiere this month on CBS, but was pushed back to allow the producers to better “achieve a vision” fans of the franchise would appreciate. Since then, however, the series has been dogged by a slow casting process, as well as the departure of former showrunner Bryan Fuller.

(2) WHO IS #2? A few weeks ago Theodora Goss told her Facebook readers that she was one of two Le Guin Feminist Science Fiction Fellowship recipients. I have now been able to learn the name of the second recipient from a contact at the Center for the Study of Women in Society at the University Oregon.

(3) POST-KINDERGARTEN GRADUATE STUDIES. Jason Sanford explains, “All I really need to know I learned from science fiction and fantasy stories”.

For example, from Arthur C. Clarke I learned that the ultimate destination of all humans is extinction. Even if some parts of humanity transcend reality, as in Clarke’s novel Childhood’s End, humanity as a species is destined to eventually disappear from this universe.

From Isaac Asimov I learned that even if our ultimate fate is to disappear, humanity can have an amazing ride while we exist.

From Ursula K. Le Guin I learned that culture shock can be both a way to awaken you to new intellectual horizons and to kill you….

(4) BLURB SEASON. Maya Kaathryn Bonhoff continues filking her way through the components of published fiction with “There’s a Bimbo on the Cover Verse 6: There’s a Blurb on the Cover” at Book View Café.

Blurbage (as I like to call it) is the collection of stuff one finds on the covers of one’s novel. If you publish with a mainstream house as the Café staff does, you are not always—dare I say almost never—in control of what goes on the cover. Blurbage (as I an using the term) is composed of several parts: …

(5) SOMETIMES THEY DO GET WEARY. Oliver Langmead tells his readers at Fantasy-Faction “Why I Don’t Like Dragons”.

As of recent years, I’ve found myself going through dragon fatigue. Much in the same way as zombies and vampires, it feels a little bit like we hit peak dragon a while ago (pun intended). This isn’t to say that dragons can’t be great. Sure they can. Just like zombies and vampires can be brilliant from time to time, when somebody finds a really refreshing angle on them, or when we’re talking about classic texts. Just that… in fantasy, the literature of the impossible, sometimes it can feel like writers are playing it a bit too safe.

(6) THE SOUND OF MUSING. Larry Correia has a great post about making choices that help stories succeed in more than one medium: “Ask Correia #17: Writing for the Ear, Tweaking Your Writing To Work Better in Audiobook Form” at Monster Hunter Nation.

Read your stuff out loud.

I don’t do this as much when I’m writing the first draft, but when I am editing, I will usually read everything aloud. Dialog that is unnatural, stilted, or weird is going to be obvious when you hear it, even if it looks okay when you see it.

If your family thinks you’ve gone insane, close the door or turn your radio up and get talking. Even if your writing isn’t going to get turned into an audiobook, this is still a valuable exercise to weed out stupid dialog or awkward descriptions. You don’t need to do voices, or be loud, just muttering it to yourself will usually reveal the awkward bits.

Keep in mind however, that in either format you do not want to write exactly like people talk. That’s because in real life most speakers use a lot of uhm… err… uh… pauses and brain farts.

If you write all those noises down that people make when they’re thinking of what to say, it becomes annoying for the reader. I try to use that stuff sparingly in fictional dialog, and when I do, I try to use it only when it is going to tell the reader something about that character. So if you’ve got somebody where it is important to convey their awkwardness, nervousness, or hesitancy, do it, but try not to overdo it. A realistic amount of ums and urrs will annoy readers and waste your listener’s time. Same with affections like ending every sentence with know what I’m saying? A little bit goes a long way. A good narrator is going to convey those character traits, and in written form you can convey that stuff through the story you tell around them.

Oh, and that one liner that sounded really super cool in your head? Reading it out loud will help you realize if it actually sucks.

(7) GAUTIER OBIT. His most notable role was a rock star, but he’s also known as a robot: “Dick Gautier, Who Played a Rock Star in ‘Bye Bye Birdie,’ Is Dead” reports the New York Times.

Dick Gautier, a comic actor best known for his Tony-nominated performance as a vain rock ’n’ roll star in the Broadway musical “Bye Bye Birdie” and his recurring role as a robot with a heart on the television show “Get Smart,” died on Friday in Arcadia, Calif. He was 85.

A spokesman, Harlan Boll, said the cause was pneumonia.

Mr. Gautier had the square-jawed good looks of a leading man. But he also had a wild sense of humor — he began his career as a stand-up comedian — and for more than 50 years he was primarily a scene-stealing supporting player on sitcoms.

(10) WINNIE-THE-POOH DAY. And by a stunning coincidence, this is also Winnie-the-Pooh Day.

One of the cuddliest holidays around has to be Winnie the Pooh Day, celebrated on the birthday of author A A Milne. It’s one special anniversary fans just can’t bear to miss! Every year, the occasion is marked with events such as teddy bears’ picnics, featuring plenty of honey on the menu.

The only remaining question is whether someone will be along in a few minutes to tell us that the author is foisting off unwonted xtianity on the public, like the last time I posted something from the calendar.

(11) HERE’S MUD IN YOUR EYE. Observer says “NASA’S Rover Discovered Some Mud Cracks That Could Be Really, Really Important”.  But can they be that important? Did anyone threaten to move to another country when this made the news?

In recent weeks, scientists used NASA’s Curiosity Mars rover to examine slabs of rock cross-hatched with shallow ridges. All signs lead them to believe they’re mud cracks, which makes them the first to be confirmed on the Red Planet by the Curiosity mission.

“Even from a distance, we could see a pattern of four- and five-sided polygons that don’t look like fractures we’ve seen previously with Curiosity,” said Curiosity science team member Nathan Stein in NASA’s announcement. “It looks like what you’d see beside the road where muddy ground has dried and cracked.”

If this interpretation holds up, it would be evidence that the ancient era (three billion years ago) when these sediments were deposited included wet conditions, followed by drying. High resolution images have pointed to the existence of deltas, gullies and river valleys on Mars, which is why scientists view it as one of the places in our solar system most likely to be/have been home to alien life. (There are three others, according to NASA director of planetary science James Green).

(12) FAKE NEWS. This virtual award may not exist, but it was hotly contested: “The Shippy Awards 2016 Winners”

SHIPPY! Why yes, that is a drawing of a trophy that does not exist. IT IS THE MOST COVETED MADE UP TROPHY IN THE UNIVERSE.

AND NOW, LET US ANNOUNCE THE WINNERS OF THIS GLORIOUS DRAWING OF A TROPHY THAT DOES NOT EXIST!

Feyre and Rhysand from A Court of Mist and Fury by Sarah J. Maas with 40.4% of the vote

Runners up: Kaz and Inej from Crooked Kingdom by Leigh Bardugo, with 22.2% of the vote

This was by far the most highly voted category, but as you can see, one ship rather ran away with the competition.

Runner up: Crooked Kingdom by Leigh Bardugo with 37.2% of the vote

And there are many more ship-themed categories.

One more note to begin with – though I participate with a lot of enjoyment in Hugo nomination and voting every year, I am philosophically convinced that there is no such thing as the “best” story – “best” piece of art, period….

The other obvious point to make is that the great bulk of these stories are those that I included in my yearly anthology. There are a few that didn’t make it, for reasons of length, contractual situation, balance, or even that I might have missed a story by the deadline for the book.

(14) PAGEVIEWS. Sarah A. Hoyt gives nine pieces of good advice about “How to Build a Web Presence” at Mad Genius Club.

6- Post EVERY DAY.  If, like me this last week, you have to go AWL, have guest posts.  You’ll still lose readers and some of them won’t come back, but it’s better than dead air.  (Trust me.)  I don’t know why post every day works, except through “be habit forming.”

7- Police your community.  I actually have had to ban very few people, but remember the “drunken uncle at the wedding.”  If a poster is just there to attack and is making other people uncomfortable, don’t be afraid to ban him.  He might not be doing anything wrong, but his right to express himself doesn’t trump your right to have your normal commenters enjoy themselves. Also, if the community gets in an unpleasant rut, nudge them.  My commenters once, while I was asleep, misunderstood something someone posted and attacked.  He got defensive and they ran him off the blog.  You don’t want that, particularly if it’s someone interesting.

People who say they’re not responsible for the tone of their comment sections are disingenuous or clueless.  You can police just enough, intervening to break up things just enough that you keep it from becoming a snake pit without neutering it.

[Thanks to Chip Hitchcock, JJ, and John King Tarpinian for some of these stories. Title credit goes to File 770 contributing editor of the day Kip W.]