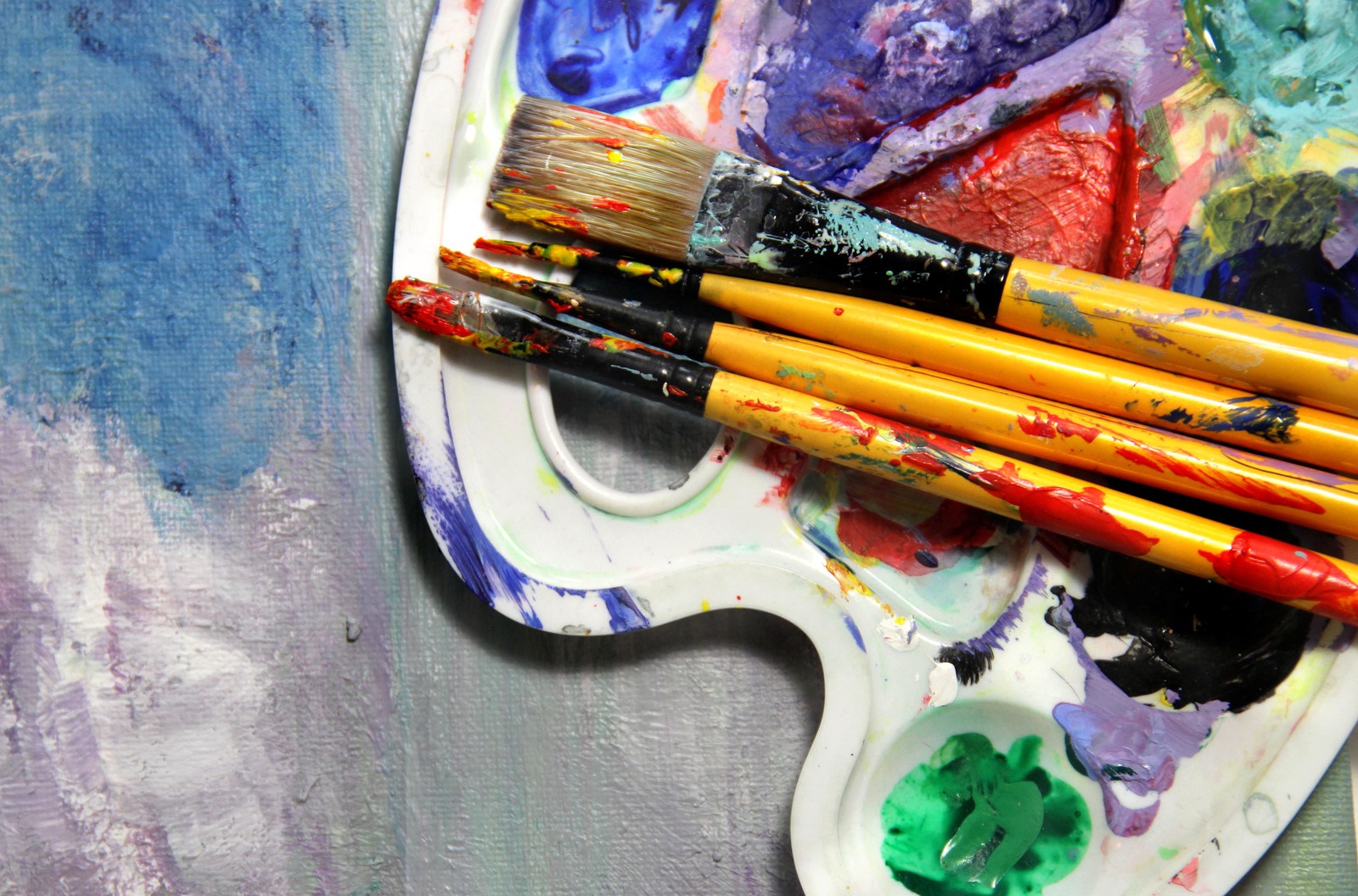 By JJ: To assist Hugo nominators, this post provides information on the artists and designers of more than 800 works which appeared in a professional publication in the field of science fiction or fantasy for the first time in 2020.

These credits have been accumulated over the course of the year from dust jackets, Acknowledgments sections and copyright pages in works, cover reveal blog posts, and other sources on the internet. This year, Filers Martin Pyne and Karen B. also collected this information, and though we had a lot of overlap, their extra entries have greatly increased the information we are able to provide you. My profound thanks go to Martin and Karen for all of their hard work.

You can see the full combined spreadsheet of Editor and Artist credits here (I will be continuing to update this as I get more information).

In this post I will display up to 8 images of artworks for each artist for whom I have identified 3 or more works which appeared in a professional publication in the field of science fiction or fantasy for the first time in 2020. Clicking on the thumbnail will open a full-screen version of each work; where I could find a version of the work without titles, that is the image which is linked.

Please note carefully the eligibility criteria according to the WSFS Constitution:

3.3.12: Best Professional Artist. An illustrator whose work has appeared in a professional publication in the field of science fiction or fantasy during the previous calendar year.

3.10.2: In the Best Professional Artist category, the acceptance should include citations of at least three (3) works first published in the eligible year.

Under the current rules, artwork for semiprozines and fanzines is not eligible in this category. You can check whether a publication is a prozine or a semiprozine in this directory (the semiprozine list is at the top of the page, and the prozine directory is at the bottom).

Please be sure to check the spreadsheet first; but then, if you are able to confirm credits missing 2020-original works and the names of their artists from Acknowledgments sections, copyright pages, or by contacting authors and/or artists, go ahead and add them in comments, and I will get them included in the spreadsheet, and if the artist is credited with at least 3 works, in this post. If you have questions or corrections, please add those also. Please note that works may or may not be added to the list at my discretion.

Artists, Authors, Editors and Publishers are welcome to post in comments here, or to send their lists to jjfile770 [at] gmail [dot] com.

(warning: this post is heavily image-intensive, and will probably not work well on mobile devices: flee now, or prepare to meet your doom extremely slow page download)

END_OF_DOCUMENT_TOKEN_TO_BE_REPLACED

aka The Hugo Chronicles: Puppies of Spring Barking

I would like to call for the following actions on the part of fans everywhere:

First, the crafting of a formal statement that articulates the position that Fandom and Fans (which includes authors, artists, editors, podcasters, bloggers, fan writers, fan artists and everyone) do not game awards (or other fannish institutions) for personal, political or financial gain.  Further, that individuals who may be eligible for awards state formally that they do not grant permission for third parties to include them or their works in voting campaigns or slates or organized voting blocs and that if their names or works are found on such, it is without their express permission.*

Second, the creation of a publicly accessible web-based archive that publishes the above statement and allows individuals to publicly endorse the statement.

Third, that an amendment to the WSFS by-laws be written and formally adopted (after the appropriate votes), stating that the members of WSFS do not endorse or support voting slates, voting campaigns or organized bloc voting for the awards that WSFS oversees.  Further, that rules be crafted that would allow WSFS to deny or withdraw membership privileges from individuals who violate the by-law.

Fourth, that SFWA craft and adopt a formal statement that engaging in actions the same as or similar to those described previously are considered by the organization to be unethical and unprofessional actions on the part of its members that could result (after proper internal review) in censure or withdrawal of membership privileges.

@MargaretsBelly @Will_Antonin I think the #SadPuppies are the best recent example of conservatives organising in a (moderately) lefty arena.

“How a hate-mongering group gamed the Hugos” – June 28

…What the Puppies (both sets) did was publish a “voting slate,” a curated list of titles that they urged their follows to put on the ballot. It worked, and how: out of the 60 nominated by the Sad Puppies, 51 were on the initial ballot. The corresponding figure was 58 out of 67 for the Rabid Puppies….

To top it all, Day has put himself on the slate: twice over, actually, which has made him a double nominee for this year. His publishing firm, Castalia House, has received nine Hugo nominations in total…

Cent One: The Sad and Rabid Puppy slates don’t work, and will eventually turn around and bite the people who created them.  By showing the effectiveness of recruiting voters, you make this into a contest of numbers, not quality.  And, considering demographics and mortality rates, I think the 21st century is going to beat the 20th in that fight.

Cent Two: Their reasoning isn’t going to win the Puppies a new generation of converts and so boost their numbers.  For example, one of the Puppy arguments I’ve run across is that Hugo-winners are preachy, the so-called SJWs (sidebar: I’m ashamed to say it took me forever to figure out who they were mad at, Single Jewish Women?  Slow Jesuit Wardens?).  But have the Puppies read Heinlein or Niven and Pournelle?  Their old-timey sic-fi adventures are infomercials for their politics, and not very subtle ones either.  By the time I was 18, I was yelling, “Shut up and tell the story!” at my last Heinlein books.  A second irritating point is the puppies claim the current Hugoists are too literary . . .for a literary award.  Yikes!

As a writer with no awards and never a hope for a Hugo, I can say this with the utmost objectivity: stop messing with the system just because the results offend you.  Create your own awards.  Or better yet, vote as an individual and leave slates for the world of politics.  I’m afraid I won’t change a single Puppy’s mind with this blog, because for them, the Hugo Awards are political.  It follows then that writing itself is political, and, by extension, all art.  If art is political, it must serve the politics of its maker.  Come to think of it, that’s what Chairman Mao said.  Maybe he was a secret Puppy.

@mari_ness Well, me for one.

@jeffvandermeer During QA I hope someone asks "Who do you like for the Hugo Awards this year?"

Catching up a little bit with some news: I’m honored that this piece I did for Tor and @irenegallo was given a Distinguished Merit Award from 3×3 Magazine along with 10 other pieces. Thank you to the judges! It’s special because this is one of my recent favorites.

I was reading Saga before the Hugo nomination for Volume 3. I love this series and the strange future-fantasy world the author has created. Volume 3 isn’t the best volume, but it’s hard for me to judge as a standalone as I’ve read the others.

The series follows two former soldiers from long-warring alien races and their struggle to care for their daughter, Hazel, as they’re chased by the authorities. Hazel is born at the beginning of Volume 1 and narrates part of the story as an adult.

Saga has lost narrative momentum as the series has progressed, but I’ve found it remains imaginative and  entertaining. I don’t think there’s one baseline human here. In Volume 1 artist Fiona Staples even solved one of my longstanding character niggles – how do you dress a person with more than two legs? (Answer: a prom skirt)

There are flying tree spaceships. There are Egyptian lying cats. There are family feuds, blood feuds, assassins, deaths, births, love affairs, lots of running away. The standard palate of all-purpose human conflict that has driven good storytelling from time eternal. Big thumbs up from me.

“The Shittiest Unrelated Drivel in the History of Hugo Awards — Michael Z. Williamson: Wisdom from My Internet” – June 27

Moreover, Wisdom from My Internet is hard evidence of the fact that there were at least 200 sheer, hundred-percent, honest-go-god trolls sending in nominating ballots. It’s a collection of supposedly humorous, bad to reprehensible tweets with no SFF content whatsoever and — let’s face it — it’s on the ballot to piss off anybody who voted for Kameron Hurley last year.

The time I had to use to write these three sentences is all I’m going to devote to discussing this drivel.