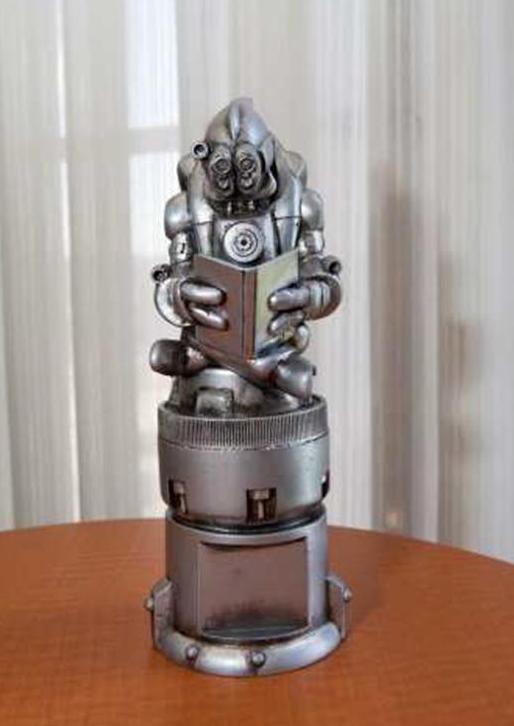 The Detcon1 Awards for Young Adult and Middle Grade Speculative fiction were presented July 20 at the NASFiC in Detroit.

The winners were chosen by popular vote of the members.

Members of the 2014 NASFiC are eligible to vote for the Detcon1 Awards for Young Adult and Middle Grade Speculative Fiction. Voting closes June 22 at 11:59 p.m. CDT.

Details are available on the Detcon1 website. The nominees are:

Nominees for the Detcon1 Award for YA and Middle Grade Speculative Fiction have been announced:

Online voting is open to Detcon1 members here. A paper ballot will be available in the forthcoming Progress Report #2. Votes must be received by 11:59 pm CDT on June 22, 2014.

The press release follows the jump.

END_OF_DOCUMENT_TOKEN_TO_BE_REPLACED

Detcon1, the 2014 NASFiC, host of the presentation of this year’s Golden Duck Awards, a juried award for children’s and young adult science fiction, has created two member’s choice awards to accompany them called the Detcon1 Awards for Young Adult and Middle Grade Speculative Fiction.

Nominations for the members’ choice awards are now being taken. Eligible are any book-length young adult or children’s science fiction or fantasy books first published in calendar year 2013. Works published in a language other than English are also eligible if their first year of publication in English was 2013.

Anyone may nominate. Just one nomination form will be accepted per person. A nomination form with full instructions is available at http://www.detcon1.org/award/. Nominations can be made using a printed ballot, or electronically after creating a user account at detcon1.org. All nominations are due by February 28.

The finalists in each category will be announced in early April. The winners will be selected by a vote of members of Detcon1. Voting information will be sent to Detcon1 members directly. Memberships can be purchased at http://detcon1.org/involved/registration/

All the awards will be given at a joint ceremony.

Detcon1 chairperson Tammy Coxen says, “We created these awards to recognize the growing interest in and demand for young adult speculative fiction. Capturing young readers is crucial to the long-term outlook of the science fiction and fantasy field as a whole.”

Helen Gbala and Doug Drummond of Super-Con-Duck-Tivity and the Golden Duck Awards for Excellence in Children’s Science Fiction say “We are always happy to cooperate with all groups that promote children’s literacy and literature.”

Super-Con-Duck-Tivity has been presenting the Golden Duck Awards since 1992 to recognize excellence in the field of Children’s Science Fiction. More information can be found at http://www.goldenduck.org/.

Funding for the Detcon1 Awards and related Young Adult programming was provided by Chicon 7, the 2012 World Science Fiction Convention.