Holding a small, neatly-wrapped present for a festive twist, this soldier of the Galactic Empire is wearing his all-white uniform and armor. 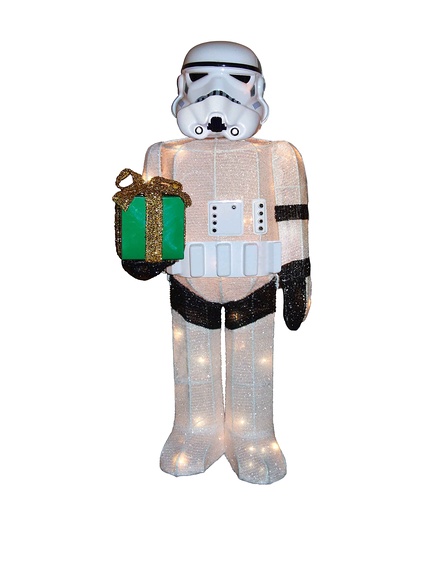 If Sonic is the first name that pops into your head when hearing the word “hedgehog,” British naturalist Sir David Attenborough wants to change your perceptions about the prickly creature.

A recent survey of 2,000 British adults revealed that because the “average Briton takes only 16 walks in the countryside each year, dramatically limiting their exposure to wildlife, a quarter of Britons say they have never seen a wild hedgehog, rabbit or fox, while 26 per cent claim never to have spotted a grey squirrel or frog, and 36 per cent say wild deer have eluded them,” according to the Daily Mail.

In terms of sheer numbers, collectible softcovers are vastly outnumbered by collectible hardcovers. However, many paperbacks – books with soft, not rigid, paper-based covers – sell for high prices. The reasons vary – authors self-publish, publishers lack the necessary budget or the desire to invest in a particular author (think of poets particularly) or simply softcover is the format of choice for the genre….

Published in German, Kafka’s Metamorphosis is the king of the collectible softcovers. Its famous front cover, designed by Ottomar Starke, shows a man recoiling in horror. Probably no more than a thousand copies of this novella were printed. It wasn’t printed in English until 1937. Today, this story of a salesman transformed into an insect is studied around the world. 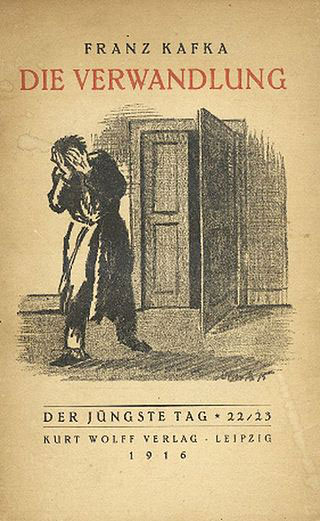 (4) Ethan Mills is observing Stoic Week at Examined Worlds. The second post in his series considers the Meditations of Marcus Aurelius.

Tuesday: What is in Our Control and the Reserve Clause Tuesday’s morning text is one of my favorite parts of the Meditations from Marcus Aurelius, one that has helped me get out of bed on more than one occasion!

Early in the morning, when you are finding it hard to wake up, hold this thought in your mind: ‘I am getting up to do the work of a human being. Do I still resent it, if I am going out to do what I was born for and for which I was brought into the world? Or was I framed for this, to lie under the bedclothes and keep myself warm?’ ‘But this is more pleasant’. So were you born for pleasure: in general were you born for feeling or for affection? Don’t you see the plants, the little sparrows, the ants, the spiders, the bees doing their own work, and playing their part in making up an ordered world. And then are you unwilling to do the work of a human being? Won’t you run to do what is in line with your nature?

Thinking about this through a science fiction lens invites questions about the work of a human being.  What are we like as a species?  Marcus compares humans with other terrestrial animals, but science fiction might extend the comparison to extraterrestrials as well.

Is it our nature, as Star Trek tells us, to “seek out new life and new civilizations”?  Is this what gets us out of bed in the morning?  Consider the theme of exploration in the recent book/movie, The Martian.  Is it inevitable that we long to leave our terrestrial bed?  Is our species at the beginning of a dawn of space exploration?  Or should we be wary of over-indulging this exploration drive, as Kim Stanley Robinson’s amazing novel, Aurora, seems to imply?

(5) This video has been reported in a comment on File 770, however, I may not have linked it in a Scroll.

(7) This is billed as a Dalek relaxation tape by Devour.com.

(8) Lawrence Railey is skeptical about “The rise of the Self-Insertion fic” at According To Hoyt.

Diversity isn’t the goal. At best, it’s a side-effect. Good story-telling is the only purpose, and the Puppies believe that nothing should get in the way of that.

Books do not have to be self-insertion fics, and they do not need to push a socio-political agenda.

The fact that the Puppy Kickers don’t know any better is disappointing to say the least.

How things have changed.  Now you’re as likely to get a giant email dump with a PDF in it and a frantic note from someone in the editorial food chain: “I know this is short notice, but we need you to go through these changes by Friday morning!”

Every author I know has gone through this. Demands that manuscripts be rewritten within two days, or over Christmas, or when the author is on vacation. There’s an idea out there that because email allows instant delivery, instant writing must follow.

Just say no. Politely and firmly.

(10) An appreciation of the late French sf author Yan Ayerdhal by Jean-Daniel Breque at Europa SF.

Born Marc Soulier on January 26, 1959, in Lyons, he thrived on SF from an early age, since his father, Jacky Soulier, was a big-time fan and collector—he co-authored a few children and young adult SF books in the 1980s. Ayerdhal worked in several trades before becoming a full-time writer: he was a ski instructor, a professional soccer player, a teacher, he worked in marketing for L’Oréal, and so on….

Most notable among his novels are Demain, une oasis (“Tomorrow, an Oasis”, 1991), L’Histrion (“The Minstrel”, 1993), Parleur ou les Chroniques d’un rêve enclavé (“Speaker, or Chronicles of an Enclosed Dream”, 1997), Étoiles mourantes (“Dying Stars”, in collaboration with Jean-Claude Dunyach, 1999), and Transparences (“Transparencies”, 2004). Most of them were illustrated by Gilles Francescano. He was the recipient of several SF awards: the Tour Eiffel award, the Rosny aîné award (three times), the Grand Prix de l’Imaginaire (twice) and many more. He had one story published in Interzone, “Flickerings” (May 2001 issue, original title: “Scintillements”, 1998, translated by Sheryl Curtis).

(11) Jesse at Speculiction rejects 100 Year Starship and its new award, in “Awards Like Stars In The Sky: The Canopus”.

What’s interesting to see on the Canopus award slate is Kim Stanley Robinson’s Aurora, a cautionary tale that seems to draw focus away from space and back to Earth, and not Neal Stephenson’s Seveneves, a masturbatory exercise in space gadgetry if ever there were. One would have almost expected Stephenson’s novel to be a shoo-in given the novel’s theme, but I’m not the award’s organizer.

Looking through the Science Fiction Awards Database, a person finds many a defunct award. The group were able to hold the ship together for a few years, sometimes even a decade or more, before the strings let loose (probably the purse strings) and the award slipped into the night of genre awareness (that vast space comprising the majority of material older than ten years).  I’m not pronouncing the Canopus’ doom, but with so many crises at hand on Earth, I think I’m in Aurora’s boat, not Seveneves. Shouldn’t we be solving Earth’s problems before tackling the riddle of space????

(12) A patent has been granted for a space elevator.

Canada-based Thoth Technology was recently granted U.S. and U.K. patents for a space elevator reaching 12.5 miles into the sky. The ThothX Tower is a proposed freestanding piece of futuristic, pneumatically pressurized architecture, designed to propel astronauts into the stratosphere. Then they can then be launched into space. The tower would also likely be used to generate wind energy, host communications technology and will be open to space tourists.

(13) And in the biological sciences the news is –

Never too late to be who you are: Britain's oldest tree appears to be undergoing a sex change after 3,000 years – https://t.co/KOcVJ1ZVhW

(14) Never bet against Einstein when general relativity is on the line!

(15) Though not a genre film, Christmas Eve has Patrick Stewart in it.

[Thanks to rcade, Daniel Dern, and John King Tarpinian for some of these stories. Title credit goes to File 770 contributing editor of the day Brian Z.]