(1) COVID-19 VACCINATION. First responder and noted fanzine fan Curt Phillips posted a photo on Facebook of him receiving the injection —

First Covid 19 vaccination accomplished this morning. Fast, simple, easy. No adverse reactions at all. *Everybody* should get one!

Soon as we can, Curt! He’s followed up in the intervening hours with a couple of posts to say there were no complications and there was no more arm soreness than there is with his annual flu shot.

(2) IN OVERTIME. “An earlier universe existed before the Big Bang, and can still be observed today, says Nobel winner”, quoted in Yahoo! News.

…The timescale for the complete evaporation of a black hole is huge, possibly longer than the age of our current universe, making them impossible to detect.

However, Sir Roger believes that ‘dead’ black holes from earlier universes or ‘aeons’ are observable now. If true, it would prove Hawking’s theories were correct.

Sir Roger shared the World Prize in physics with Prof Hawking in 1988 for their work on black holes.

Speaking from his home in Oxford, Sir Roger said: “I claim that there is observation of Hawking radiation.

“The Big Bang was not the beginning. There was something before the Big Bang and that something is what we will have in our future.

“We have a universe that expands and expands, and all mass decays away, and in this crazy theory of mine, that remote future becomes the Big Bang of another aeon.

“So our Big Bang began with something which was the remote future of a previous aeon and there would have been similar black holes evaporating away, via Hawking evaporation, and they would produce these points in the sky, that I call Hawking Points.

“We are seeing them. These points are about eight times the diameter of the Moon and are slightly warmed up regions. There is pretty good evidence for at least six of these points.”

(3) MULTIPLE CHOICES. The Guardian’s “Can you crack it? The bumper books quiz of 2020” includes a question about Iain Banks which I missed, so to heck with it anyway. (It’s a wide-ranging quiz. There are several more sff-themed entries. I missed almost every one of them, too, so double to heck with it.)

What day job did the Booker winner have while writing his novel? Who was rejected by Mills & Boon before becoming a bestselling author? Test your wits with questions from Bernardine Evaristo, Jonathan Coe, David Nicholls and more

(4) FAN SERVICE. [Item by Martin Morse Wooster.] This is from Isaac Asimov’s In Memory Yet Green.

In The Early Asimov, I included “Big Game” among the list of those stories of mine that disappeared.  Not so.  I had it all these years and, without knowing it, had included the manuscript with papers of mine that I had donated to the Boston University library.  A young science-fiction enthusiast, Matthew Bruce Tepper, who had prepared an accurate and exhaustive bibliography of my science fiction, went through my papers at BU, uncovered the manuscript, and sent me a Xerox copy.  I had the story published in Before The Golden Age (Doubleday, 1974).

(5) IN MEMORY YET BROWN. Scott Edelman asks for help in tracing the history of this DC in 1974 Worldcon bid promotional shopping bag.

I found this among my late sister-in-law Ellen Vartanoff’s collection of science fictional memorabilia — an item I’d never seen before, promoting both Disclave and the 1974 D.C. Worldcon. You, who know all and see all, surely know when and where this might have been handed out — right?

And if not you, perhaps one of your readers.

(6) SOUNDS HAPPY. In “Christopher Eccleston opens up on returning to Doctor Who”, Radio Times interviews the actor about his audio roles for Big Finish.

…Eccleston went on to praise the scripts, which he described as “beautiful” – adding that the care and knowledge that had gone into them had played a huge part in easing him back into the role after such a long time away.

“That’s what made it feel seamless,” he said. “I felt that you [Briggs] understood what he was all those years ago – and so it was like putting on a pair of old shoes. Running shoes!

“Doing the scripts, you do get the sense of somebody who’s completely immersed in the lore of the show. I think what I realised, with all my writers, when I did the 13 episodes – and with this – is basically you’re playing the writer.

David Geiser, an artist whose career ranged from the underground comics he created in San Francisco in the late 1960s and 1970s to heavily textured mixed-media works he focused on after moving to New York in 1979, died unexpectedly of heart disease in his sleep at home in Springs on Oct. 14. He was 73.

A prolific artist, his work from the underground comics early in his career to recent drawings such as “Snail Ridin’ the Mouse” and “Dog Boy (a Young Cynic)” reflect his not only his wit and the eccentricity of his vision but also his remarkable draftsmanship….

“David left behind scores of underground comics from his early years in San Francisco, and hundreds of drawings and paintings,” as well as sculptures ranging in size from five inches square to 10 feet by 10 feet, according to Mercedes Ruehl, his partner since 1999. “In his spare time he was an avid reader of contemporary fiction from a wide array of cultures and nationalities,” she added….

(11) SEASON’S READINGS. Silvia Moreno-Garcia and Lavie Tidhar suggest “The perfect science fiction, fantasy and genre-bending tales for the chilly days ahead” in their column for the Washington Post.

.. Lavie: Let me throw the first snowball here: I’m going with Tove Jannson’s “Moominland Midwinter” (translated from the Swedish by Thomas Warburton), one of the true greats and my favorite moomin book. Moomintroll wakes up alone from hibernation to find the world transformed, and everyone he knows is gone or sleeping (apart from Little My, who’ll never miss the fun). If you don’t cry over “The Squirrel With the Marvelous Tail,” you’re a monster. I reread it a few weeks ago and it’s just as wonderful as ever.

(12) NIVEN’S GENESIS. Fanac.org adds constantly to its online fannish collection. Among the latest gems are the programs from the series of LASFS Fanquets the club used to hold to honor members’ first pro sales. Larry Niven is now a Grand Master, but once upon his time he made his first sale to If. Read about his early career and what Fred Pohl liked about his work in Fanquet 13 edited by Bruce Pelz.

(13) ANOTHER ONE OF THE GREATS. Also deserving of praise is Fanac.org’s success in filling out its online collection of John Bangsund’s zines Australian Science Fiction Review and Scythrop.

Australian Science Fiction Review was nominated for Best Fanzine in 1967 and 1968. In 1968 (in the first year the Ditmars were presented), it won the award for best Australian fanzine. We now have a complete run under that name. The zine changed its name to Scythrop in 1969, and we added 5 issues of Scythrop: #21-24 and #28. We just lost John Bangsund to Covid-19 this year.

I take for granted that for the imaginative writer, the exercise of the imagination is part of the basic process of coping with reality, just as actors need to act all the time to make up for some deficiency in their sense of themselves. Years ago, sitting at the café outside the American Express building in Athens, I watched the British actor Michael Redgrave (father of Vanessa) cross the street in the lunchtime crowd, buy Time at a magazine kiosk, indulge in brief banter with the owner, sit down, order a drink, then get up and walk away—every moment of which, every gesture, was clearly acted, that is, stressed and exaggerated in a self-conscious way, although he obviously thought that no one was aware who he was, and he didn’t think that anyone was watching him. I take it that the same process works for the writer, except that the writer is assigning himself his own roles. I have a sense of certain gathering obsessions and roles, certain corners of the field where the next stage of the hunt will be carried on. I know that if I don’t write, say on holiday, I begin to feel unsettled and uneasy, as I gather people do who are not allowed to dream.

(15) GAMING CASUALTY. The curse of 2020 continues.Mashable reports “’Cyberpunk 2077′ has been removed from the PlayStation Store, and Sony is offering refunds”.

Cyberpunk 2077‘s launch has been the kind of disaster we now expect from 2020. Released on Dec. 10, the ridiculously hyped roleplaying game was swiftly and widely derided for having more bugs than the Montreal Insectarium, with flying cars and glitchy penises dominating the discourse. Now, Sony Interactive Entertainment has announced that not only will it offer refunds to anyone who bought the game from its PlayStation Store, it will also stop selling Cyberpunk 2077 altogether…. 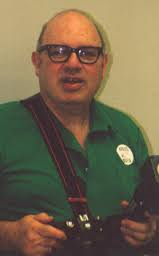 Harlan Ellison will take questions about A Boy And His Dog after the screening at the Egyptian Theatre on April 19. Josh Olson will serve as moderator. The event begins at 7:30 p.m. Tickets are $11.

The first time I saw A Boy And His Dog was when Ellison and director L.Q. Jones showed a rough cut at Discon II, the 1974 Worldcon. Next year the finished movie was played for members of the 1975 NASFiC in Los Angeles (where Ellison was GoH.) Both conventions rented two 35 mm projectors so the film could be shown without interruption — but both times one of the projectors crapped out and the audience was forced to wait for reel changes anyway. How do I know? Lucky me — I sat through both showings!

Presumably that won’t happen at the Egyptian on April 19 — if only because I won’t be there to jinx things. (I have to speak somewhere that night.)