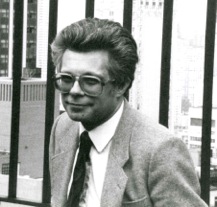 By Andrew Porter: Don D’Ammassa, who reviewed thousands of titles for Science Fiction Chronicle and still reviews books on his Critical Mass website, has launched Managansett Press, to release his own titles. He writes:

The first three titles, available thru Amazon, are The sinking Island, a lost world novel; The Kaleidoscope, a dark fantasy; and That Way Madness Lies, a collection of horror stories. In the near future I will be adding Caverns of Chaos, a Lovecraftian horror novel, two more collections of short horror, Little Evils and Passing Death, a collection of fantasy shorts, Elaborate Lies, and a nonfiction book about John Dickson Carr. I also plan to reprint three of my SF novels and two mystery novels, previously published by Five Star Books.

Don D’Ammassa’s vast knowledge of genre fiction has been tapped for a third literary encyclopedia in a series from Facts on File. His Encyclopedia of Adventure Fiction actually appeared last December, but it’s news to me. As the publisher says:

The new A-to-Z Encyclopedia of Adventure Fiction covers the very best of adventure fiction, from literary classics such as Charles Dickens’s A Tale of Two Cities and Joseph Conrad’s The Secret Agent to tales that have enthralled younger readers for many years, such as Treasure Island and The Wizard of Oz, to the finest of today’s adventure stories.

Andrew Porter, beaming with pride, points out that Don’s “Critical Mass” review website continues the work once done by his column in Science Fiction Chronicle.

Following up, I’ve learned that Elliot Shorter is doing much worse than in the last report.

Don D’Ammassa writes: “Okay, here’s as much as I can find out. The hospital won’t tell non-family members anything and there are apparently no family members able or willing to get involved.

“El is in the ICU at the . He has not been conscious for almost two weeks now and is on a ventilator. From what the doctors and nurses won’t say, it seems unlikely that he will regain consciousness.”