Science author, long-time fan, and creator of Confusion, Ro Nagey, will soon be reliant on a wheelchair to get around and has started a GoFundMe appeal for help to move into an assisted-living facility and attend one last Worldcon.

I am almost at the point of needing a wheelchair to get around. I can barely walk 30 feet and that’s almost always with a three-wheeled Zimmerman frame. I am also bound by debt. I am not just broke but deeply in debt. I’ve been trying to act as if I was ‘normal’ – both in physical and financial health – but I’m not.

For those of you who saw me at LonCon, I am now someone much weaker. I hate how bad off I’ve become physically.

Recently, I’ve been offered the chance to live in an assisted-living facility. I don’t want to admit it but it’s time for me to move there. And I need your help. I need to get out of debt and also afford the movers so I can live there.

However, I also want to go to Kansas City, MO this August to participate in the 74th Science Fiction Worldcon, MidAmeriCon II. It’s perfect symmetry as I did my very first WorldCon panel at MidAmeriCon I, exactly 40 years ago, where I interviewed John Brunner.

Learn more about Ro Nagey in her bio at Amazing Stories. 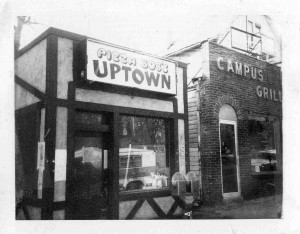