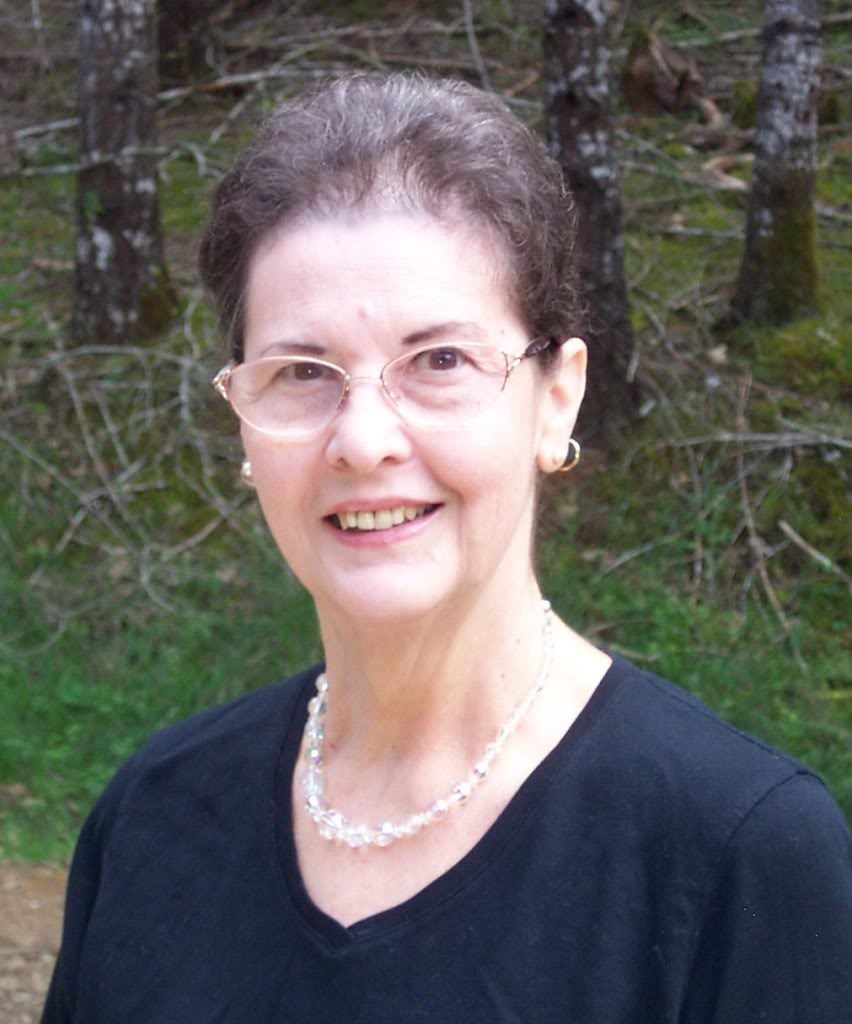 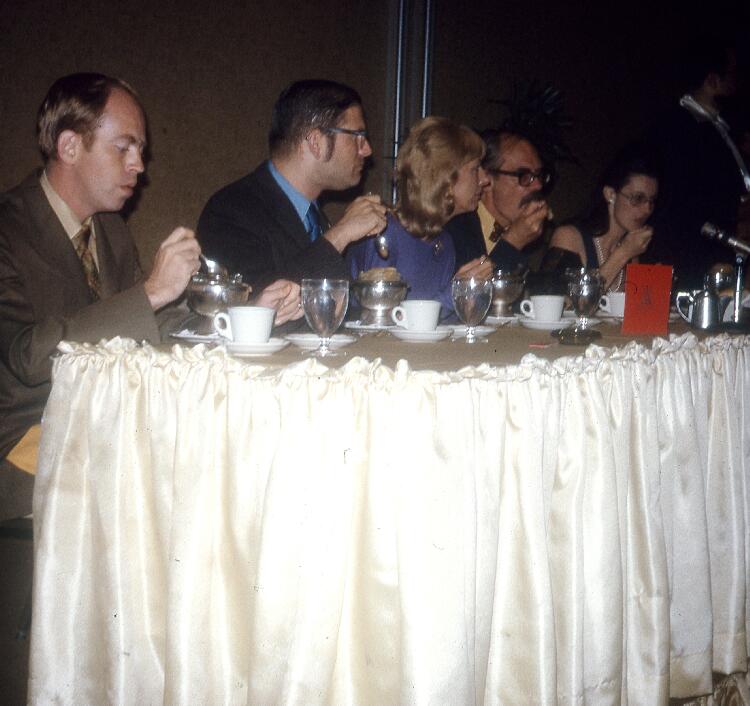 The row about Ackerman’s 1953 Hugo made two related posts early favorites to head this month’s list. Then Jerry Pournelle encouraged Chaos Manor readers to view John King Tarpinian’s photos of Niven and Pournelle signing Escape From Hell. That blew the doors off this site, far exceeding the previous record for hits received by a post here.

When Chuck Crayne passed away suddenly and unexpectedly, I wrote a notice that traced the significant role he played in the history of sf conrunning. Chaos Manor linked to that as well – Jerry spent many pleasant hours playing LASFS Poker with Chuck in years gone by. The Crayne obituary was also named the SFWA News site of the week, for which I thank Keith Stokes.

And I appreciated John Scalzi mentioning me on Whatever, with a link to File 770. In the course of explaining that he hadn’t nominated himself for the Best Fan Writer Hugo, John generously listed a dozen or so people he thought were doing good fanwriting right now.

So when I say these were the most-viewed posts in February 2009 according to Google Analytics, “most” barely begins to convey what’s been going on here.

Craig Miller perceptively noticed that I posted the wrong stat for defeated LA Worldcon bids in my article about Reno and Seattle in 2011. Somehow I had LA hosting a measly two Worldcons instead of a robust four during the past 50 years.

I was trying to highlight the lost bids and wanted to reach back to Mordor in ’64 without being required to count the successful bid for the “South Gate in ’58” Worldcon. This being 2009, I could get away with using the nice round number of 50 years. What I could not get away with was counting less than four LA Worldcons.

To the outside world it seemed like one darned LA bid after another. Fans said as much. I remember Milt Stevens in the Seventies blandly answering this complaint saying, “Well, we always field a team.”

The Bay Area beat LA in 1964 and again in 1968 – the second time despite LA bidders simultaneously running a fan fund to bring Takumi Shibano to the Worldcon. Only the fan fund succeeded, consequently Shibano-san attended the BayCon.

By winning the rights to L.A.Con in 1972 Chuck Crayne and Bruce Pelz changed the town’s luck. However, that was the last of their teamwork. There followed the bizarre spectacle of Chuck Crayne running an LA bid against Australia for 1975, while Bruce Pelz chaired an LA bid solely for the 1975 NASFiC. My earliest hornbook in practical fanpolitics was witnessing Crayne capitalize on his lost Worldcon bid to defeat Pelz’ bid for the NASFiC. (And after I carried all those cases of beer to Bruce’s party!)

Bruce and company lost their next Worldcon bid for 1978 to Phoenix with some unintended help from young LA fans (myself included) who successfully bid for the 1978 Westercon.

The Crayne and Pelz rivalry surfaced one last time in the 1981 race, in a manner of speaking. Chuck led a Worldcon bid for LA. Lois Newman, a LASFSian who had moved to Colorado, initiated a Denver bid which enjoyed the distant support of active LASFS members including Bruce. Lois was no longer involved by the time the site selection vote took place and Denver fandom secured the win over Crayne’s bid.

LA fans absorbed a lot of lessons from the school of hard knocks and successfully campaigned for the right to hold L.A.con II in 1984. Yet a lesson or two must have been immediately forgotten: some napkins appeared at L.A.con II’s dead dog party printed with an apparent announcement of an immediate new bid for 1990 (under the rules, LA’s earliest opportunity to host another Worldcon). That bid lurched along to its inevitable defeat three years later. Sometimes LA can be accused of displaying a Kzin-like eagerness to start the battle long before we’re ready to win.

And it being us, within two years we had removed the two-by-four planted between our mulish eyes and started running for another LA Worldcon – though showing some slight wisdom by aiming for 1996 despite 1993 being the next Western Zone year. (It would be contested by San Francisco, Phoenix and Hawaii, eliminating the winner and exhausting the losers). So in due course there was an L.A.con III in 1996, and with patience, an L.A.con IV in 2006.

Thus the scoreboard reads four wins and six losses over a 50 year span.