(1) FREE READ FROM FUTURE TENSE. “The Suicide of Our Troubles” by Karl Schroeder, is part of Future Tense Fiction, a monthly series of short stories from Future Tense and Arizona State University’s Center for Science and the Imagination about how technology and science will change our lives.

Nadine Bach noticed a package of ham waving at her from inside the grocery store. November was one of those months when the choice was between paying rent and buying food, and she hadn’t planned to stop by during her daily walk—but this ham was proclaiming that it was free.

Having prospective meals wave at her was hardly unexpected—Mixed Reality was finally maturing past the flying-whale stage of visual grab-assery, and was settling into the predictable role of being yet another advertising medium….

Journalist Anna V. Smith has written a response essay: “When Nature Speaks for Itself”.

In more than 100 countries, citizens have clear constitutional rights to a healthy environment. The United States is not one of them. Nevertheless, for the past few decades or more, people have argued through the courts that the U.S. has an obligation to provide a healthy environment, including addressing climate change, as the Juliana v. United States youth lawsuit has insisted. But simultaneously, an emerging movement is focusing on the rights of nature itself: to grant personhood status to lakes, rivers, and plant species so they might have legal standing in court to defend their rights to exist and persist. If laws are an assertion of a nation’s values, what does it say that the U.S. grants personhood to corporations, but not nature?…

(2) ALL THESE WORLDS ARE YOURS EXCEPT UTAH. Salt Lake City’s Fox13 reports “Monolith removed from southern Utah desert by ‘unknown party’”. You see, this is how primates really operate. That’s why 2010 is in the rearview mirror and we’re nowhere near Europa.

The now-famous “monolith” structure that was discovered last week by a Utah Department of Public Safety helicopter crew during a count of bighorn sheep in southeastern Utah has been removed — but not by government officials.

Riccardo Marino posted on Instagram that he and Sierra Van Meter went to the spot, located south of Moab and just east of Canyonlands National Park, late Friday night to get some photos. But when they arrived, it was no longer there.

Marino said they saw a pickup truck with a large object in its bed driving in the opposite direction shortly before they got there.

Marino and Van Meter also saw that someone had written “Bye B****!” and appeared to have urinated at the spot where the piece, believed by most to be abstract art, formerly stood.

(3) NEW ZOOM INTO FAN HISTORY. Joe Siclari of FANAC.org invites you to “Get ready for a trip to fannish London!”

We are planning a series of  Zoom Interactive Fan History Sessions, and for our first session, Rob Hansen is going to give us an historic tour of fannish Holborn, London. Rob is probably the most accomplished fan historian writing these days. As most of you know,  he has written the history of English fandom, Then and has put together a number of books covering various aspects of British fandom. Find many of them at https://taff.org.uk/ebooks.php. Reserve the date: Saturday, December 19, 2020 at 11AM EDT.

Despite the pandemic, Rob has done video recordings around London, and with historic photos and live description will give us a tour that covers some household fannish names and places. He has worked with Edie over the past several months to provide an interesting and fairly detailed coverage of London’s fan heritage. This one hour session is based on tours which Rob has given to individual fans and also developed as a group tour after the last London Worldcon. Even if you have been on one of these tours, you will find some fresh sights and insights. Of course, Rob will be live on Zoom with additional material and to answer questions.  Please send your RSVP to [email protected], as our Zoom service is limited to 100 participants.

(4) ALMA AWARD. The nominees for the Astrid Lindgren Memorial Award 2021 were released in October, 263 candidates from 69 countries.

Worth 5 million Swedish kronor, the world’s largest cash prize for children’s literature is given to authors, illustrators, oral storytellers and reading promoters for work “of the highest artistic quality” featuring the “humanistic values” of the late Pippi Longstocking author, for whom the award is named. Lindgren died in 2002 at the age of 94.

(5) PROWSE OBIT. Actor Dave Prowse, the original Darth Vader, has died aged 85 reports The Guardian. He was a 6’6″ weightlifter who’d made a name for himself in England as The Green Cross man, a traffic safety figure in PSAs before being invited by George Lucas to audition for the roles of Vader and Chewbacca. He chose Vader and when asked why, replied: “Everyone remembers the villain.”

…Cynan Jones’s climate-crisis novel “Stillicide,” which was originally written as a BBC Radio series, arrives just as the bar has been raised for world-building. We want speculative fiction to unfold against a complex background, without getting bogged down in incidental facts that an average person would take for granted. Yet noticing the uncanny details of our lives is all we seem to do lately, and few authors can compete with the strangeness of the real world.

Over the course of several excellent short novels, Jones, who lives in Wales, has figured out a formula that seems to rise to the challenge. His favorite strategy is to build a story around a single clearly defined thread — in his devastating debut, “The Long Dry,” it’s a lost cow — that provides a structure for a series of intensely observed vignettes. This frees him to move between time frames and perspectives, and he often focuses on people on the margins.

In “Stillicide,” the through-line is an iceberg headed for London. The novel opens many years after Britain has entered an extended drought, and enough time has passed for one phase of responses to yield to the next. After becoming a target for terrorists, a pipeline to the city has been replaced by a train that carries millions of gallons of water from a distant reservoir, equipped with automatic guns to mow down any moving object near the tracks. Another plan involves towing a giant iceberg to the dry Thames, which will displace entire neighborhoods….

(9) DUE NORTH. Sean D.’s “Microreview [Book]: Sweet Harmony by Claire North” at Nerds of a Feather covers a new novel by a celebrated author.

…Sweet Harmony follows Harmony, a young woman living in a world in which nanotechnology (nanos) can not only improve your health, but your libido, mentality, and physicality. Harmony’s surrounded by people obsessed with superficiality, and the more she is deemed unworthy by them, the more insecure she becomes. She becomes beholden to nanos, with almost all of her expenditures dedicated to keeping her esteemed beauty. But that obsession comes with a price.

This novella tackles domestic abuse, unattainable beauty standards, familial conflict, selfishness warring with selflessness, and vocational biases. Not one of those themes is undercooked or scattered. The secret is that Claire North uses the nanotechnology as an underpinning to all these themes. The story spotlights Harmony’s experience and growing dependency on the nanos and touches all the themes along the way, never losing focus because as it moves from idea to idea, it’s always grounded in a center.

(10) VIDEO OF THE DAY. In “Posten–Santa” on Vimeo, Santa’s feeling pretty grumpy because the icebergs at the North Pole are melting and the Norwegian Postal Service is improving its deliveries! 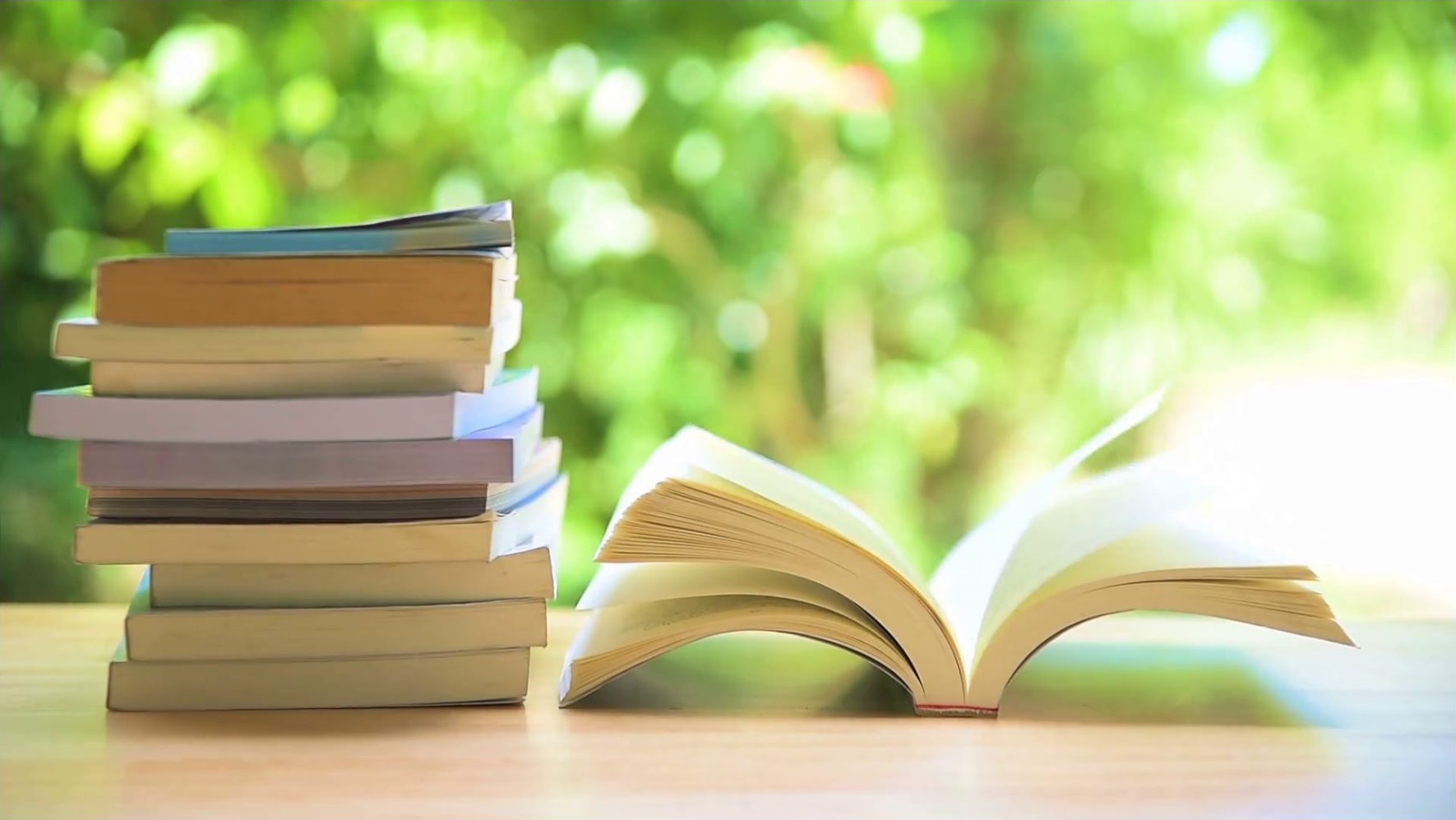 END_OF_DOCUMENT_TOKEN_TO_BE_REPLACED

Understandably, Steve Feldberg of Audible.com is “ecstatically pleased” about the Best Dramatic Presentation (Long Form) Hugo nomination for his company’s audiobook METAtropolis. It’s the first audiobook ever nominated, ending the decades-long shutout of audio works in general from the Hugos.

Several record albums received nominations in the Seventies: two in 1971, Don’t Crush That Dwarf, Hand Me the Pliers by The Firesign Theater, and Blows Against the Empire by Jefferson Starship. Later, nominations went to I Think We’re All Bozos on This Bus by The Firesign Theater (1972) and Blood!: The Life and Future Times of Jack the Ripper by Robert Bloch and Harlan Ellison (1978).

Another non-movie/tv work nominated in the Seventies was Phil Foglio’s 1976 cartoon slide show The Capture, which was accompanied by live narration and audience participation.

Every nominee after Hitchhiker’s Guide for the next 25 years came from film or TV. The division of the Best Dramatic Presentation Hugo category into Long and Short Form, effectively doubling the number of works nominated every year, did little to broaden the types of media represented in the award. What finally interrupted the long-lived movie/tv monopoly was the “Prix Victor Hugo Awards Ceremony (Opening Speech and Framing Sequences)” performed by Paul McAuley and Kim Newman at Interaction, the 2005 Worldcon, which made the final ballot in 2006. It also has the distinction of being the first live stage performance ever nominated. 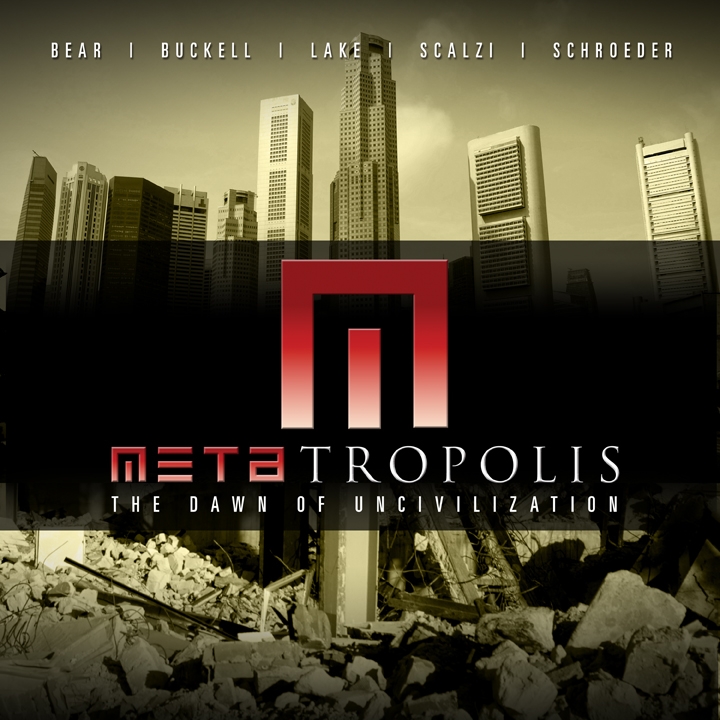