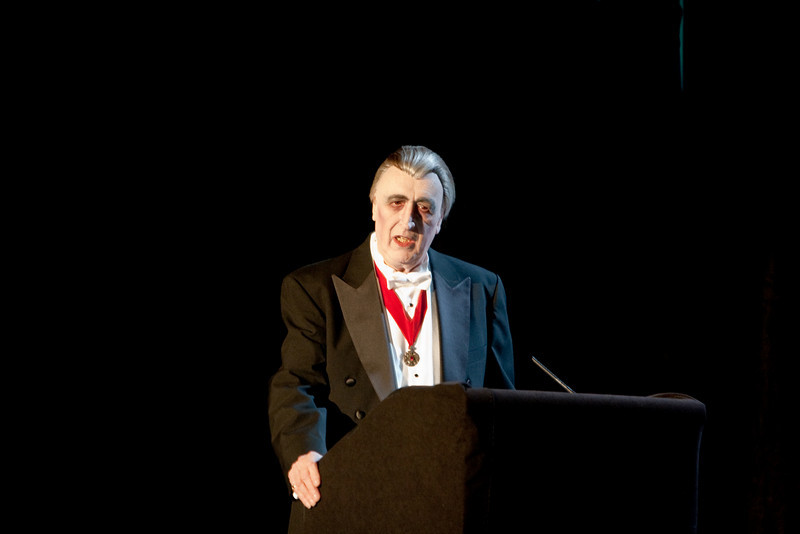 Two of those good people are shown above: Michael Walsh, of Old Earth Books, for Old Earth Books and especially for publishing Howard Waldrop, and Ellen Asher, who received a lifetime achievement award for her career at the Science Fiction Book Club. They are Heroes of Literature, the both of them.

Walsh copied the news to me in an e-mail titled “What happens to past worldcon chairs…” I hope Christian McGuire is reading — he’s always happy to hear we can go back to being useful members of society.

(The entire list of SFC Award winners is here.)

Michael Walsh borrowed Paul Revere’s horse and galloped by with this warning: “For the first time since 1974 the Washington SF Association will from February to August actually be meeting in … Washington!”

Old Earth Books (Baltimore). Other Worlds, Better Lives: A Howard Waldrop Reader, Selected Long Fiction, 1989-2003 is a companion to Waldrop’s selected short stories, Things Will Never Be the Same, a volume justly praised by a certain Washington Post reviewer of admirable perspicacity (me). Waldrop parodies and pastiches popular culture and literary tradition with seriously manic brilliance. See, in this volume, his novella-length retelling of the labors of Hercules in 1920s Mississippi, “A Dozen Tough Jobs.”

Michael Walsh of Old Earth Books happily passes along the good things a reviewer has to say about his new Howard Waldrop collection, “Others Worlds, Better Lives,” in the September 15 issue of the American Library Association’s Booklist:

Waldrop is an acknowledged master of the sf short story. This volume collects seven examples of his mastery of the lengthier novella and proves beyond much doubt that he is equally adept at it, too. “A Dozen Tough Jobs” transfers the Labors of Hercules to the 1920s South. “Fin de Cyclé” is a frank homage to Alfred Jarry, one of the founders of the Surrealist and Dada movements. “Major Spacer in the 21st Century!” essays an alternate history of the visual media and their consequences for the history of sf. “A Better World in Birth!” postulates the elimination of most of the classic nineteenth-century revolutionaries, including even Richard Wagner, in favor of, well, perhaps one could call them more constructive alternate figures, such as Bakunin, the father of collectivist anarchism. Add to this level of imagination outstanding clarity in the use of the English language and introductions that put each novella in the context of Waldrop’s long career, and you have a quite essential volume of his work.”

Worldcon coverage on the Internet – !

Fast Forward: Contemporary Science Fiction has posted a several-minutes-long video blog about Denvention Day 1. It’s rather good, too, mixing brief interviews with various fans (among them, Michael Walsh and Phil Foglio), shots of a Registration line already made notorious by Cheryl Morgan, and excerpts from Opening Ceremonies and a Rick Sternbach program item. The small-format video came through with jewel-like clarity on my computer. Highly recommended.