(1) CALL ME KATSU. The Awl author Silvia Killingsworth declares “You Can’t Make Me Call It A Robopus”.

“The researchers built another octopus-inspired bot called ‘Poseidrone’ that tackled the more difficult challenge of swimming. A few different tactics were employed before engineers decided the best swimming mechanism was to give up control of Poseidrone’s arms altogether. The end result is a little kooky-looking (think a chicken flapping its wings underwater), but it gets the job done.”

Biomimicry, soft electronics and smart control mechanisms help these robots get a better grip on a complex world

(2) MINNEAPOLIS MARATHON. David Stever writes: “We have a Twin Cities radio station KTMY that has touted itself as ‘all thing entertainment’ for the past few years (they have a gossip alert every 30 minutes throughout the day), and one of their sponsors has put together a Game of Thrones listener contest with a neat twist. Folks have been putting their names in to participate in a 46-hour Games of Thrones watching party by four individuals which will be followed by a GoT trivia contest to thin out the survivors, so that from the four, a single winner will be given two tickets for a tour of Iceland put together by a travel agency/sponsor.  If only it could have happened during Minicon weekend…

Click here for more information about The Nights Watch Marathon, a binge-fest of the HBO series presented by myTalk 107.1 starting April 19.

(3) KEEP REWATCHING THE SKIES. Hello Giggles found more candy in a Harry Potter movie — “This ‘Harry Potter’ professor got a new wand in the middle of the series and no one noticed”.

In the Harry Potter world, a wand is maybe the most important tool at a wizard’s disposal. In the real world, we obsess over each and every Harry Potter book and movie, searching for new tidbits we missed the first few hundred times around. Turns out, we’ve collectively missed one very big change involving a very big part of the wizarding world.

In Prisoner of Azkaban, Professor Flitwick, played by Warwick Davis, underwent some major, major changes. His entire look changed (and, we have to say, for the better)….

“I have two different wands in Harry Potter,” Davis explained. “In the first two films, when I played the older looking Flitwick, I had quite an intricate wand that consisted of many different materials. It was wood and it had a kind of pearlescent handle and then a kind of brass tip, and the brass tip connected with your hand.” …

EVANNA LYNCH: I think the big blank is her mom. I’ve always wondered what she’s like. We’ve just been told her name is Pandora and that she died doing an experiment, and I just wonder, I really am curious what was her relationship with Luna? Because obviously she’s so close to her dad, and I find that there’s always one parent that you have more in common with or that you confide in more, and I wonder … was that her mom? Or just what kind of person she was.

(5) CAMPAIGNER. James H. Burns has a bulletin from the political front:

I was at an event yesterday with President Bill Clinton, a local Long Island rally to help get out the vote for his wife’s Presidential run, in New York’s April 19th primary… [Here’s a video.]

It occurred to me how much of the President’s speech had a futuristic ring. (By the way, whether you agree with Mr. Clinton’s politics or not, he remains a charismatic, compelling, and humorous orator.) He mentioned that much of his work with his foundation (which has had success around the world with healthcare, human rights and “green” initiatives) has reinforced to him the importance of using available technologies in creative ways.

“We can have environmental policies that actually grow the economy,” said Mr. Clinton, citing the success of solar energy programs in Iowa, and other endeavors.

As to the obstacles by some factions to the implementation of certain new programs, Clinton stated, “That’s nothing new…  Rich people have always been greedy!”

It was under Clinton, of course, that the internet first flourished, which made another statement intriguing: “You can build all the walls you want around America; you can’t keep out social media.”

There was also one other idea that might strike particularly close to home, at least for those who remember a very famous William Shatner sketch (and this, from the most Kirk-like of our recent presidents):

“We have to take down the walls to participation,” said the President, referring to the continuing increasing costs of a college education, and student loans.  “College debt is the only debt in America that you cannot refinance…  A college education is a lifetime assset… Let’s make it like a mortgage…

“Then, everyone could move out of their parents’ house.”

In 1957, [Haggard] was sentenced to five years in California’s San Quentin State Prison for car theft and burglary.

The burglary charge resulted from an inebriated attempt to pry open the back door of a restaurant in broad daylight. After his apprehension, Mr. Haggard simply walked out of the Bakersfield City Jail.

Having embarrassed the local police with his escape, he was captured at his brother’s house in Lamont, Calif., 25 miles away. Mr. Haggard recalled in his 1999 memoir, “Merle Haggard’s My House of Memories,” written with Tom Carter, that he had been spotted earlier that day in Bakersfield wearing a propeller beanie as a disguise.

(7) LINES FOR FELINES. Ebook Friendly compiles fun examples of the Twitter meme “What if book titles were rewritten for cats?”

(8) BAUERSFELD OBIT. American radio dramatist and voice actor Erik Bauersfeld died April 3. He was the voice of Admiral Ackbar (“It’s a trap!”) and Bib Fortuna in Star Wars: Return of the Jedi.

BoingBoing has assembled a tribute with YouTube clips and links. 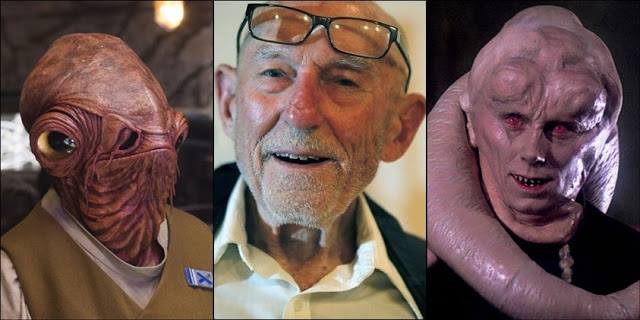 (9) DRAGON AWARDS: MORE REACTIONS. Kate Paulk and Vox Day both wrote about the new awards today. They reacted — with approval, naturally, but without implying they were aware it would happen.

I am registered to vote in the Dragon Awards and I would encourage you to do so as well. I’ll post my recommendations here the week after the Hugo shortlist is announced, in the event that any of you might happen to be curious about them.

Apparently someone at DragonCon has decided the field needs a new set of awards because, well… this. I like their set of categories: they fit nicely with the way the field is evolving, with no fewer than four game categories – one for each major type of game. Talk about comparing like with like.

They also separated comic books and graphic novels, and they have a dedicated YA category. Is that not wholly awesome?

Things aren’t 100%, yet – there’s a bit of a copy-paste artifact in their Best Fantasy Novel info that made me giggle but still… It’s nice to see a recognition that Fantasy is not Science Fiction is not Horror is not…

Even more interesting, the Dragon Awards are a complete people’s choice award. Anyone can sign up and vote, and it costs nothing. I’m really looking forward to comparing what comes out of the Hugo process and what comes out of the Dragon process – particularly in terms of numbers of voters and the like (hopefully the Dragon folks will be nice and give us that information to play… ahem… run statistical analysis with.

Sad Puppies was in it’s death throes a few weeks ago, according to them, and yet we also managed to manipulate DragonCon into doing our bidding.

But how often do you find Damien G. Walter in agreement with, in this case, nearly everyone?

(10) HEROIC PENS. New merchandise in the virtual window at the iPenStore —

(12) THESE ARE THE JOKES. Horrible Tolkien-themed pun in Dan Thompson’s Brevity cartoon today. (In other words, I laughed…)

While it may be true that in space no one can hear you scream, they will be heard loud and clear on April 26, 2016 as Alamo Drafthouse and Mondo join in on 20th Century Fox’s nationwide celebration of LV-426 / ALIEN DAY / 4.26.16  – a date paying tribute, of course to the desolate LV-426 featured in both films.

While the Alien Queen instantly became the stuff of nightmares, it is the three female leads who hold iconic status with fans everywhere. In response, Alamo Drafthouse and Mondo are pleased to announce that star Academy Award nominated and Golden Globe winner Sigourney Weaver – Ellen Ripley herself – will be on hand for a screening of ALIENS at New York City’s Town Hall. Meanwhile, in Los Angeles, Jenette Goldstein – AKA the tough-as-nails Private Vasquez – and Carrie Henn – the indomitable Newt – will be in attendance for ALIENS at The Theatre at the Ace Hotel – just around the corner from where Alamo’s first LA location is now under construction.  And last but not least, Alamo and Mondo will co-present a terrifying ALIEN + ALIENS double feature at Chicago’s beloved arthouse titan, The Music Box Theatre.

Universal Pictures is now working on a reboot of The Mummy franchise in order to launch a rebooted version of Universal’s shared monster movie universe. Action veteran Tom Cruise (Mission Impossible: Rogue Nation), Annabelle Wallis (Peaky Blinders) and Jake Johnson (New Girl) are starring in the film, with Alex Kurtzman (co-writer of Star Trek and Star Trek Into Darkness) in the director’s chair. The plot sees Cruise’s ex-Navy SEAL take on a Mummy that is being played by Sofia Boutella (Kingsman: The Secret Service).

Coming Soon has posted the first set photos of Cruise and Wallis – who, in the latter’s case, is playing an archaeologist – filming scenes in Oxford, England for The Mummy reboot. The pictures show a night shoot somewhere in the center of the famous university city. While these images don’t really give much away, what the photos do confirm is that the film is set in the present day (as previously reported), as we can tell by the contemporary clothing being worn by the pair – something that makes all the more sense, what with Cruise playing a former Navy SEAL….

The first photos of Tom Cruise on the set of The Mummy! https://t.co/jMoB75dIbo #TheMummy pic.twitter.com/vaPLiKYTVn

[Thanks to John King Tarpinian, David Stever, Martin Morse Wooster, and Will R. for some of these stories. Title credit goes to File 770 contributing editor of the day Chris S.] 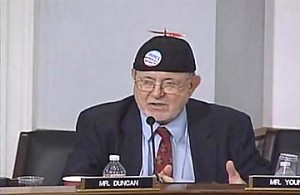