The 2020 FAAn Award winners were announced at Corflu 37 in College Station, TX on March 15. (Via Janice Hillman on Facebook.)

The Nova Awards celebrate achievement in British and Irish science fiction fanzines. The 2013 winners were announced this weekend at Novacon 43 in Nottingham, UK.

This is Meara’s first win.

D. West has won 11 Nova Awards going back to 1984 – including one as Best Fanwriter.

The 2012 Nova Awards for excellence in British and Irish fanzines were presented November 11 at Novacon 42 in Nottingham, England.

Most people visit Strange Horizons to read the fiction, I’m sure, but since you’re among the select few who visit my blog the odds are if you go there it’s to read Mark Plummer’s column, just like I do.

Whatever your reason, now is the time to show appreciation by supporting the online magazine’s fundraiser.

Founded over a decade ago by its first editor, Mary Anne Mohanraj, Strange Horizons is staffed by volunteers, and is unusual among professional sf magazines in being funded entirely by donations.

These days Niall Harrison is editor-in-chief, fiction is handled by senior editor Brit Mandelo and editors Julia Rios, An Owomoyela and Jed Hartman, and many others run departments and support the work.

All donors are entered into a prize draw which includes novels by Alaya Dawn Johnson, Mary Robinette Kowal, and Angelica Gorodischer, original artwork by Alastair Reynolds and Marge Simon, magazine subscriptions, and tarot readings. Prizes will be announced in batches throughout the month of October.

END_OF_DOCUMENT_TOKEN_TO_BE_REPLACED 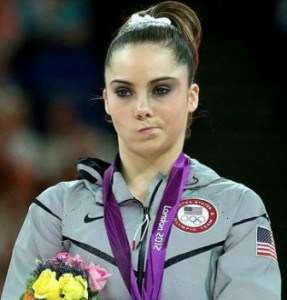 The winners of the 2012 FAAn Awards were announced April 22 at Corflu Glitter. Here are the results posted by Geri Sullivan.

Mark Plummer’s new Paraphernalia column for Strange Horizons, Disclosing the Ancient Mysteries, arbitrates the controversy between rulesmakers and bloggers who want to be eligible for the Best Fanzine Hugo.

He uses my post Bleep My Dad Says About the Fan Hugos to lead into the topic, which I might take as a compliment but for the hints that I indulged in a wee bit of exaggeration about the number of bloggers who are upset by the situation:

I’m always slightly troubled by vague statements like this which lack any real citation or attribution. Just how widely held is this paraphrased opinion? Sufficiently that it could in any way be interpreted as a movement? Or is it just a couple of people? Or one? I don’t think I’d seen anything matching Mike’s characterisation myself…

Mark, permit me to be your Google research monkey.

The Best Fanzine category is one of the oldest Hugo Awards, but it is currently embroiled in controversy. Traditional print fanzines are still around, though both their numbers and their readership are dwindling, and in recent years the fans have been nominating things like e-zines, blogs, and podcasts in this category. Last year at Reno, a rules change was enacted to exclude all those new forms of fanac from this category. If that change is ratified in Chicago, Best Fanzine will once again become the exclusive property of traditional fanzines. If you don’t own a mimeograph machine, you need not apply. However (1) the change needs to be ratified, if it is defeated at this year’s business meeting, it will not take effect, (2) it is NOT in effect this year, so this may be the last year when e-zines, blogs, and podcasts can be nominated. As I think you can tell by my sarcastic tone, I am opposed to the change. I think there are some great fannish blogs and e-zines and podcasts out there, I think they are the future, and I’m going to nominate a bunch of them.

George proceeded to list his nominees. When the final Hugo ballot comes out we will discover just how influential he is.

Aidan Moher amplified George’s case in Hey, GRRM agrees with me! (with links to Moher’s own posts on the same topic and his own set of recommendations).

I’ve helped engineer hoaxes now and then (remember the fake Cleveland apa, Elst?). Not this time. I did not make up the bloggers’ outrage about the Best Fanzine category..

I should also say that Mark’s transition from my post to his comments on Ian Mond’s Let’s Replace the Best Fanzine Category with Best Blog, which uses humor with mortal effectiveness to reinforce all the clichés about superannuated fanzine fans, may have left readers with the impression my views are opposite what they are – it’s not part of my mission to keep blogs out of the Best Fanzine category.

Rather, what I said irks me is the annual effort to generate a dogpile that produces a block vote for a representative Hugo nominee. It’s that need to artificially create a groundswell that turns me off. The annual blogger’s Occupy movement. I don’t object to blogs. I object to Hugo nomination campaigns.

I also question the beneficiaries of this energy. Have they been the kinds of blogs fans complain are being unjustly excluded? Of course not. Not in the Best Fanzine category. Steamrolling over the field in 2009 was a fiction zine, Electric Velocipede, and in 2010 a podcast, Starship Sofa.

The campaigns of 2009 and 2010 helped mobilize effective opposition and led to the rules change George R.R. Martin and others dislike. What if the fans supporting this trend had used their political capital to nominate the quality blogs they protest are being unjustly overlooked? Often it is wisest to start as you mean to go on. Had supporters of blog eligibility chosen to do so it would have been harder to characterize the results as a hack of the Hugo Awards that demanded a rules fix.

At Renovation I attended “How Did We get to Where We Are? A Brief History of the Hugos” with Vincent Docherty, Janice Gelb, Rich Lynch and Mark Plummer, who each contributed interesting stories and exotic trivia.

The fascinating research Mark Plummer shared from 1953 Worldcon progress reports with the committee’s explanation of its newly-invented award is further discussed in his column for the August 1 Strange Horizons, “Rockets in Reno.”

For example, I had never before heard that the 1953 committee encouraged participation by announcing in-progress voting results. Mark says in his column:

Progress report 4 was issued on 1 August 1953 and contain[ed] an update on the voting…. We can see, then, that about four weeks out The Demolished Man was leading over The Long Loud Silence for novel; “old-timer Forrest J Ackerman and new-timer Harlan Ellison” were splitting the votes for Fan Personality….

While remarkable in its own right – such a practice would set off a riot in the blogosphere nowadays – Mark’s information could have been used to immediately settle an old argument if anyone had been aware of it at the time: the question of whether Forry Ackerman’s first Hugo had really been voted by members or was merely the equivalent of today’s committee awards? (See “Ackerman’s Hugo” and “Listing to the Other Side” from 2009.) Since Ackerman and Ellison were “splitting votes for Fan Personality” clearly there’s no room for doubt that the award was put to a vote.

If you have an interest in this slice of fanhistory Mark’s column is well worth your time.

Mark Plummer of Banana Wings has launched a new column about fandom, “Paraphernalia”, at Strange Horizons. Mark’s opening installment takes Susan Wood’s old “Clubhouse” column in Amazing and her experiences at the first Aussiecon (1975) as the starting point to compare science fiction fandom then and now. It’s a fine read.

Strange Horizons is a weekly web-based sf magazine publishing fiction and features. Editor Niall Harrison says “The idea is that Mark will be writing about fans and fandom, trying to do a little bit to bridge the gap there seems to be between different fannish worlds these days.” Columnists are on an 8-week rotation, so Mark’s next appearance will be in August.

Mark is off to a flying start.