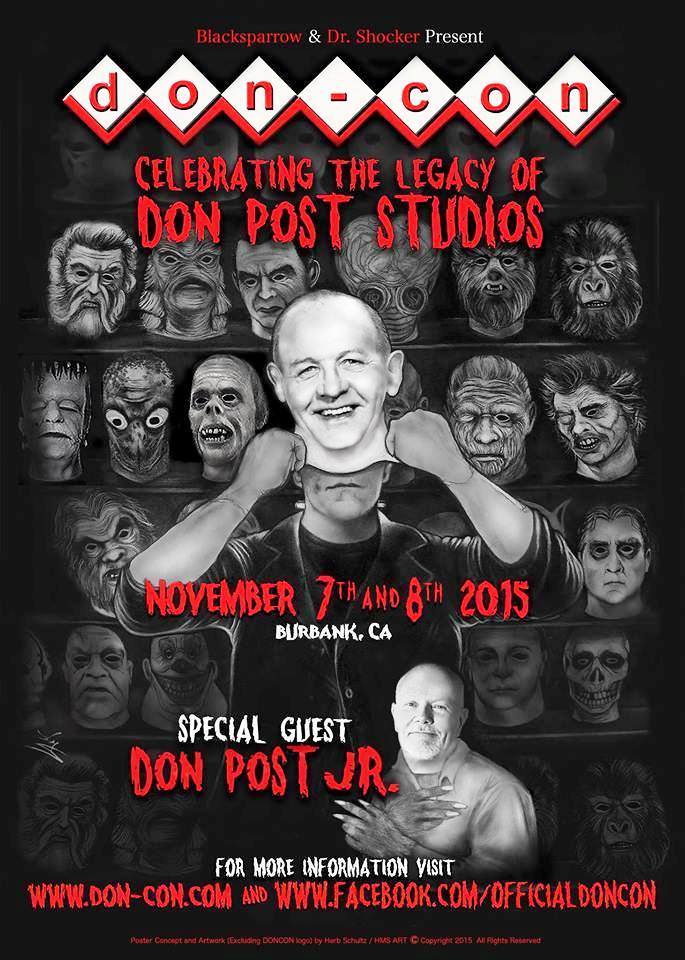 Don-Con will feature guests from the mask-making, special effects and monster community at a two-day event in Burbank, CA on November 7-8.

Don Post, Jr., Academy Award-winner Robert Short, and author of The Illustrated History of Don Post Studios Lee Lambert, and over two dozen other guests will be present.

Available exclusively at Don-Con will be a new edition of Lambert’s book, with 100 additional pages of new material and an elaborate latex slipcase sculpted and produced by Greg Duffy and Creature Revenge Studios. Pre-ordered copies can be picked up at Don-Con, and each order comes with a free admission. 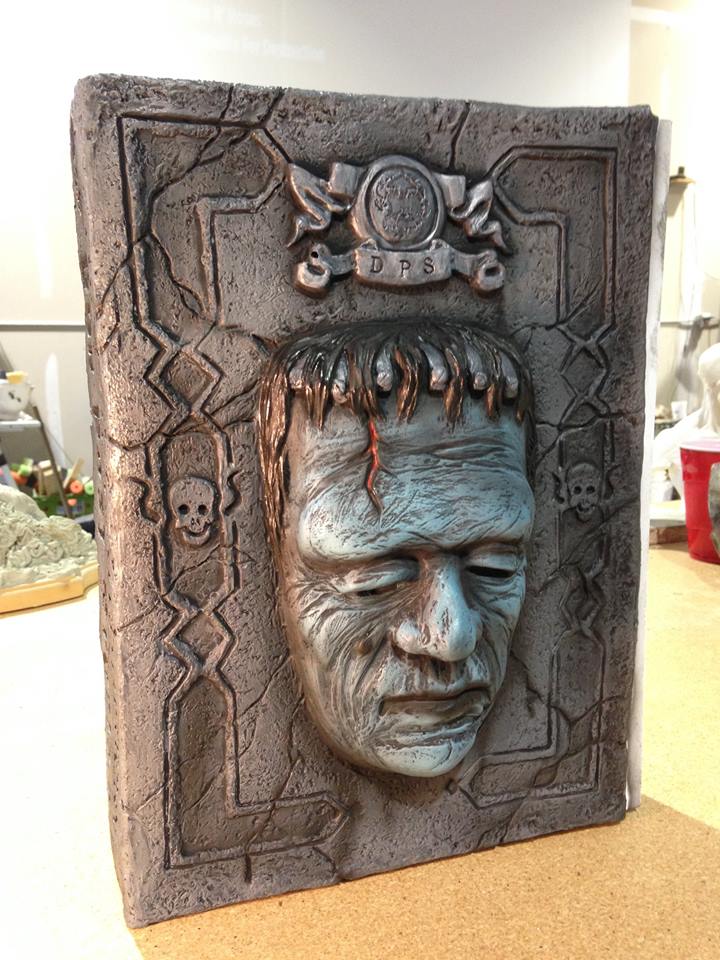 Lambert modestly commented about his project —

While I have spent close to two years writing this book, I’m still uncomfortable with calling myself its author. That struck me in October of 2013, at the Son of Monsterpalooza show in Burbank, California, when I observed Don Post Jr. reminiscing with Bob Short and Bill Malone, two of the artists he employed in the 1970s. As they were looking at enlarged vintage catalog pictures and talking about the locations, props, and who was modeling what mask, it dawned on me that the Posts, along with everyone who worked for Don Post Studios, were the real authors of this book. These are their stories.