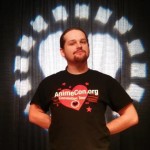 MetaCon owner and AnimeCon.org CEO Ryan Kopf reportedly attacked vendor David Silvieus of “PLUSH in the USA” in the dealers room at MetaCon this past weekend reports Trae Dorn of Nerd & Tie.

MetaCon staffers challenged Silvieus about selling bootleg merchandise at his table. There was a vocal exchange and Silvieus was asked to leave the event, which he stated he would do only if police made him.

Police were summoned. While waiting for them to arrive, AnimeCon.org staffers placed chairs in front of Silvieus’s PLUSH in the USA table and sat in them, blocking access to the booth.

Kopf was in one of the chairs. Action ensued, possibly involving Silvieus trying to move Kopf’s chair.

Silvieus alleges that Kopf then stood up and came at him, punching Silvieus five times. Silvieus states that he then tried to defend himself, and found himself tackled by, and I quote, a “400 pound plus guy and other volunteers of the show.”

The report’s author, Trae Dorn, further alleged in a comment:

Cay Combs has admitted to choking Silvieus on his facebook page, which is a whole other legal issue…

I hope it’s a lesson learned if you put your hands on one of my best friends I will choke you out no matter who you are, regardless of location or environment.

Combs responded to Dorn’s story by posting a graphic with the caption “fight me you lil bitch” and the comment:

That face you make when a some scumbag wanna be “journalist blogger” writes an article about you and an incident at con. That misconstrues the entire truth of what really happened…..

Combs then posted his own allegations about the encounter:

To sum it up pretty much a vendor at a con was selling bootleg Nintendo, kingdom hearts and Pokemon materials. As the director of communications I was woken up by the head of dealers to intervene after he had been rude and sexist towards all of the dealers staff and the head of dealers who all happen to be female. After assessing the situation and speaking to him politely. I confirmed he did not have proof of purchase or licensing for said products. So we served him a formal letter of ejection from the event. He refused to Leave and continued to sell the bootleg materials. Which is not only a legal matter but also disrespectful to the other vendors. The hotel asked him to leave and he also refused. Then the owner my best friend put two chairs in front of the booth and set there with the head of ops directing people away until the police could arrive the vendor then decided to grab my best friend throw him out of the chair and punch him in the back of the head. My friend then defended him self. I warned the vendor if he tried to attack the owner/my best friend again I would subdue him. Which he did and I proceeded to choke him out until he agreed to let go and calm down. Once he tapped out I let go and then then the police arrived.

Silvieus told Nerd & Tie that he has obtained legal counsel and plans to press charges.