He lands up sleeping on books quite a lot, as the bed is his favorite place, and I often nod off myself while reading. 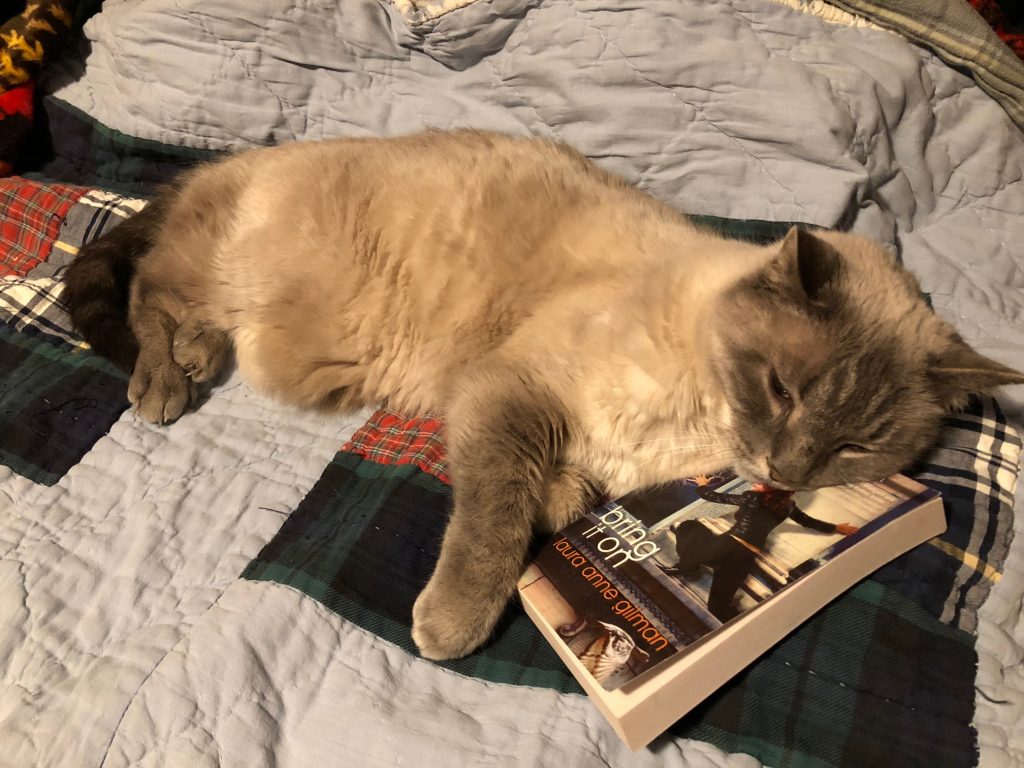 Legendary Minneapolis sf store DreamHaven Books, which has been operating on a limited schedule since 2012, will be open five days a week starting in April.

The change has been made possible by a new partnership between owner Greg Ketter and Alice Bentley, who is moving to Minneapolis to oversee and revitalize the store.

The duo have partnered before. They co-founded Chicago’s bookstore The Stars Our Destination in 1988. Bentley became sole owner in 1994 and carried on business until 2004 when she closed the Chicago store and moved to Seattle.

With Bentley arriving in early April, DreamHaven will be open Tuesdays through Saturdays, from Noon until 6:30 p.m.

“We’re both very excited to be working together again” says Ketter. “We’ve been friends forever and have always made a great team. There will be some visible changes throughout the store, as we fight about what’s right and what’s wrong with the current store, as well as less visible things.”

Bentley adds “I look forward to using my love of working retail and my delight with spreadsheets as ways to return to immersing myself in the world of speculative fiction. Expect many lists to emerge.”